Scene from Nobody Claps Anymore series.

From Start to Finish

An interview with Alec Dawson

Q: How or when did you get serious about photography?

A: I started doing photography in 2007.  From 2008 until 2011 I was an obsessed hobbyist doing mostly fairly pedestrian art nude photographs.  2012 marked a significant change in the way that I saw what I was doing and how I would approach it.  For the last three years, I’ve stepped up my game significantly.  However, time will tell where my photography will go from here.  In a few years, I might think the work that I am doing now is blasé. Who knows?

Q: Is there an image or a photographer that has had the most influence on your work?

A: The tableau vivant works of Gregory Crewdson (e.g. Beneath the Roses) have been a large influence my Nobody Claps Anymore series.  The distinguishing feature between my works and Crewdson’s is that most of the scenes in Nobody Claps Anymore are authentic.  They were sets that were constructed or actors that were procured.  MyNocturna series is influenced by Patrick Joust’s street photographs which are taken at night, as well as Catherin Colaw’s Face Down series.  My Diplopia series is influenced by the works of Studio Manassé.

Q: You trained as a civil engineer. Did that career have any influence on the type of photography you are doing now?

A: My career and training as a civil engineer has done nothing to influence the type of photography that I do.  It does, however, inspire me to get involved in work in which I have a higher degree of control.  As a civil engineer, I have been involved in the design of major transportation projects.  Often, engineers in this field have a limited ability to affect the overall outcomes of the projects.   They take a lot of effort under considerable consternation to develop.  Art photography is an outlet for me to express how I feel and to take a project from start to finish without anyone telling me that I cannot do it.

Q: Your “conceptual photography” shows mainly the darker side of life.  Do any of your ideas come from your personal experience?

A: Ansel Adams is correct when he said, “There are always two people in every picture: the photographer and the viewer.”   All my photographs express some aspect of my inner psychology.  The photographs express my quiet desperation, my loneliness, and my longing to be desired.  However, only a couple of images within my work actually depict real things about my life.  I’m embarrassed to point out which of these photographs they are in this interview, as they are fairly personal and somewhat self-deprecating.

Q: Your series show a lot of technical skill. With no formal training, did you learn by just trial and error?

A: My technical training is limited to a couple of analog B&W processing and darkroom printing classes and one lighting class.  However, most of my chops have come from trial/error, and observation of lighting in the real world.

The most important aspects of photography, however, are the non-technical aspects.  This is an area that I have been putting more cultivation into since 2012.  Stepping up my game is become more and more challenging.

Q: Again, one can tell a lot of planning goes into your work. How do you prepared for a shoot?

A: I actually don’t plan much of my work.  I am guilty of being fairly lazy and simple as to how I approach my work.

For scenes in my Nobody Claps Anymore series, I appropriate the real life settings where people live.  What I do is establish the composition, lighting, mood, and suggested narrative.  However, I don’t build those “sets” from scratch.  Most of them are largely authentic.  What takes Crewdson a month or more to create in Beneath the Roses, I achieve in half a day.

For my Nocturna series, all I would do is go for a walk with the model in dark neighborhood.  I’d find a spot where the lighting was favorable/inspirational.  I’d set my camera up on a tripod and test the exposure.  The model would disrobe, place herself in the scene, and I would take a few photographs.  We’d pack up and move to another spot.  Typically, I would get at least 10 solid photographs from a single evening of walking around.

Diplopia would involve using available sunlight, maybe an abandoned location, double exposures, gestalt, forced perspective, and a nude woman.  We’d work all day until we were tired or bored.

Q: Do you have a favorite image that you have created?

A: I’m not sure I have a specific image that stands out beyond the rest.  However, I’ll pick a few here that are some of my better images. 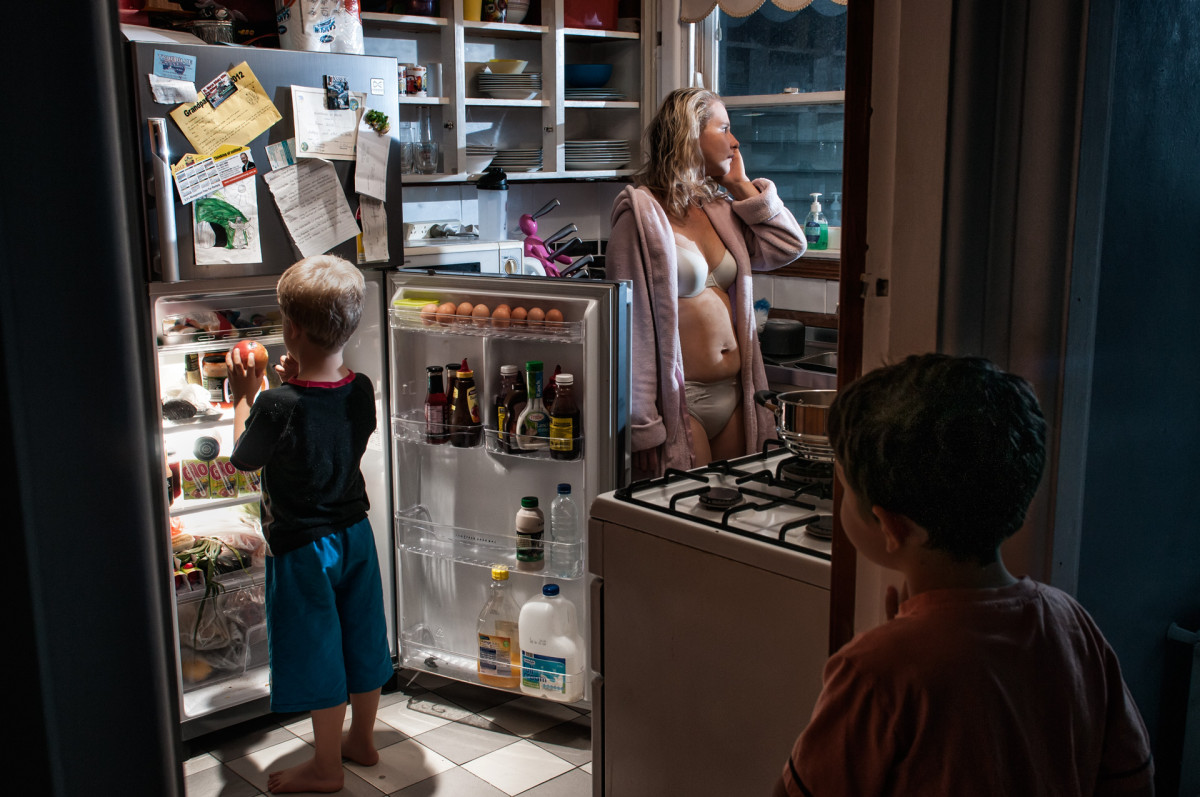 This image, above, was an early photograph that was taken for my Nobody Claps Anymore series.  The photograph features Rosie and two of her older boys and was taken in her kitchen. 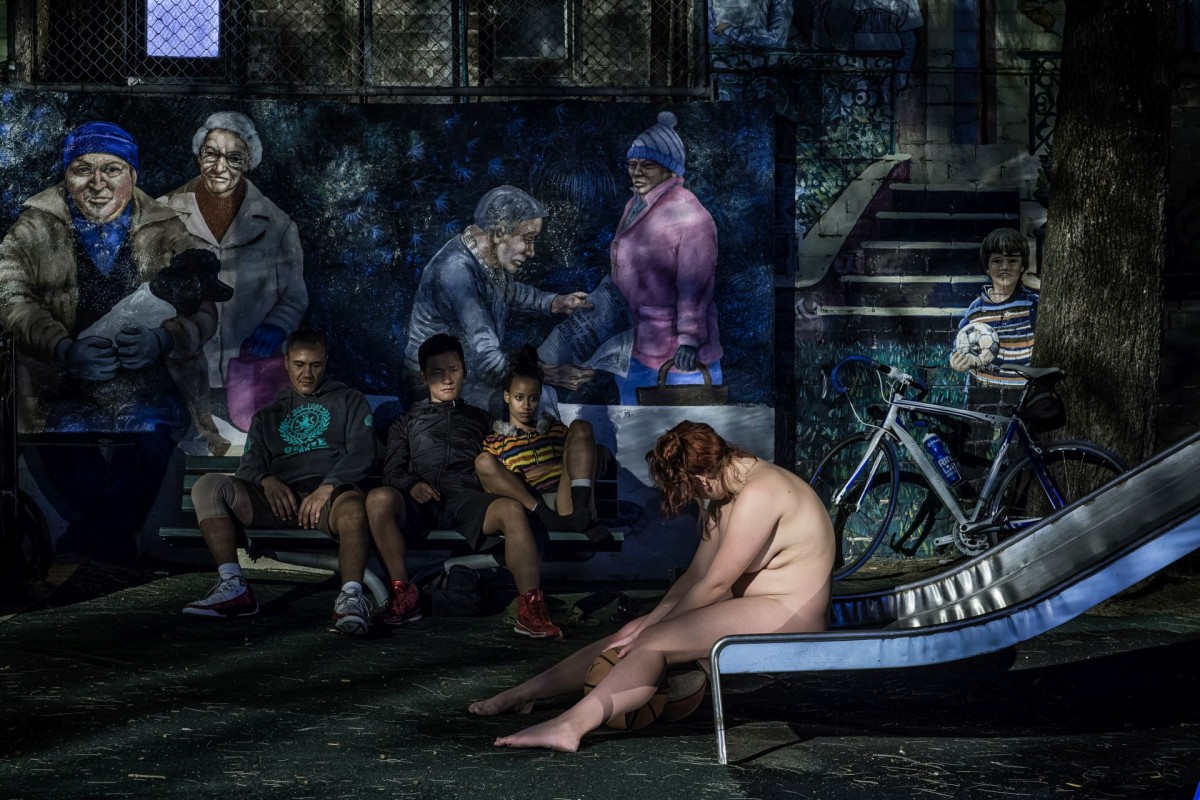 This image, above, from my Nocturna series is a metaphorical depiction about my feelings of vulnerability, exclusion, and alienation by other kids on the playground. 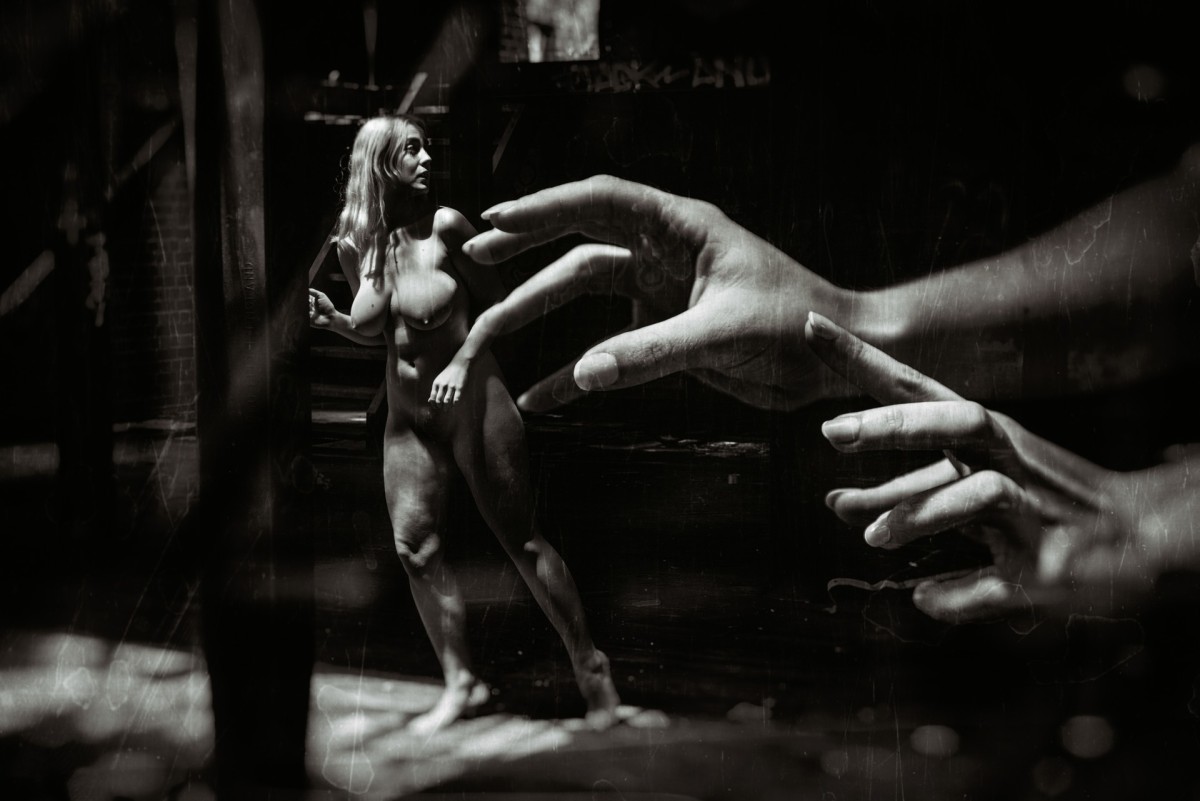 From Diplopia, the image above is a representation of the youthful objects of desire that are escaping my grasp as I get older.

Q: What more can we expect to see from your photography in the future?

A: I don’t know yet what I will produce.  It is becoming increasingly challenging to find a new body of work that is worthy of my time and investment.  I want to avoid a lot of the tired clichés that are making the rounds in the photography scene.  Many of the approaches rely on the same formulas and it is challenging to find a topic, language, and method that will separate my work from the rest of the herd.  But keep your ears to the ground, as soon as I leave this period of crisis, I will hopefully emerge with something special.

This interview was conducted via email in March-April 2015.

Alec Dawson is a Mexican-American photographic artist who has been doing art photography since 2007. Alec was born in Mexico City in 1975 and has lived in the United States of America, Mexico, Dominican Republic, Turkey, and Australia. Alec studied and received a degree in Civil Engineering from the University of California, Berkeley and has worked as a consulting engineer in that field since then. He has no formal training in the arts and is almost entirely an auto-didact on the subject of photography. Alec enjoys exhibiting his photographic art on the internet and local exhibitions as well as giving lectures to photographic societies.

Chuck Haupt is photography and layout editor of Ragazine.CC. You can read more about him in About Us. 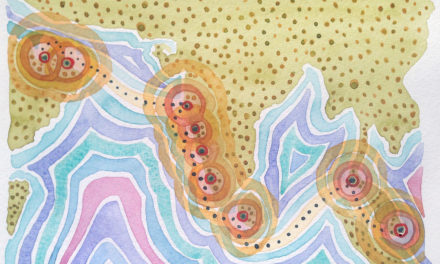