Hunger and Hallelujahs by Philip Elliott

The unnamed Irish girl at the heart of the nine flash fictions that make up Philip Elliott’s prizewinning chapbook, Hunger and Hallelujahs, is, as the title suggests, on a quasi-religious quest of self-discovery as she wanders across the United States, a junkie mendicant in search of her soul.  In some ways she seems like one of the nihilistic 1980s’/1990s’ party girls that Jay McInerney chronicled in fiction, only she’s grittier, more self-reliant, more on a mission.  “We’re all just waiting for our moment to redeem ourselves,” she observes at the conclusion of “Cocaine and Karaoke,” after she and another random character dump the dead body of a person they’d been trying to rush to a hospital.

Each of the nine stories is like a flashbulb of illumination, in the manner of flash fiction, but the series also forms a very loose narrative. When we first meet the protagonist, she is hitchhiking in an Alabama rainstorm, having been dumped by her previous ride for refusing to give the driver a blowjob. “Saviours don’t come out of the rain,” she observes, to start the story, our first introduction to her. She is picked up by a Bible-thumping ex-con who is just out of prison, going home to his true love, a woman called Darlene. We learn that her vague plan is to go out to Hollywood and become a star, but mainly she is driven by her drug addiction.  At the end of this initial story, “Child of God,” the Bible-thumper is killed in a freak traffic accident that the protagonist survives. “I remember feeling jealous of him, wishing I had something so whole and dripping with meaning, bursting with purpose, to pursue so recklessly and obsessively, even madly.”

By the sixth story, “Track Marks,” the protagonist is deep into her addiction, working as a waitress, trying to hide the marks in her arms where she’s been shooting up, and yet, she shows her humanity when her boss cruelly mistreats a homeless man, and this may indeed be her “moment of redemption.” Her boss has threatened to fire her for talking back, but she rebukes her on principle:

“I will not work for someone who treats a human being that way. A poor old man with nothing. You should be fucking ashamed of yourself. And yeah, I’m a no-good junkie. I inject drugs into my goddamn veins to feel alive. But at least I’m not a soulless bitch.” Yay! The reader wants to stand and applaud!

But then the story concludes: “The powerless days had begun.” In some sense, she has bottomed out, and indeed, we next encounter her as a patient in a detox clinic in the flash piece, “Inpatient.”   Here, a woman she becomes close to dies, a suicide.

Indeed, there are many deaths in Hunger and Hallelujahs. The driver in the first story, “Child of God,” is killed in the highway collision, the random character in “Cocaine and Karaoke” is killed as a result of a bungled robbery attempt, and now the suicide in “Inpatient.” In addition, there’s an emergency CPR incident in “Resuscitation,” where the protagonist is being counseled by a well-meaning stranger to get off drugs and straighten out. It’s not an uneventful life!

But by the penultimate story, “God’s Rejects,” after the detox, she has kicked the habit. Forty-three days of being straight when the story starts, in fact. She meets another junkie who is trying to quit (she thinks of themselves as “God’s rejects”), but he becomes dependent on her and she flees.

Which brings us to “Beach Sunrise,” the last story, whose very title suggests the redemption she has been seeking all along, however provisional it may ultimately feel to the reader. For she’s been plagued by a loneliness, an aimlessness, throughout the book, and here she is awakened by friends to a surprise birthday celebration on the beach at sunrise. We’ve met Alice, Dave and Julie before, in “Cocaine and Karaoke,” though indeed the reader wishes these characters had been more fully developed, but they make the Irish girl feel welcome in the world. The collection concludes: “I had never imagined, never even dared to dream, that there might be a place for someone like me.”

The language and imagery in Hunger and Hallelujahs are vivid and original and hold the reader’s attention. Take this description of a man she encounters in a laundromat in “Hole,” who has a big hole in his cheek “where a rosy cheek would have been”: “…the hole grinned too, and for a moment [it was] no longer a hole but a grotesque second mouth, until he stopped smiling and it became a hollow in his face again.”   Readers who appreciate Burroughs, Kerouac and the world of the Beats will certainly enjoy Hunger and Hallelujahs, both for the world it portrays and the longings the characters pursue.

Charles Rammelkamp is Prose Editor for BrickHouse Books in Baltimore, where he lives, and edits The Potomac, an online literary journal – http://thepotomacjournal.com . His photographs, poetry and fiction have appeared in many literary journals. His latest book is a collection of poems called Mata Hari: Eye of the Day(Apprentice House, Loyola University), and another poetry collection, American Zeitgeist, is forthcoming from Apprentice House. 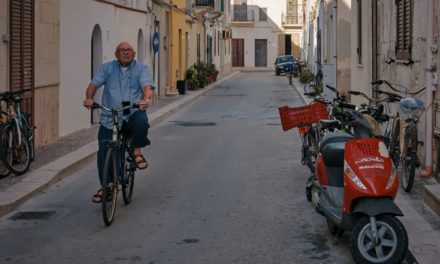