Just Friends and Lovers – Her Most Criminal Crimes/by Fred Roberts 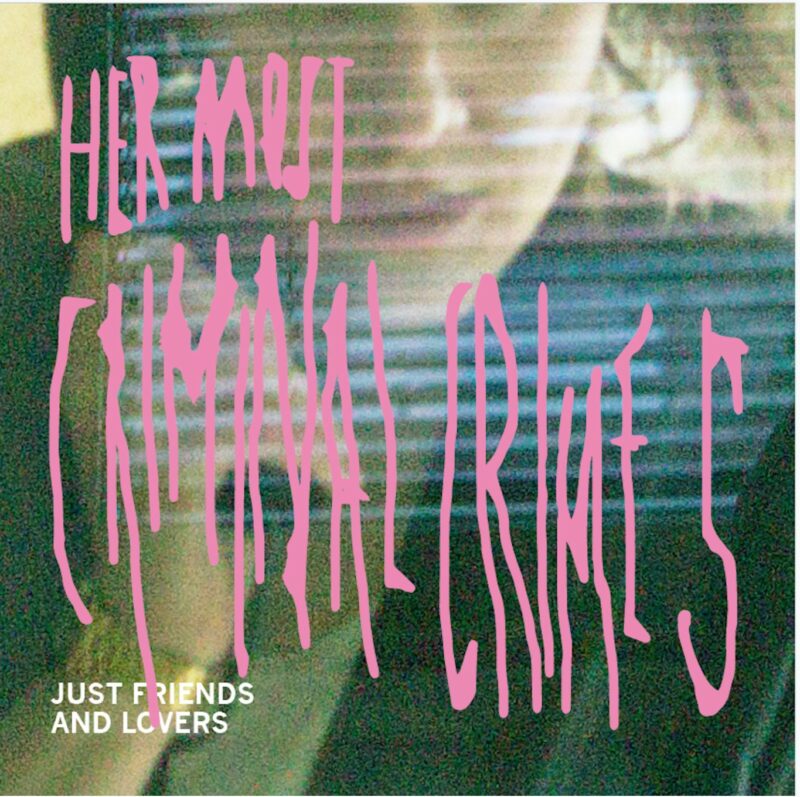 JFL Unwraps the Candy in “Crimes”

About a year ago the trio Just Friends and Lovers (Veronika Adamski, Lina Gärtner, Magdalena Gasser) moved their base of operations from Graz to the big city Vienna, and now follows their second album since What, Colour? (2013). It’s a wonderful plate of candy for their fans, with a full cycle of new songs as well as the definitive version of singles that have existed for some time in a proto-form. Their style has reached full bloom in a grooving realm of garage-pop-punk focusing on themes of protest, empowerment and the “crimes” of not doing what is expected of you: Her Most Criminal Crimes. 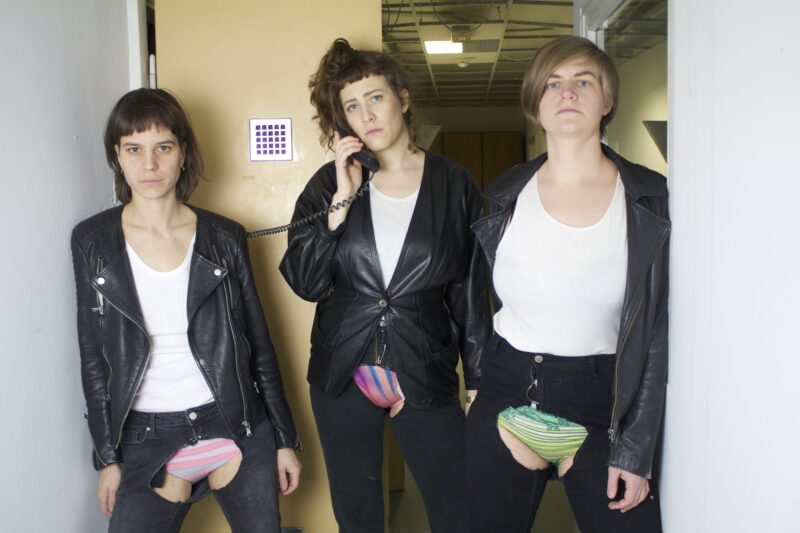 Old favorites, Isaac, The Field, Showdown, Power and Maria are presented in their definitive form, benefiting from the numerous performances on the road. Isaac, as the opening track, may well become their anthem, of ladies not afraid to take the initiative. At the same time the mantra “Isaac’s hot” seems to transform itself into the hidden message “I sex hard” confirmed by the less subliminal statement about unwrapping the candy: “open up the dress to get access to the nipples.” Showdown is as tantalizing as ever. It’s the band going down on your mind, with a sexual act described as a breakdown (in resistance?) and the will for a showdown, though a showdown always has to have a winner. The version of Maria is love in slow motion, 1950s feeling. Dance and don’t worry about tomorrow.

The new song Shot seems like a sister to Hey Joe, about a female shooter but much more sinister and determined. Where Hey Joe is about blind rage, Shot tells of a cool, calculated act that no one ever expected to happen, a lady shooting (fighting back) without permission. Take note: In oppression there are no rules of engagement. The Field, a song of self-esteem with a slightly dark side could be a prequel to Shot, stating “she’s loading up the gun, my friend, you better run.” Role Model is another killer track premiering on the album and allowing multiple interpretations. To me it suggests moving away from the image of a woman as a standard of beauty to emulate, but rather to emulate her actions (which are invisible in the image). Anyone who ever felt a disturbed emotion will identify with the intimate account of Been Around: “secrets you can’t tell, not even your best friends.” It’s like the night before Sunday Morning (Velvet Underground) “I’ve got a feeling I don’t want to know.”

All in all Her Most Criminal Crimes delivers an unambiguous statement of empowerment for oppressed persons, genders or orientations. Resist actively, never become passive, is one of the underlying messages that reverberates throughout. The band itself stands for total equality, with Vero, Lina and Lena often trading vocals and instruments on different songs, nevertheless delivering a solidly consistent sound. Tasty bass lines, guitar riffs varying from sweet to underground, four-dimensional drumming that rides the song out on a wave. Following any of the separate parts is a grand ride. Wrapping your mind around the whole is a revelation.