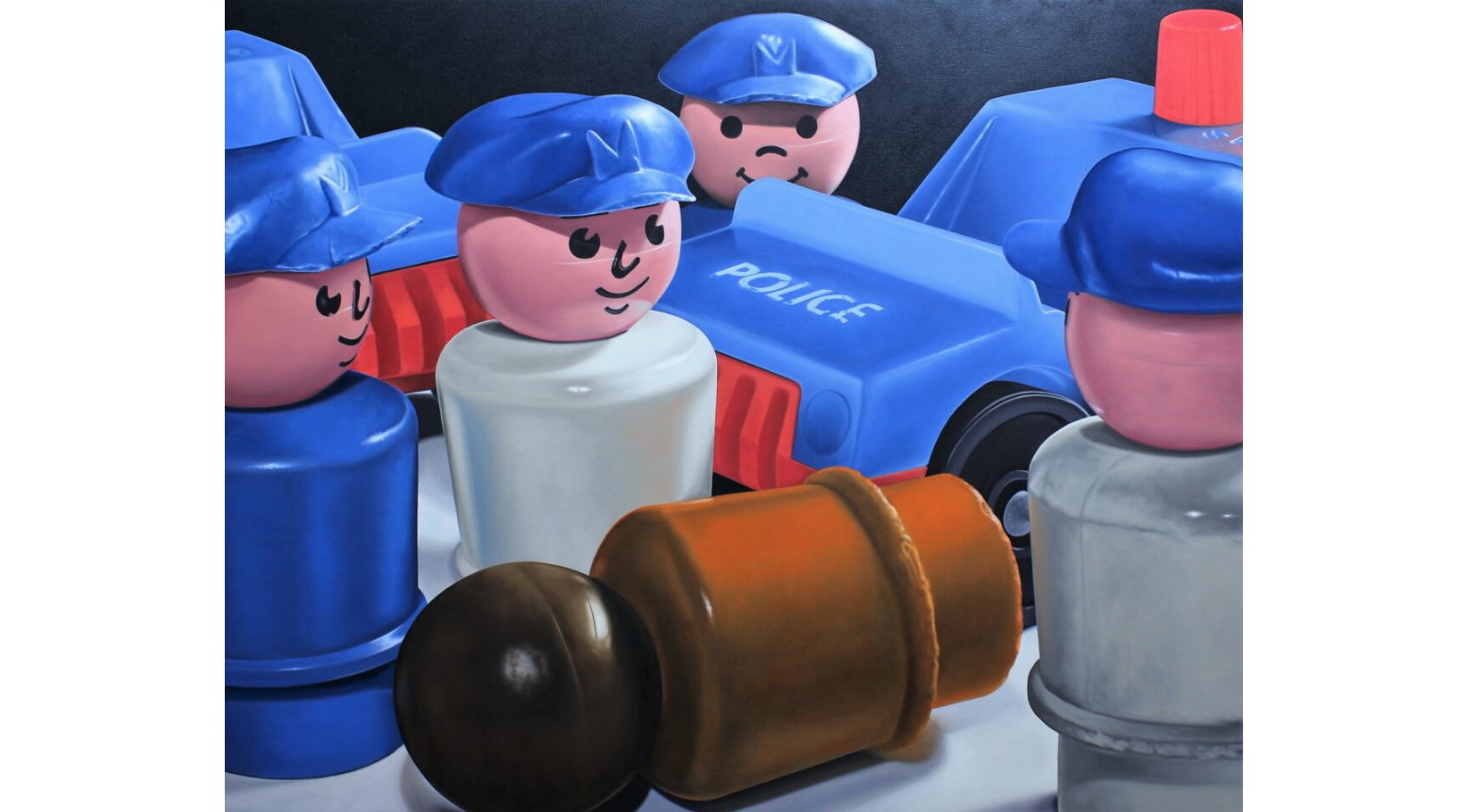 A. J. Fries | In The Mind of the Beholder

This ongoing series started with simple portraits of the toys I remembered from childhood, evoking the nostalgia and celebrating the simplistic brilliance of their design. Well-loved and enthusiastically played with, these portraits remind the viewer of the world they left behind when they grew up. From there, I erected slightly more complex arrangements, grouping them as a child would set them up. In this manner, I used the toys to replicate a child observing the world around them, seeing and hearing events unfold and, in their developing mind, reenacting these moments. What transpired where groupings that depicted social and political issues; going further, paintings that confronted subjects in troubling and horrific situations yet still mimicking the various ways children play. 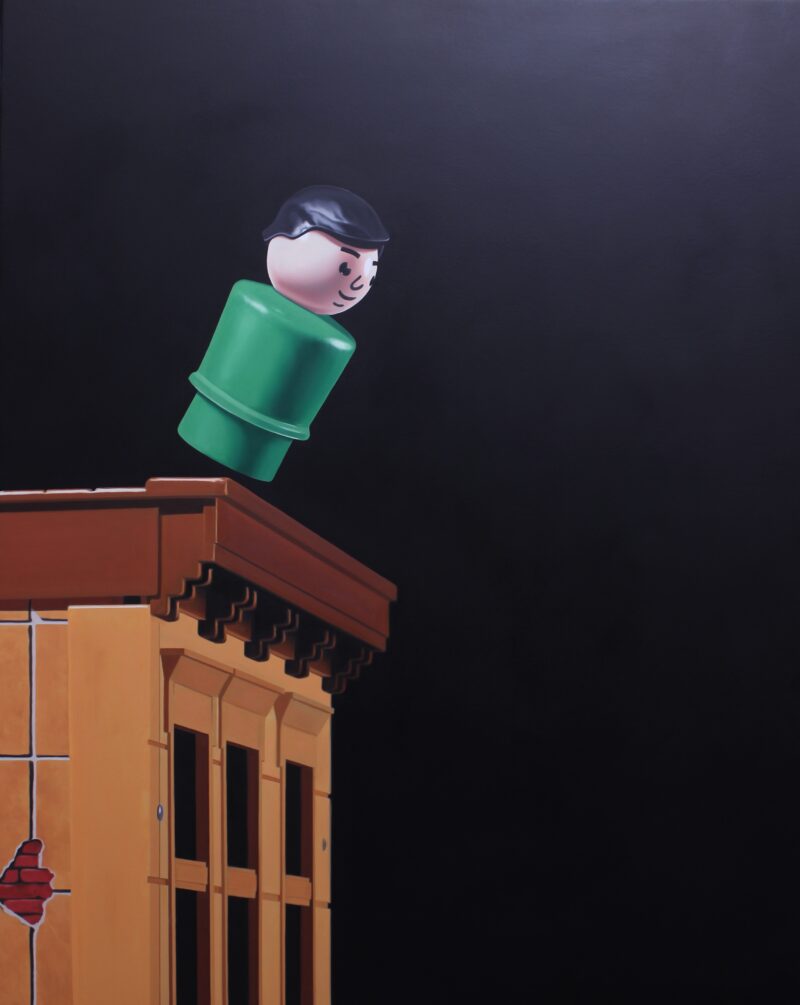 These toys became stand in observers and active participants in the current events that plague our humanity. I made a point not to add any props or change their facial expressions from the blank vacuous smiles as they confront the uncomfortable trauma of the grouping they are placed in. In this way, the viewer is left to see the paintings, which I entitled simply as “The Incidents,” initially as a childlike set up mimicking their juvenile version of real-world events. Later, as the viewer looks deeper, they see the stark reality these toys have created. “The Incidents” do not aim to instill any meaning other than what the viewers past experience and circumstances have brought to their interpretation. Where a young child might see a toy flying off a building, a mature viewer will recognize the pain of suicide. By not altering the toys or adding anything to the scene, these toys reenact the pain of growing older and recognizing the world we live in.

Play not only celebrates the toys of our childhood but pairs those feelings of nostalgia within a deeper context. The viewer experiences the fondness and forgotten memories these objects once held and simultaneously face the complex constructs these images represent. This ongoing series creates a play between what was familiar, joyful, and innocent from our childhood with the challenging social commentaries that come with adulthood and maturity. I paint the forgotten memories and etch them into the constructs we are challenged with today.

A.J. Fries was born and raised in Buffalo, NY.  A graduate of the State University of New York College at Buffalo, he has been called “unquestionably one of  WNY’s (Western New York’s) most serious, developed, and dedicated artists,” by Scott Propeack, associate director of the Burchfield Penney Art Center.

Fries has exhibited in Buffalo at the Burchfield Penney Art Center, Buffalo Arts Studio, Hallwalls, and Big Orbit Gallery, among others. His work is included in many public and private collections, including those of the Albright-Knox Art Gallery and the Burchfield Penney. In 2001 he was awarded a 3-month residency at the International Studio and Curatorial Program in New York, and in 2007 he received a full fellowship for a month-long residency at the Vermont Studio Center. He is a founding member of Trans Empire Canal Corporation (TECC), a Buffalo-based collective responsible for the Burchfield Penney Art Center’s 2014 multi-year project “Cultural Commodities: As Exhibition in Four Phases,” informally referred to as the “art barge.” Fries was designated one of the Burchfield Penney’s first “Living Legacy” artists in 2012.

Photos courtesy of the artist, and Anthony Brunelli Gallery, Binghamton, NY, where Fries’ solo exhibition will be on display through November.