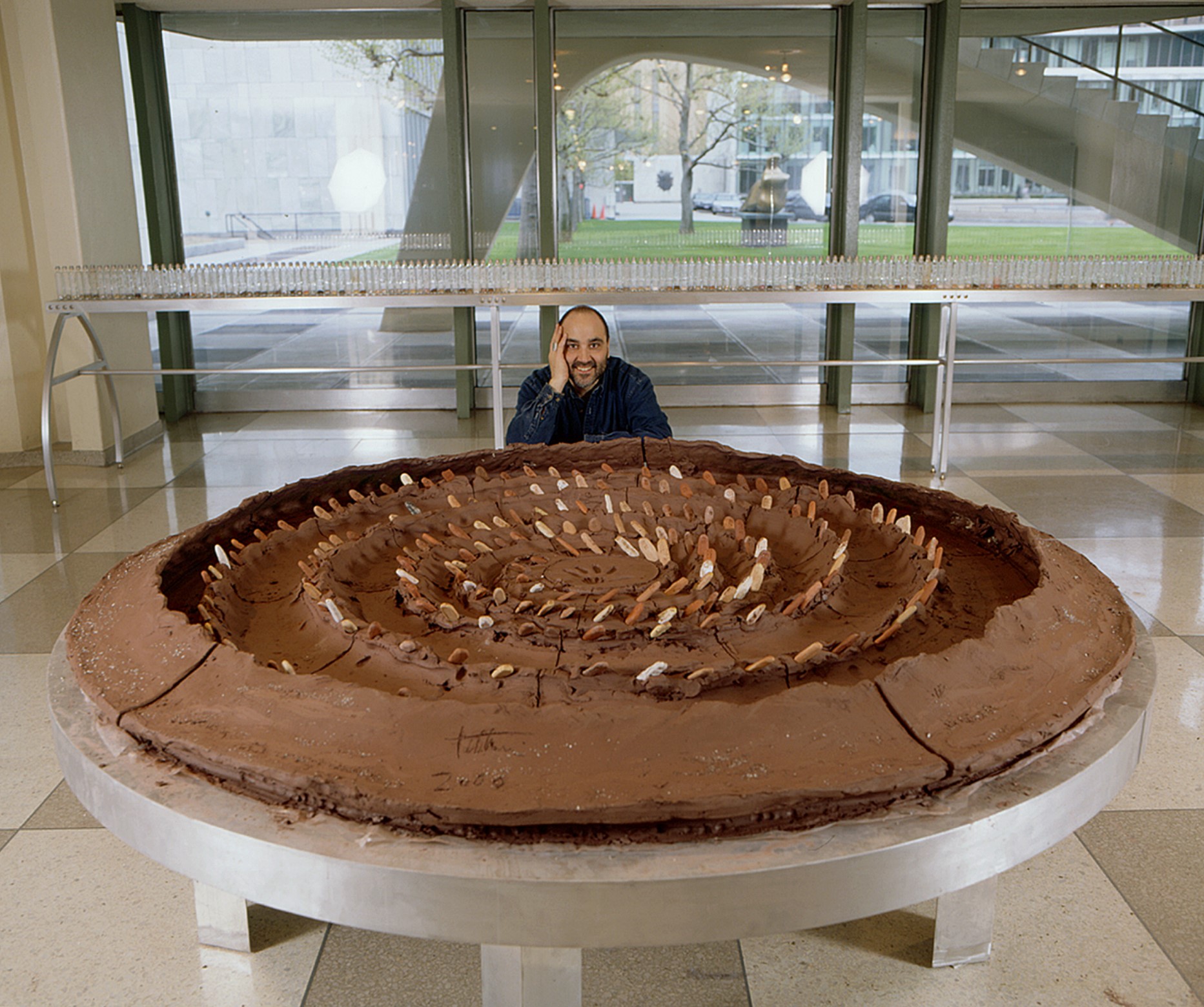 Neil Tetkowski with one of his massive ceramic disk pieces, World Mandala Monument.

A Global Perspective In Clay

Neil Tetkowski creates art that communicates beyond cultural barriers.  It is with this global perspective that his artwork is embraced throughout the world. Tetkowski has led many public art performances  with community participation. These events and installations reflect his conviction that art can be a vital community process accessible  to a broad audience. His material of choice comes directly from the  Earth, and most often he uses clay, which he believes is the perfect  medium to express his relationship to the natural environment. 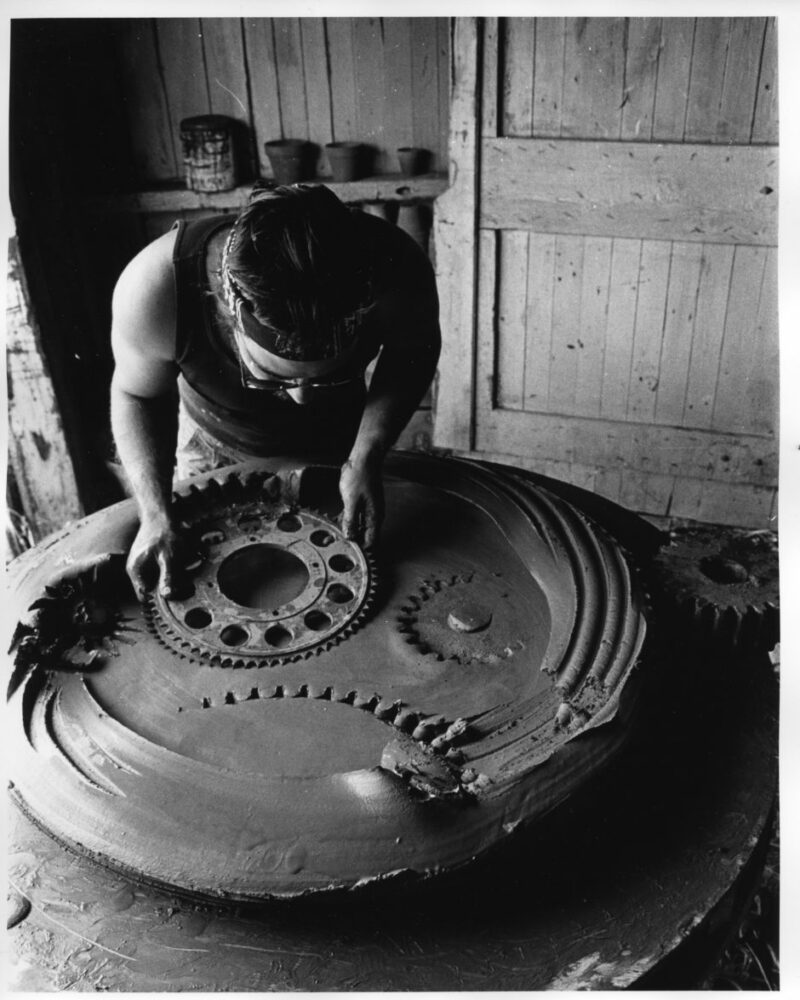 Neil Tetkowski at work on one of his massive pieces.

Neil is the founder and Director of the Common Ground World Project,  an international non-governmental organization that uses the arts and  education to focus attention on global environmental concerns. In  1997, Tetkowski presented this concept to several offices at the United Nations. Within a few months, the Common Ground World Project  was officially endorsed by the United Nations Department of Economic  and Social Affairs. Tetkowski led the collaborative effort to  recruit, motivate and coordinate people around the world, to extract earth from their country and send it to New York City. During the  spring of 2000 Tetkowski built a sculpture on location at the United Nations using these unique earth materials and physically involved  people from every country of the world. The Common Ground World Project was endorsed by the New York Foundation for the Arts and  completed with a grant from the Ford Foundation. In 2002 the World Mandala Monument was exhibited at the United Nations visitor’s lobby in New York.

Neil spent his early years in Siena, Italy, where he attended grammar  school for several years in the early 1960s. Both parents were in the arts and this provided an early foundation for what would become a  lifetime passion for creativity, education, and a fascination with  diverse cultures of the world. Before his tenth birthday, Neil had  crossed the Atlantic Ocean three times by ship and had visited  museums and cultural landmarks in more than twenty countries.

Since 1980 Neil has exhibited his artwork in galleries and museums.  He has a special interest in Asian culture and has had three solo exhibitions in Tokyo and a major solo show in Beijing. In 2015 Rethinking Mythos: A Mid-career Retrospective of Neil Tetkowski was  featured at the Canadian Clay and Glass Gallery in Ontario. Neil’s artwork is widely published and is represented in the permanent  collections of fifty museums, including the Victoria and Albert  Museum in London, the Smithsonian Institution in Washington, D.C.,  and the Museum of Modern Art Kogaikan in Tokyo. Neil holds degrees from Alfred University and Illinois State University. He has been a  professor at Denison University in Ohio, the State University College  at Buffalo, and Parsons School of Design in New York City. He lives in Manhattan and is the Director of University Galleries at Kean  University in Union, New Jersey.