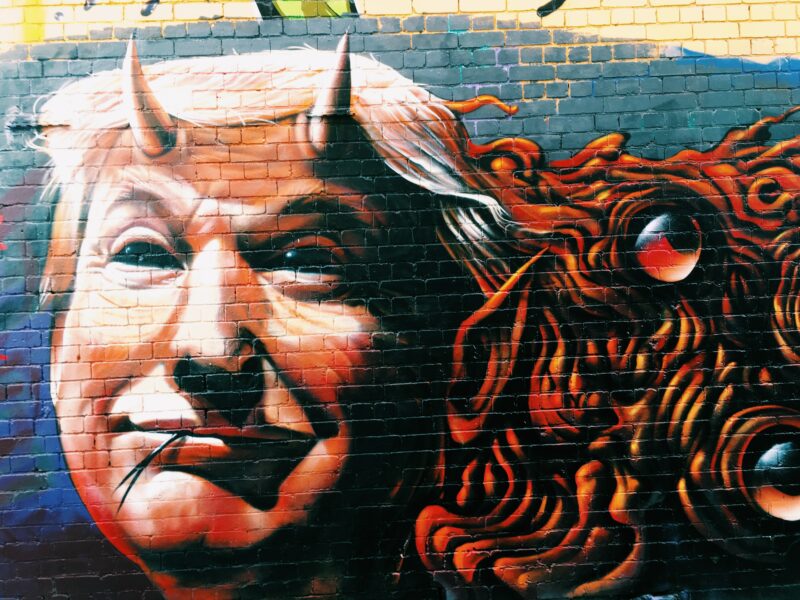 Photo by Jon Tyson on Unsplash

and other randomly generated observations

My son wouldn’t eat his vegetables. I said, “You’re a very bad boy.” My girlfriend was immediately attracted to him. She likes bad boys./ I always stand during the singing of our International Anthem as a way of honoring all the troops who fought for and against our country./ Sending thoughts and prayers to all the victims of the next mass shooting./ Mike Pence is the pineapple on your pizza./ For once, I’d like to see an *honest* Viagra commercial that tells you what the product actually *does*./ “Our son Linus? Oh, he’s sitting in a dark pumpkin patch alone at night, waiting for an imaginary god. He should be fine.”/ Less commercially successful, though just as rousing, was Lee Greenwood’s “God Bless the United Arab Emirates.”/ They say that in a few years more complex machines will take over the machines that took our jobs.

I was a pretty good kick boxer. But I was an *amazing* punch kicker./ I tell my children, “Kids are bullying you? Then you just bully them right back!”/ I won’t let my daughter pierce her ears until she’s old enough to cover up all her tattoos./ My son asked me if I did drugs when I was his age. I responded, “No. I do drugs at *my* age.”/ I support a law that bans people from using public bathrooms while I’m using them./ This year I’m spending Thanksgiving with my second-cousins and my acquaintances from work. It’s always nice getting together with your liked ones.

I promised to my girlfriend while bungee jumping and the video went viral! (Though that might’ve also been due to the humiliating way she said ‘no’.)/ My mom threw away all my comic books while I was away at college. But I got back at her. While she was away at the store, I threw away all her jewelry./ Sometimes I think the world would be a better place if there was no murder./ Is the year that steroids will finally be elected into the baseball Hall of Fame?/ First I scrape off the frosting on top of my piece of cake and put it on the side of the plate, because nobody needs all that frosting. Then I eat the piece of cake. A few minutes go by. Then I eat the frosting on the side of my plate./ Mike Pence is like the evil villain in a James Bond movie. Donald Trump is like the evil villain in an Austin Powers movie./ Police officers always drive slowly when they’re not on duty. I know this because you never hear about a cop getting a speeding ticket.

FACT: When a beautiful tall woman is standing next to a beautiful short woman, they both look freakish./I know each and every one of you better than you know yourselves./ I’ve decided to quit smoking when I’m swimming./ There’s no “I” in our Spellng Bee Team…  which is why we lose a lot of matches./ Every morning I check the obituaries to make sure none of my Twitter followers died./ I just watched that new big-budget movie in which the entire world is attacked by computer generated images. It was OK, but I didn’t like all the CGI.