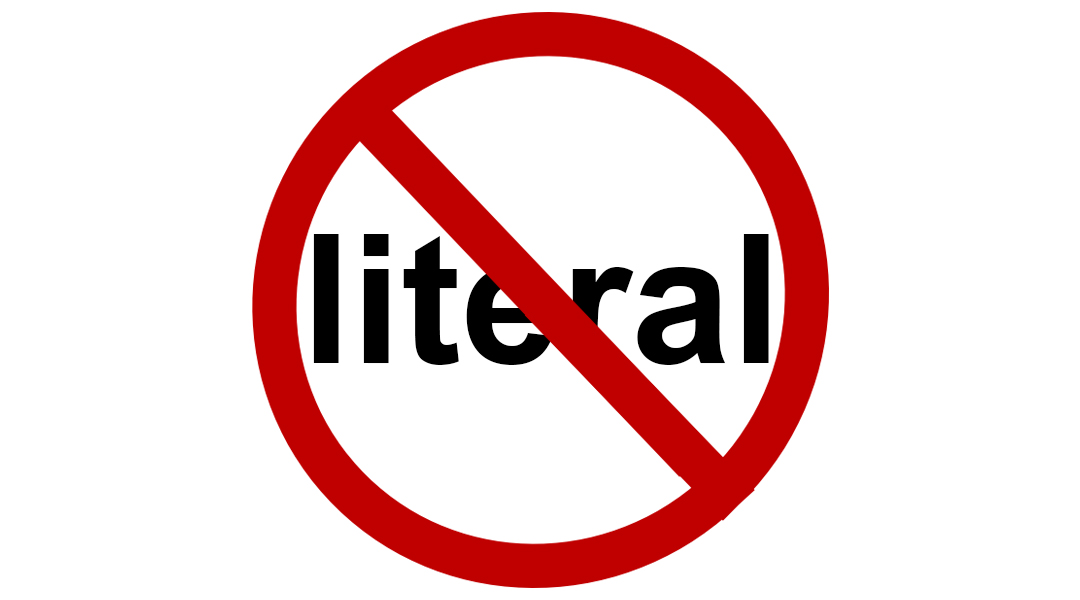 Am I Being Too Literal?

The word “literal,” for me, has gone from being mildly annoying to exasperating. After you hear why, I am pretty sure it will literally rankle you, too.

Literal is an adjective that means taking a word in its usual, explicit, or most basic or ordinary sense. When you’re being literal, you’re about as straightforward as you can get. So if you say “the temperature is literally freezing,” it means the temperature is no greater than 32 degrees. And if something “literally takes your breath away,” it means you can’t breathe. That’s literal.

The opposite of literal is figurative. A figurative word or phrase is more imaginative or abstract. One type of figurative language is metaphorical, a figure of speech which is a way of understanding complex ideas via familiar idioms. An example is “I work like a dog,” or “I can hear my mother-in-law snoring a mile away.” Those phrases are not literal, since I normally can’t hear her snoring from the other side of my house.

I have two problems with the way the word “literal” is used nowadays by broadcast news reporters and commentators. The first misuse is placing it in an obvious way that doesn’t even require the “literal” word.

I recently heard a weather person on T.V. say, “it’s literally sleeting here in Boston.” I think the message would have been perfectly accurate and a bit shorter if she had said, “it’s sleeting.” No one would interpret the word, “sleeting” any other way than sleeting… frozen ice pellets falling from the sky. Even if she hadn’t said “literally,” I would have understood the sleet to be literal.

Another weather person exclaimed that much of the Midwest was “literally in the single digits.” Couldn’t he have made that statement without saying “literally?”

Maybe I’m watching the Weather Channel too much, but weather people seem to use the word in this redundant sense more often than anyone else. Of course, others do it, too.

A newscaster, speaking about the infamous character, Jihadi John, expressed his opinion that the FBI was conducting a “literal ongoing investigation.” I mean what other sort of ongoing investigation could the FBI conduct? If FBI personnel engaged in metaphorical investigations, I wouldn’t be the only one to accuse them of being overpaid.

The way I see it, to use the adjective “literal” to modify a noun that has no other meaning is a literal waste of time.

But more disturbing is when a person inappropriately says “literal” in a situation that is clearly not literal. For example, “literally raining cats and dogs” can’t happen unless a hot air balloon carrying a load of pets loses its wicker basket.

I recently heard a newscaster state that Congress was “literally hanging onto Benjamin Netanyahu’s words.” Unless his words were suspended from the underside of a bridge and the members of Congress had, well, literally steel grips, those folks could not literally hang onto Bibi’s words.

So many people use the word “literal” inappropriately, I can hardly get through a day without being affronted by somebody’s language. Maybe my skin is literally too thin.

I’ve tried to be diplomatic in correcting everyone at every chance I get, including talking back to the T.V. But I’ve noticed that my comments are often considered obnoxious, didactic, and/or critical. At the rate I’m losing friends, the entire problem may disappear, as no one will want to talk with me. And that would be a shame because I literally have so much wisdom to share.

I hate to remove words from the dictionary, but I think this word should be on the top of the endangered lexicography list. Its use is either inappropriate or redundant. Either way, there’s about as much need for it as literal hen’s teeth.

Mark Levy is Ragazine.CC’s “Casual Observer.” He is a lawyer, lives in Colorado, and is an occasional contributor to National Public Radio where his broadcasts can be heard some Saturdays around noon. You can read more about him in “About Us.” 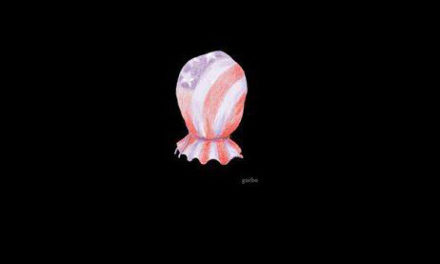 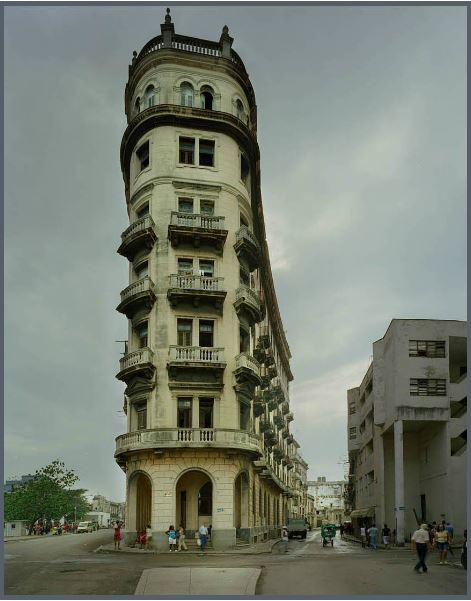