Baseball Fans Need to be Civil

The following short essay was written several years ago… but bears a lesson worth repeating.

The Yankees’ loss Wednesday night to the Boston Red Sox was humiliating, but not nearly as humiliating as the behavior of the fans in the bleachers. I happened to be at the game with two business friends from Houston who were looking forward to a decent match against an arch rival at the new stadium. The game went poorly for the home team from the start, but that didn’t have to mean we couldn’t enjoy the play. What transpired from before the game began took care of that. Hours of abuse of a 15-year-old Boston fan sitting in front of us, from a trio of young men in the row behind us, put the damper on that, until a cop, present throughout, finally told the most aggressive of the trolls to sit down and chill.

Chants of “Asshole, asshole,” that went on intermittently, unchecked by the boys in blue – or any Yankee staff members , for that matter —  are (or should be if they’re not), an embarrassment to players, fans, and New Yorkers all. Incredulous, my friends asked, “What are they saying?” Loathe to confirm, I did so anyway.

I never considered myself a conservative when it comes to language, but hour after hour listening to “bleep bleep bleep” wore me down.  The inning-and-a-half the loudmouths left to get food and more beer were the most pleasant of the evening.

Thinking of others, now: how is a young couple with two or three kids supposed to enjoy a game they’ve paid a few hundred dollars to see, not to mention the onerous amounts extorted for five-dollar bottles of water, twelve-dollar cups of beer, nine-dollar hamburgers and eight-dollar fries, while their kids are being aurally assaulted?

My son tells me the bleachers are always populated by Neanderthals, and that you generally don’t find that kind of behavior or language behind home plate. But not all of us can afford seats behind home plate, even if they were available. If the great game of baseball is truly America’s pastime, we’d better do something to snatch it from the jaws of devolution. 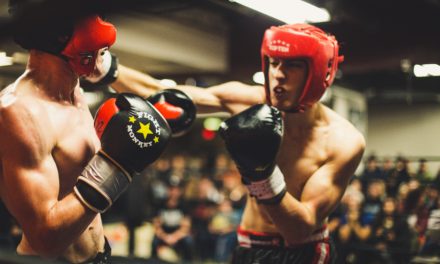