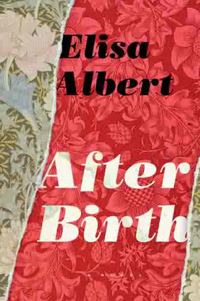 After Birth, fiction by Elisa Albert

“Another day gone, okay and I get it, I got it: I’m over.  I no longer exist,” says Ari, the sometimes blunt, always quirky narrator of After Birth, a first novel from Elisa Albert. Throughout the novel, Ari struggles with her identity, now that she is no longer single, and no longer pregnant, but a mother. 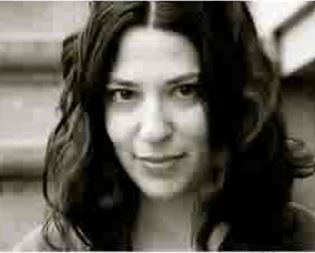 Albert explores the word “Mother” in all its lovely and grotesque forms. Ari herself is mother-less, her own mother dying when Ari was in her early teens. The complicated feelings Ari has about a mother who was sick most of her young life, and not particularly nice even when she wasn’t, haunt her, and sometimes literally take form as a disapproving ghost, offering unsolicited advice. In the beginning, Ari seems to be searching for a mother to model herself after — mothers of girls she once knew, her step-mothers, mother groups in the neighborhood, even mothers she sees in the grocery store — and when none of the women she looks at look like her, Ari’s discontent is increased. Ari tells the reader that motherhood is not all rosy and beautiful. For her, motherhood had been, “…a nightmare blur of newborn stitches tears antibiotics awake constipation tears wound tears awake awake awake limping tears screaming tears screaming shit piss puke tears.” Ari’s unhappiness centers on feelings of failure (why couldn’t she deliver her baby naturally?) and betrayal by other women who never told her the truth of childbirth and motherhood.

It is only Mina Morris, new neighbor, former rock star, obscenely pregnant and mysterious, in whom Ari finds kinship. At first it seems that Mina does all that Ari could not—looks elegant and cool while pregnant, delivers her baby naturally instead of via the dreaded C-section that Ari desperately resents —but when the tiny baby fails to thrive, it is Ari, suddenly, who knows just what to do. She helps Mina and, by extension, helps herself.

Readers of After Birth will not be surprised to learn that Albert has a history of writing for hip and modern publications like The Rumpus and Salon. While this book could have been a tiresome read, bogged down in depressive unhappiness, thanks to the narrative voice, it is lively, wry, and funny. For instance, when speaking of a play group Ari attempted to join, she says, “The poor babies were beside the point, like half-forgotten elderly consigned to our care. The girl babies looked like drag queens: ruffles and bows, a flower-and rhinestone headpiece. One thusly adorned kept giving me a hilariously cranky look like can you believe this shit?”

This is certainly a voice driven piece; however, Albert is not interested in heartless one liners. Even the funny moments have a weight, a smile with tear drop, that reminds us of the complex and complicated relationship Ari is having with her baby and with herself. Of her little son, she says, “He’s an awesome baby, a swell little guy. Still a baby, though, of which even the best are oppressive fascist bastard dictator narcissists.”

Some will want to tout After Birth as a motherhood anthem, a rallying cry for all the mothers who feel alone in their imperfections, and certainly it can be that. Ari is a vulnerable and relateable character that many will be able to connect with. This book is about more than that, though; the theme at the heart of this story is female relationships. For better or worse, Ari seems to evaluate herself by the women she is around. The importance, complexity, joys, traumas, mystery and frustration of trying to connect throughout one’s lifetime with other people is something all women — not just mothers — can relate to.

The very last scene of the book is not one between Ari and her son, or between Ari and her husband, but a casual encounter with a woman — a colleague of her husbands who she’d previously disliked. In this very short moment, Ari realizes that she had misjudged the woman, and that they have an unexpected kinship. Ari says of the woman, “And I don’t hate her. I don’t have a problem with her at all.  She’s fine by me. So maybe I’m better.” Ari’s story is one of discovery and growing up.  Part of that is growing into becoming a mother, but just as much is about finding a place for herself among the women in her world.

About the Reviewer: Natalie Sypolt lives and writes in West Virginia. She is an Assistant Professor at Pierpont Community and Technical College and also teaches community creative writing classes and workshops. Her work has appeared in “Glimmer Train”, “Switchback”, “r.kv.r.y.”, “Ardor Literary Magazine”, “Superstition Review”, “Paste”, “Willow Springs Review”, and “The Kenyon Review Online”, among others. Natalie is the winner of the Glimmer Train New Writers Contest and the Betty Gabehart Prize. She is also an active book reviewer whose work has appeared in “Los Angeles Review”, “Fjords Review” and others. She is a literary editor for the Anthology of Appalachian Writers, is the High School Workshop Coordinator for the West Virginia Writers Workshop at WVU, and is co-host of SummerBooks: A literary podcast.

A Hobbit/Fiction by Alf Marks