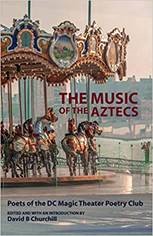 This anthology’s name is interesting given that the bulk of its poets hail from the Maryland-Washington, DC, area. Collecting work from eight poets, contributors include a student of Peter Klappert, as well as an alumnus of Gargoyle magazine, one of the region’s mainstays of literature. The book is segmented, with each named based on the overall impression that editor David Churchill perceived as being conveyed from each writer’s collected material.

Ethan Goffman’s segment is the book’s centerpiece both in placement and title. In his opening piece (“Laughter Makes the World Go Round”), he eschews spreading wealth to opt for the ability to “spread laughter.,”

handing
it out to strangers, friends, colleagues
even enemies.

In “The Force is Not With Me,” he both turns the Star Wars signature line on its head and captures everyday frustration at normality in life, but it is his poem “Music of the Aztecs” that establishes the overall tone of the work as he details the loss of personal history as cultures and civilizations disappear. In an age of digital historical salvage, he notes how

We can only recreate
a kind of cartoon of the Aztecs
the marvel comics version.

Then there is Annie Finch, a poet whose words on the 9-11 attacks have been memorialized on the grounds of the cathedral of St. John the Divine. Her singular piece, “Spells,” is a magical allegory that “grows” out of music. Speaking of music, Marianne Szlyk’s segment, “Rumors of Stars,” also touches on music—her particular “area” of interest and contains her piece “The Last Days of Fusion,” a reprint from her most recent book On the Other Side of the Window. She also offers some offbeat pieces, such as “If My Mother is in Purgatory,” which evokes a “Twilight Zone” style in both image and technique, a method she continues in “The Social Work Assistant in Briarwood.” In “Astoria at Dawn,” Szlyk writes how

sleep sneaks
back, washing through him. Sweet
coffee cannot buoy him up.

while “Facing East at Dawn” describes how

yet there is light now. Stars band
together into the Milky Way. Clouds form
like clusters of maple leaves clinging to water.

“A Sibyl of Fortune,” Jan Claire Starkey’s segment, touches on the mythic — both legendary and personal — from “God” to “The Sphinx,” and she recalls her childhood in “Magic Castles.” However, she really shines when undertaking one of the most irresistible topics for poets — that of Icarus — in “Above the Labyrinth.” However, this rendition takes after the stance of a mother as onlooker to her progeny’s downfall.

Then, in “Imaginary Suns,” he theorizes how

A mythic Uncle with a damaged
liver
stumbles into Mass at dawn.

However, one of Britt’s most powerful lessons comes from “Childhood Confessions,” which takes the point of view of an abandoned pet. This theme continues into editor Churchill’s “Big Dog Walk” while his poem “Memorial to the Confederate Dead” offers an apparent response and counterpoint to Allen Tate’s “Ode to the Confederate Dead”

Reid Baron’s section, “Drunken Iconographers,” comes closest to the Aztec implications of the title, even though “Tapachulteca” is actually the name of a now-extinct root language of the Mexican region. But perhaps my favorite piece from him (on a personal level) is his attempt to emulate Rick Blaine in “Casablanca” even though he notes how he

turned twenty-one,
All alone, and no piano for miles.

Therein lies the appeal of this anthology. Like all great poetry, what lies within these words are connections to the universal, to the historical, to the real, to the fantastic, and to the personal.

Bill Cushing has lived in Virginia, New York, Pennsylvania, Missouri, Florida, Maryland, the Virgin Islands, and Puerto Rico before moving to California. As an undergrad, he was called the “blue collar” poet by classmates at the University of Central Florida because of his years working in the Navy and later as an electrician on oil tankers, naval vessels, and fishing boats before he returned to college at the age of 37. He earned an MFA in writing from Goddard College in Vermont and teaches at East Los Angeles and Mt. San Antonio colleges. He now resides in Glendale with his wife and their son. His poetry has appeared in numerous journals, both in print and online, including Avocet, Brownstone Review, Glomag, Mayo Review, Penumbra, Poetry Nook, Spectrum, The Song Is. . ., and West Trade Review. He had poems in two issues of the award-winning Stories of Music, among other anthologies. Bill was named as one of the Top Ten Poets of L.A. in 2017, and he was also named one of “ten poets to watch” in Los Angeles. When not teaching or writing, Bill facilitates a writing workshop in Eagle Rock, California (9 Bridges). His book, A Former Life, was recently released by Finishing Line Press. 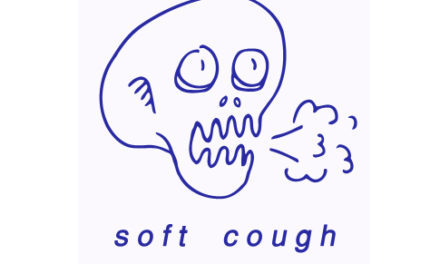