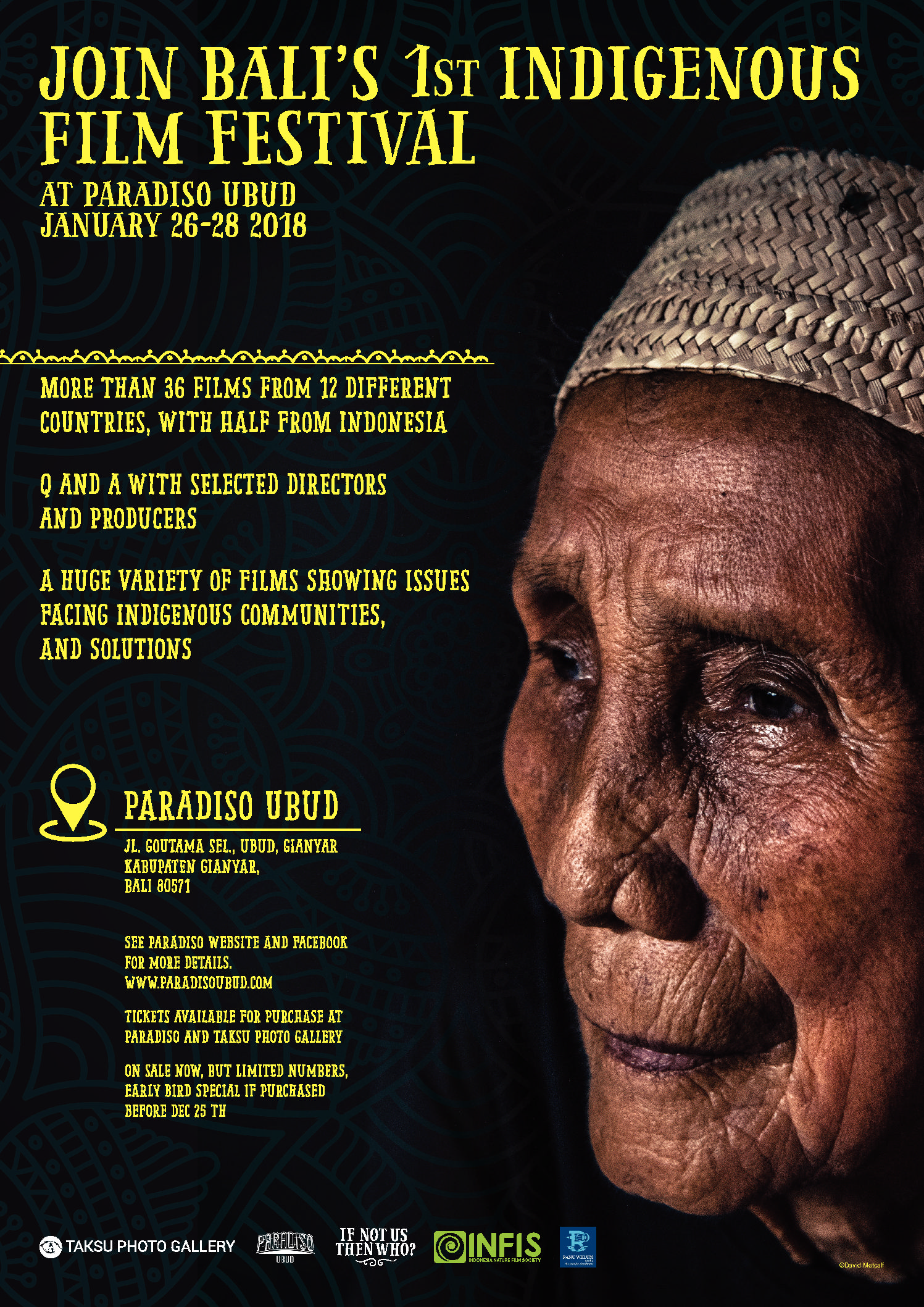 An event took place in Ubud, Bali in January 2018 that honoured the work of indigenous documentary filmmakers and over the course of two days was attended by Indonesian locals, international guests, filmmakers and patrons. The inaugural Indigenous Film Festival Bali launched at Paradiso Theatre, Ubud to a sell-out crowd on the opening night.  A beautiful documentary drama was screened, Long Saan – a true story about a Dayak man from Kalimantan who returned to his homeland with the director Erick Est presenting with David Metcalf, photographer.  This was followed by a filmmaker Surya Shankar Dash who has dedicated 16 years of his life to documentary filmmaking. Surya from Odisha, India presented three of his short films on the plight his peoples to protect their land from commercial interests. He brought with him Dinja Jakesika,an Odisha tribal Dongria Kondh woman who is the first person in her village to ever get a passport. She was the tribal leader of her village and stood up to the land grabbers, proving that this film festival went to extraordinary lengths to present and challenge the thinking of the audience.

Over the two-day festival period,  36 films were screened to a packed out audience.  There were 12 directors present, and a host of lively Q & A sessions delved into the social issues and brought awareness to the struggles of indigenous people in Indonesia and around the world into the light.  From Peru to Standing Rock, from the Pilbara in Western Australia to the wilds of Borneo this festival inspired, educated and showcased the works of some of the leading documentary filmmakers.

In partnership with “Handcrafted Films”, “If Not Us Then Who”, and “INFIS”, the first ever International Bali Indigenous Film Festival was a huge success. The films communicated the wisdom and knowledge of the first nations people and also brought together, producers and directors in a sharing of their projects and an opportunity for the learn from each other.