Barbara-Rosenthal - A Crack in the Sidewalk, FEATURE | 2 |

A Call to Reject Corruptions to the Artist

For this month’s column, I’ll quote three people, Beatrice S. Madregiore, Linda Montano and Lawrence Weiner. All are artists but none are any I’ve conversed with lately, as inspired my last few columns, and the first person isn’t even real. Beatrice Stregasanta Madregiore, the artist character in my novel Wish for Amnesia, thinks “Nirvana” when something startling happens on pg. 219: “She stood still, eager to savor and monitor her first impressions and reactions…. Thus she could position her psyche aloof, blank enough to register as consciously as possible the sense of each sensation by itself…. In that way its natively abstract, descriptive power would flow through her nervous system directly into her creative subconscious. Nirvana, crossed the artist’s mind.”

The first time I came across the concept “creative subconscious,” or as I first heard it, “creative unconscious,” it was spoken to me by Linda Montano in the window of the New Museum at 583 Broadway on Palm Sunday, 1986. She read my palm for her performance piece, not knowing it was mine. She traced a deep line in my right hand and showed me “a direct link between outer reality and creative unconscious.” In a moment of joy and epiphany, I ran right home and had the idea for You & I Cardgame, created a prototype, and brought it to her for the following performance. In the years since, it has gone through several iterations and boxed editions, and they’re still pretty cheap at Printed Matter.

The third artist, Lawrence Weiner, gave words to the understanding that the art of art is the idea for it. Weiner’s famous Declaration of Intent (1968) implies that existentially a Work of Art is the idea, the inspiration (and the Artist need not even fabricate an artifact.). By extension, whoever generates the idea for a Work of Art is the Artist. In the ideal state, Nirvana, reality passes directly into the creative subconscious of an Artist and out again as Art. The idea itself is the crux of a work. Inspiration is venerated above all. Yet artists’ creative processes are under siege from within the profession. Artists are being corrupted by appeals to their hope for careers. It has been so for all time through history, but this is how it’s playing out nowadays.

Take a look at any list of “Opportunities for Artists.” Artists are offered “opportunities” to exhibit or publish work not yet created. “Opportunities” to produce ideas artists haven’t had yet are invitations to corruption. Artists are being directed to create per the specifications of others — a curator, venue, purchaser, or other patron. The patron is usurping the artist’s role as generator of ideas, disguising restrictions as opportunities. Artists who succumb will have been compromised. Artists who don’t resist sacrifice their calling.

How do they corrupt thee? Let me count the ways:

Rarely, when I hear artists talk Politics, do I hear Art Politics. But it is all around us. These Sins against the Artist are so pervasive they are rarely even questioned. So keeping these three premises as pillars, perhaps we can keep the Temple of High Art standing, and artists not give away their prerogative to generate their own ideas. Lawrence Weiner, that the core of art is its idea. Linda Montano, that an artist can embody a single direct link between reality and inspiration. Beatrice Stregasanta Madregiore, that an artist can achieve this embodiment by a kind of suspended animation. Anything that comes between an artist and the artwork is corruptive.

Capitalization: Capitalization: A reminder on reading, first-letter capped expressions denote usages to which Rosenthal has assigned specific definitions as may be found in her evolving Glossary.

Pronouns: Barbara Rosenthal has been using a pluralized form of appropriate pronouns to specify gender-nonspecificity since 1960.

Barbara Rosenthal is an idiosyncratic New York artist/writer/performer/philosopher whose latest book, the novel,  Wish for Amnesia (Deadly Chaps Press, 2018) explores themes of idealism, innocence, esthetics, dimensionality, thought and corruption. She is particularly interested in the intersection of art and life.

Bi-MONTHLY COLUMNS: Barbara Rosenthal, A Crack in the Sidewalk:

Sept-Oct, 2018: Impositions or Independence: A Call to Reject Corruptions to the Artist

July-August, 2018:  Process vs Product: What is the Point of Art / What is The Interplay of Elements and Considerations in Artmaking

May-June, 2018:  Roles, Ideals and Job Descriptions: The Artist; The Viewer; The Naif; The Collector; The Curator; The Critic; The Art Dealer

March-April, 2018:  The Production of Meaning in Art Fabrication: What Are You Doing? Do You Know? When? Before or After?

Jan-Feb, 2018:  Is There a Universal Esthetic? Naifs, Innocence, Education, Esthetics

Sept-Oct, 2017:  by this first sentence here now, back upon the Earth. 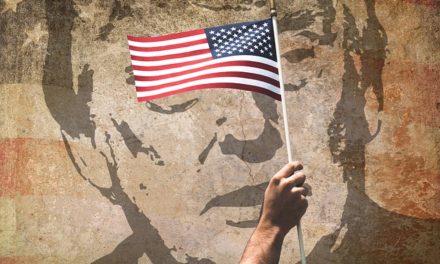