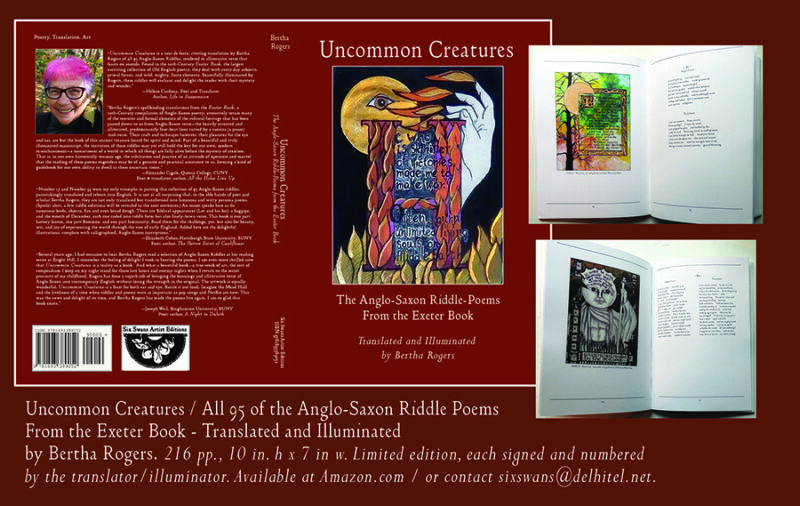 The 95 riddle-poems from the 10th-Century Anglo-Saxon Exeter Book, Translated and Illuminated by Bertha Rogers. The poems probably were collected and written down by monks much in the same way fairy tales and legends were passed on. They were bequeathed to Exeter Cathedral by Bishop Leofric. Uncommon Creatures was designed with Adobe InDesign CC and Adobe Photoshop CC, by Bertha Rogers, the translator-artist. All artwork is by Rogers; there are 82 color images and 10 black-and-white images. The type was composed and set in 12 pt. The Doves Type®, a new digital facsimile of Legendary Doves Type, Doves Press Font Revived by Robert Green and Adobe Bernhard Modern Book Type. The book was printed in the United States of America on 100 lb., dull gloss paper stock. Cover stock is C1S Matte. This first edition was limited to 200 copies, each of which was signed and numbered by the artist-translator.

The following translations and illuminations are published here with permission of the artist/translator. 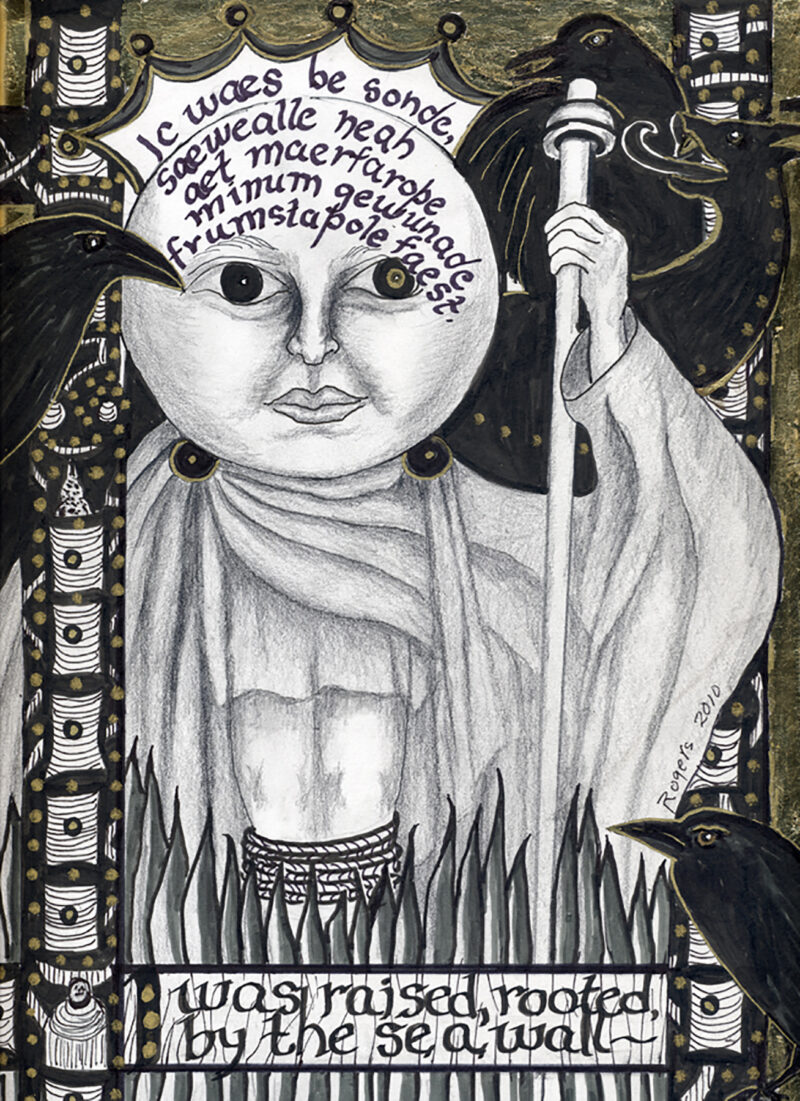 in that friendless estate.     In the beginning

few men were there—    only the moon king,

that prince who ruled       my damp dwelling

that I would someday sit      (without a mouth)

the blade’s point,     and the mighty hand

moving together      may let me speak 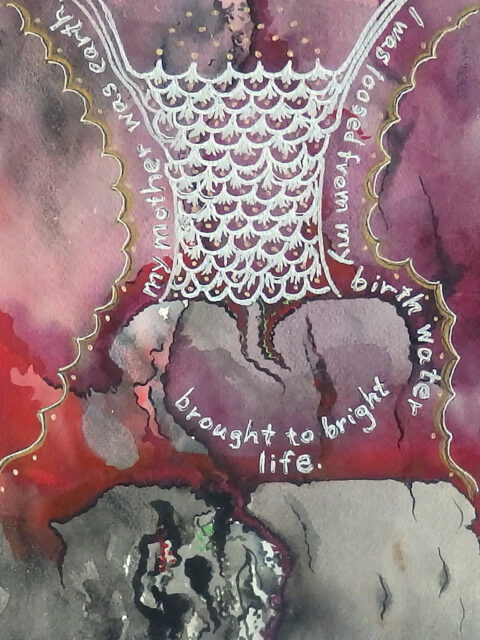 My mother was earth.     I was loosed

from my birth water,      brought to bright life.

the trickery of thread,      the clatter of shuttles,

with his rod.       Worms have not embellished

their crafted sheen.     But my man knows

About the poet/translator:
Bertha Rogers has published poems in literary journals and anthologies and in several collections, including Sleeper, You Wake; Heart Turned Back; and Wild, Again. Her translation of the Anglo-Saxon epic, Beowulf, was published in 2000. Her translation of the 95 Riddle-Poems, with illuminations, from the Anglo-Saxon Exeter Book, was published in 2019. Rogers lives in the Catskill Mountain Region of New York State.