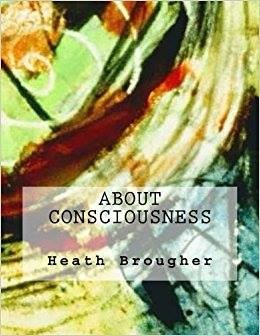 In About Consciousness, Heath Brougher transforms himself into The Freethinker’s Voice, a nebulous figure — or group of figures — responsible for the circulation of necessary thought. This is a highly coveted title that tends to attract self-serving fauxlosophers and cultural critics who praise the mediocre and damn the insightful. However, like most things in life, those worthy of certain honors tend to be those who don’t actually seek them out, but, instead, speak their truths regardless of the potential praise, or hatred, they may receive as the result of their honesty.

It’s for these reasons why the writing in Heath Brougher’s third collection speaks to me on such a deep level. With his verse, he speaks with a tone that is simultaneously objective and subjective. He is sure, yet also seeking; he is wise, yet admittedly ignorant to the ultimate Truth(s) on which this reality is built.

He effortlessly bounces between the mundane and the existential, sometimes even in the same piece. A perfect example of this is the poem, “I Found God,” where he states,

The unapologetic duality of this poem is noteworthy, to say the least. Here, he succinctly ponders the very nature of Divinity and The Divine, all in less than twenty lines of verse. This is a feat, often attempted, but rarely executed with such poise and command of the English language.

Throughout the collection, Heath touches on a variety of topics, most having to do with the condition of modern society. But, being a mystic myself, some of my favorite moments are those where he takes the time to explore the intersections between science and spirituality, a thematic combination typically met with irritation by the strictly empirical and a sense of wide-eyed wonder by the devoutly mystical.

In these conversations, both sides, in an attempt to legitimize their respective world-views, tend to shrug off the ideas of their perceived opposition. However, I believe that Heath Brougher has managed to strike a beautiful balance between the two, oftentimes conflicting, realms.

In his world, the two are one and the same. Abstract questions and scientific certainties coexist in an almost utopian harmony. Even in those brief and scattered moments where ideological tensions rise, the relationship is handled with the utmost care. This first stood out to me in “The Inhumane Theory,” where he speaks of God through the eyes of a Pantheist, someone who views the Universe and all of Reality as the manifestation of Divinity:

You cradle God
among the indigo whispers.
Pantheistic as always,
this God keeps pushing outward,
edging, swinging a bit further with each breath,
each moment of time-space, each atom colliding.

In this poem, the barrier between scientific and mystical language is non-existent. They both blend in a manner that is refreshing and naive; almost as if it wasn’t an intentional, philosophical choice, and was, instead, an instinctual flow of ideas, void of pretension and driven solely by their intrinsic desire to edify Human Consciousness.

Eli T. Mond is the creative alias of David Davis, a writer, artist, and mystic from Detroit, MI, who has had work published in various journals. His debut chapbook of mystical poetry titled “When Sight Was But A Sightless Thing” is set to be released on 11/11/17. 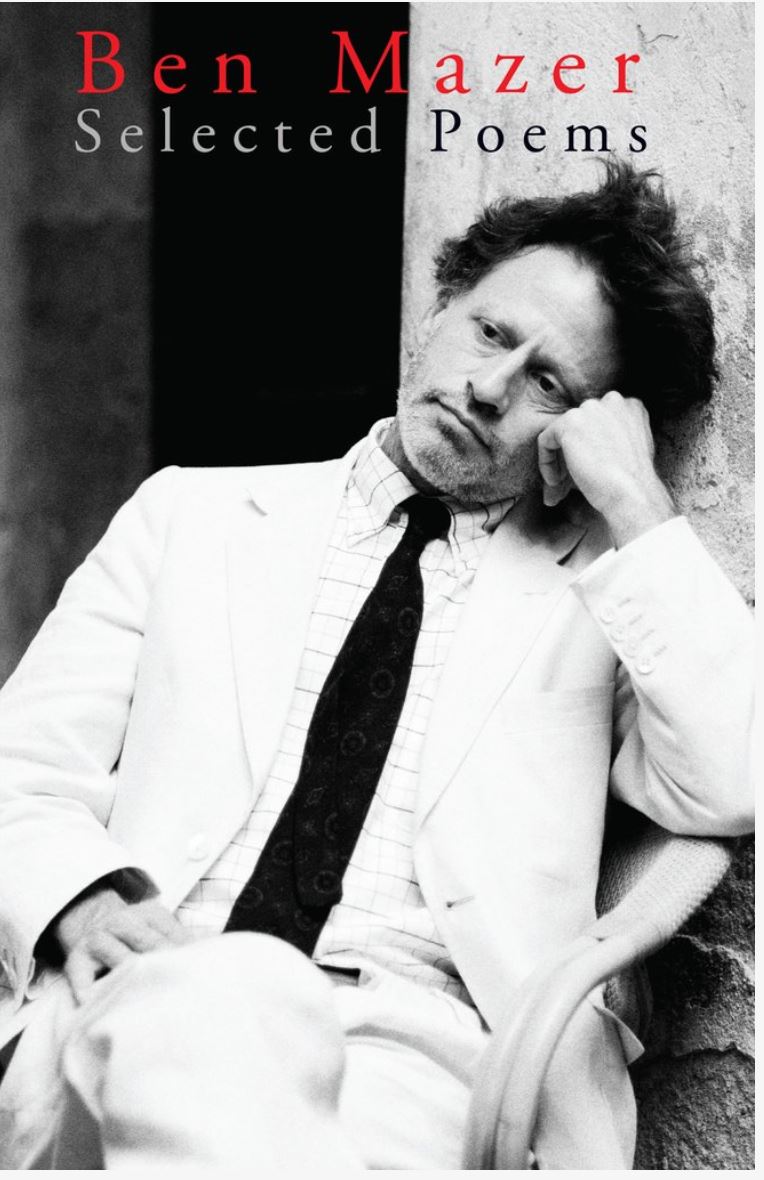 All Mazer to the Stars

You are in the Manhattan of Dreams. You are standing with William Blake on top of the Chrysler Building. The zeppelin “The Walt Whitman” is tethered to the great antenna and you and Blake are about to board. He is speaking rapidly “The cat has come home. Weldon Kees has been found. The porchlight is on. We have to go out again and again and every time I see more beauty and strangeness and wonder! All Danae to the stars.”

And you board and are off again to take the zeppelin to Oh what strange stars and skies.  “If it out Ashberys Ashbery. Pray you.”
The above an attempt to capture some of the feeling and wonder engendered by Ben Mazer’s Selected Poems: a poet who has been writing transcendent poetry for years.  Mazer is a poet “Who is Known” some places but who needs to be placed where he belongs and acknowledged as a great poet in the trembling noosphere of the poetry that is and was.

This is the first poem in the collection. Published in 1995.

The flier, at the Wicklow manor,
Stayed throughout the spring and summer,
Mending autos in the drive,
Reprising time-old moods of love
In the limbs of country lasses
Who wondered where he gave his kisses.
Expert at geography
And mathematic, for no fee
He made the summer days pass faster
And taught them how to see the pasture
With their own eyes. The books he read,
Handled till their cloth was frayed,
Years afterwards upon their shelves
Lay early, central to their lives.

This beginning contains much of what continues in Mazer’s poetry.  The poem is set…where? Set in a sort of alternate universe created by the poet yet so so familiar from movies, from literature… yes, the aviator at the manor and the beginning of a story. Perhaps an English novel, mid century…

And then the poem made a real poem by the last lines…somehow the books he read were read again and again and became central to their lives.  Whose lives? And what is meant by “lay early?”

Ah, that is the key and the move that elevates this poem.  Of a sudden…just by this turn… a world is suggested, stories to tell about lives that flowed, conditioned by his, the flier who was expert at geography and mathematic (not mathematics…note the precision and grace of that).  And years and years later Mazer will compose a great poem about poetry mathematics.

Let’s continue.  Here is a short list of the titles of Mazer’s poems.

While You Were Watching Richard Harris

A Movie Is Available Knowledge

Lupe Velez with a Baedeker: Irving Thalberg with a Cigar

“The poet does his finest work in sin,”

“How easy it was, to stand and look at the stars”

The uniqueness evident. The pleasures of reading each varied and eminent.

There is so much there that it is difficult to convey an idea of the scope of the poems. Here are passages from just one: “The Double” from the 2010 Poems.

I remember chiefly the warp of the curb, and time going by.
As time goes by. I remember red gray green blue brown brick
before rain or during rain. One doesn’t see who is going by.
One doesn’t think to see who is going by.
One sees who is going by all right, but one doesn’t see who is
going by.
The bright lights attract customers to the bookstore.
Seeing, chalk it up to that. The bitter looks of the booksellers,
as you leave the shop without paying. Rickety steps that will
soon
be history. A ripped up paperback book with some
intelligent inscriptions
in very dried out blue gray ink. Lots of dumpsters. And seagulls.
Or are they pigeons. They seem related, as the air is to the sea.

This captures seeing and not seeing, remembering and not remembering, attempting to capture the real and unreal in a way I had not ever read.  There is a pleasure to the sequence of lines and a recognition of the truth of the experience described I have not found rendered in just this way.

… Your sense of time

is the source of your charm with strangers,
who would accept you anyways.
Nora Laudani was the best actress in our elementary school.
One felt she was a great lady at seventeen.
The tragic view of ice skating frightens us
at night in winter.

And I hear Keats in the Mermaid Tavern shouting “YES” when the Nora Laudani memory is introduced and then out of nowhere the lines about the tragic view of ice skating.

But these examples don’t even begin to get at the complexity and wonder of the entire collection. One poem is called “The Long Wharf” and imagines an encounter within the wharf:

I saw enormous quantities of slips
of paper, very thin, filed in long rows.
I opened one to see what slips they were.
Upon each one, and now I saw the ships
that must have been as real as you or I,
the name recorded of each voyager
transgressing the horizon on a ship
who entered here, each entry had a slip—
a continent of ghosts had landed here,
thick on the tables, only the fog moved
and the long wharf stayed up and swayed in place.

This book needs to be read again and again. Don’t wonder what you missed. 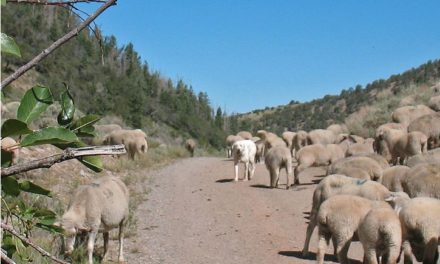 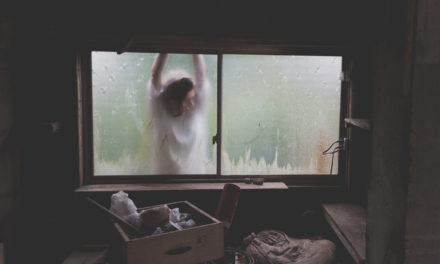