In search of… /by Fabia Wong 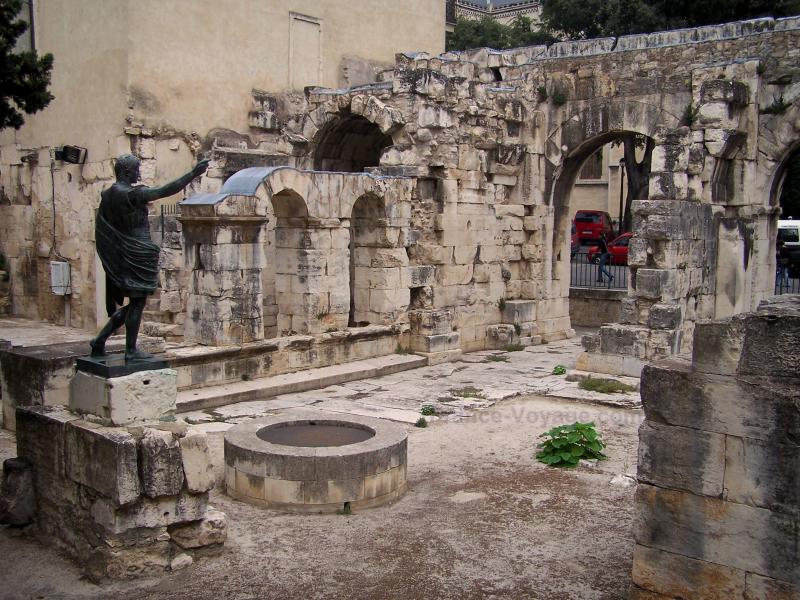 A British film festival in France on the eve of Brexit,

and thoughts on The Guardian’s Brexit Shorts

In March, the 22nd annual “British Screens” film festival was held in Nimes, a Provençal city of 150,000 souls. The volunteer-run festival aims to bring British cinema – both past and present, with a focus on independent works – to light in the south of France, in the hopes of offering a better understanding of British culture and society. The theme of this year’s festival was British comedy, and the levity was welcome at a time when long shadows are being cast by the impending exit of the UK from the European Union.

A walk through Nimes is a walk through the long history of Western civilization. Wherever one looks, there is a reminder of a time before; in the middle of town, facing a public library and art museum designed by Sir Norman Foster in the ‘80s sits an impeccably maintained Roman temple; bakeries and shops are housed in medieval buildings, leaded glass windows intact; not too far away sits a patrician avenue of Haussmannian buildings, lined with plane trees. One of the most beautiful sights of Nimes is the Jardins de la Fontaine, a public park planned and executed by an architect of Louis XV on the site of a sacred source of water worshipped by the Gauls and subsequently the Romans. The gardens are a patchwork and reminder of different ages; a watchtower initially built by the Gauls during the Iron Age and rebuilt by the Romans looms above the ruined vestiges of a Roman temple, which may in fact have been a library. 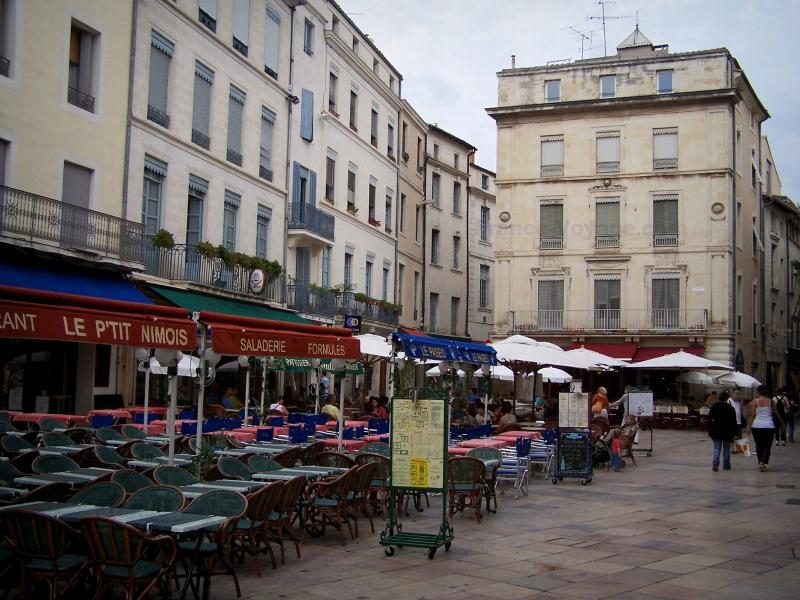 Market square in the City of Nimes, France.

In North American cities, the illusion of novelty – a façade that suggests that there was nothing there before – provides a compelling suggestion of a lack of human history, rather than the erasure of entire civilizations and cultures. Here, in contrast, the reminders of the past are abundant, and create a sense of impermanence. It should be more difficult, after all, to take yourself as seriously when you are surrounded by the ruins of past civilizations. Somehow, though, not so very far away, the British find themselves plunging towards the end of an historic era of cooperation. It is as if at some point during the precious peace of the last decades, there has been a mass, communal forgetting – or dismissal – of lessons painfully learned.

And so “Brexit Shorts”, a series of nine short films commissioned and produced by The Guardian, was a timely and well-attended inclusion in the festival rounds.  The films, each in the format of a scripted monologue, were written by playwrights from across the UK. They are available on the websites of The Guardian (link: https://www.theguardian.com/stage/series/brexit-shorts).

Two members of the culture department of the Guardian, Jess Gormley and Noah Payne-Frank, were on hand to explain the process behind the films’ production. Ms. Gormley explained that at the London-based Guardian, the referendum result had come as a shock; the creation of these films was an immediate reaction, an acknowledgement of the need to check the political temperature in the rest of the UK as a means of understanding what had transpired. Originally, fifteen monologues had been commissioned but only nine were ultimately produced, each originating from a particular region of the United Kingdom: Scotland, Northern Ireland, Wales, London and Manchester, among others, are represented.

In spite of the intent to curate a balanced slate of films, the scripts either represent the Remain perspective or are evidently attempts by Remainer playwrights to delve into the Leaver psyche. One of the plays, Go Home by Charlene James, fell particularly flat, in spite of (or perhaps because of) its good intentions. The film strikes one as having been written by an ardent Remainer whose uncle was a Leaver, essentially as a heartbroken attempt to defend him, without comprehension or any particular affection. It ends without bringing the audience closer to understanding his motives. Gary Owen’s The Pines, written from the viewpoint of a Welsh farmer, was more successful, probing at least gently into the substance behind the anger, as was David Hare’s Time to Leave, which used wry humor and Kristin Scott Thomas to great effect.

The most successful of the films placed the audience in the small, personal sphere of an individual, experiencing Brexit from a particular space defined by socioeconomic, cultural, linguistic or racial considerations. The observer is pulled uncomfortably close, as by the lyrical young Scot in A.L. Kennedy’s Permanent Sunshine, or by the “good immigrant/bad immigrant” dialogue written and acted by Meera Syal. 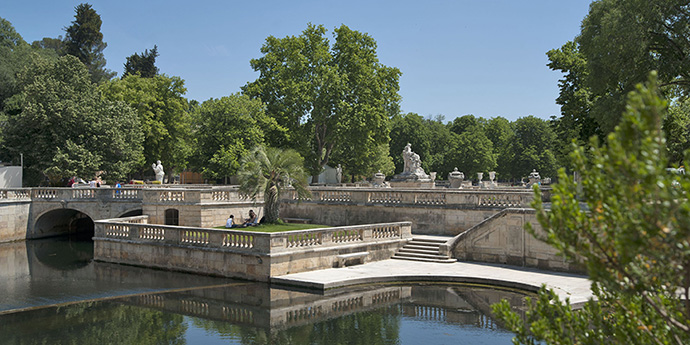 In the Fontaine Garden, Nimes, France

In a roundtable discussion after the screening, Mr. Payne-Frank, who was the cinematographer for several of the films, readily admitted it was difficult to find a genuine representative of the Leave camp. He surmised that perhaps the arts community, which he characterized as “Left”, was devoid of representatives of the Brexiteers, whom he characterized as “the extreme Right”. Attempting to clarify his remarks, he then explained that, to him, the term “Left” signified “liberal”; the translator then attempted to explain that “liberal” in English was equivalent to “progressive” in French. The awkward struggle to find the appropriate nomenclature was a fitting illustration of how inapt traditional political labels have become at explaining how Brexit transpired or describing the fractures in British society. Another panel member, Pauline Schnapper, a French professor of contemporary British studies, addressed how the results of the referendum were a manifestation of the splintering of a society along different fault lines – always there, but perhaps temporarily dormant or invisible: young versus old, wealthy versus blue-collar, north versus south, Protestant versus Catholic.

The evening’s screening was heavily attended by silver-haired retirees, many of whom were fluently bilingual. Conversations turned to remembrances of leaving the UK for the warmth of southern France over thirty years ago, or to the Mancunian origins of the Guardian, now bewilderingly “London-centric”. It made one wonder whether they were the last of their kind, at least for a while. 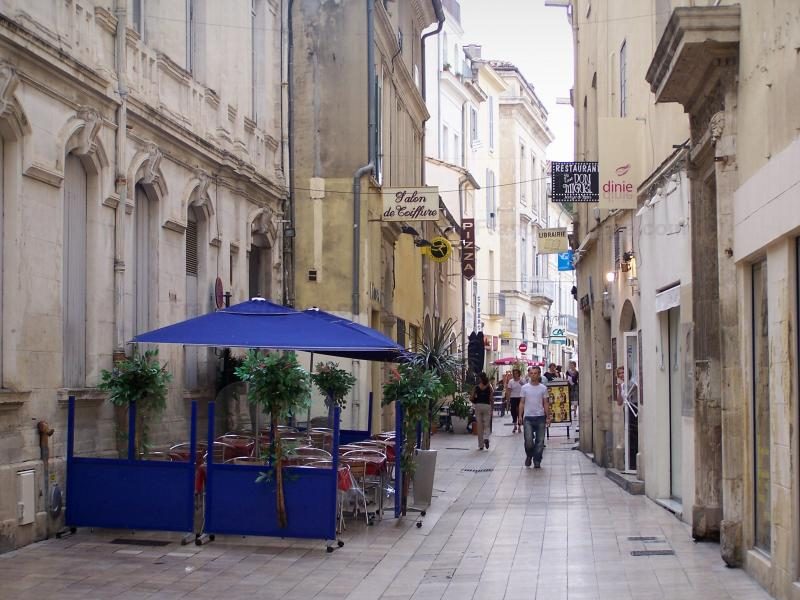 Alleyway in the old town: cafe terrace, shops and apartments.

A striking absence from the films was any mention of Europe. Brexit, at least from the perspective of the nine playwrights, had very little to do with the continent or the superstructure of the EU but more to do with a generalized frustration that simply manifested when it was given an opportunity to do so. The substance of the Brexit question seemed less relevant than the fact that a question was being posed at all.  As one audience member noted, that in fact while it was perhaps true that many Leavers were not clear on why it is they voted to leave, there was no clear vision either amongst the Remainers for what they desired out of a future in Europe.  Perhaps the greatest tragedy is that what might have been a reasoned, substantive debate about the UK’s partnership with Europe deteriorated into a “you’re either with us or against us” fiasco, and voting Leave or Remain devolved into a statement of identity.

In Nimes, as in much of Europe and the UK, the presence of ruins of civilizations past is not only a testament to the impermanence of institutions, but also a reminder of the historical cycle of dominance, decadence, and decline of each system, empire, kingdom that came before. One must wonder if those living during the periods of decline were aware of what they were bearing witness to.

The British Screens festival also featured a retrospective of the works of director Nicholas Roeg. In his masterwork in horror, Don’t Look Now, (spoiler alert, though the film was released in 1973) what ultimately leads to the central character’s demise is not his gift of second sight, but his stubborn refusal to acknowledge it, and to engage with it. By the time he decides to follow his visions, he does so at his peril, having never really understood them. As the date of Brexit draws ever nearer, and the British flee the relationship with Europe towards something else, something unknowable, the world watches with bated breath to see whether the protagonist in this drama will open his eyes in time, and what he will see when he does.

Fabia Chenivesse-Wong. Fabia studied and practiced law at a regional law firm in her hometown of Toronto, Canada, before moving to The Hague, the Netherlands, in 2011. For six years she worked for UN tribunals, prosecuting international crime. Currently based in the south of France, she writes about gender, race, culture and the law. 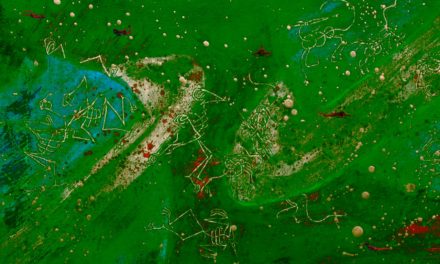 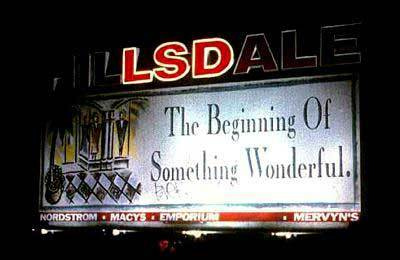 Architecture from a Psychotic Viewpoint/Kristen Hallows