My teaching career began long after the revolutions of the sixties and seventies. I wasn’t born until 1968 and so I never marched in the protests for Vietnam let alone civil rights. Instead, I was in grade school when the progressives were trying their experiments. My third and fourth grade teachers bucked the traditions of the nuns around them and took us on field trips, read books aloud, made longhouses to study the Iroquois, and invited us to create projects and talk to one another about what we had discovered.

Throughout all this, Richard Nixon was claiming not to be a crook and then stepping down from office. Jimmy Carter came in and showed that ideals were good but so too was good execution. And Iran demonstrated that after Vietnam we were not a nation so feared that no one would touch us.

My teachers didn’t talk much about all this. I had one forty-minute lecture about the Vietnam war in all my K-12 education. We talked of Washington and Jefferson rather than Carter or Reagan. There was no mention of Iran-Contra. The only classroom where that was covered was at home when my parents watched 60 Minutes after the football games were over.

By the time of Iran-Contra I had moved from Catholic school and those two progressive teachers to a suburban middle and high school half filled with intellectuals. The other half of the teaching population were quieter or angrier teachers who followed rules more than inspired investigation. It was a mixed bag, but even these people seemed to have the courage of at least some convictions. The English and Social Studies departments at the high school had more than that. They seemed ready to march for what they believed in, or maybe they had grown up marching and were only now settled down.

I became a teacher and started my career in a suburban high school where I was mildly radical, which is to say that I was young and hot-headed. I wanted to try every new thing in education. I wanted to inspire. I wanted to lead. That’s a lot of what I did until the principal, in my third year, made it clear that I was not welcome to continue there. I left after that year and moved out of traditional and into alternative education for at-risk kids. I learned an important lesson along the way: Don’t piss off the man; he’ll fire you.

I’ve been thinking about all this after reading the three books in John Lewis’s story of the Civil Rights movement. These graphic novels, entitled March tell his story and that of the others who stood up to segregation and oppression despite the tremendous threats against them and the casualties they incurred. I was struck by the bravery of all who marched and the hatred and fear of their attackers. The savagery shown in the graphic novel was staggering. I can only begin to imagine what it must have been like in person.

Or, I can wait a little while and let November’s election play out. That ought to give me a good idea of what it was like way back when. People are coming to overturn what we hold dear in this country. The person we elected is unconcerned with the Constitution, human rights, or tradition. In March, Lewis juxtaposes his story with that of President Barack Obama’s election. Seeing and reading of Obama, I’m proud of what we have done and revolted by how far backward the 2016 election has already sent us. I keep wondering what can save us.

There is a moment on page 159 of Book 3 when two teachers discuss whether or not to join the Civil Rights marches. One is afraid that they will be fired. The other says, “If we’re not in the classroom, then the kids’ll be out in the streets — probably protesting too. Besides, how can we teach American civics when we can’t vote?!” They agree to march. Lewis never goes back to tell us whether or not the teachers were fired and I found myself wondering inordinately about that.

I would like to say that today’s teachers, faced with a similar situation, would risk their careers and march, but I don’t believe we would. I’m not sure we will even teach what is happening during this new administration. We public school teachers are, on the whole, a cowed bunch, well-behaved followers dead set against rocking the boat. We talk about civic duty but make no waves. We allow the state to punish students with testing that gets in the way of teaching, curriculum that waters down almost every subject, and ludicrous ideas such as literature having no place in the English curriculum. We go along even with APPR, a rating system that crushes good teachers, produces teacher shortages (young people know a bad profession when they see it), and sends our best teachers into early retirement or new careers.

None of this will get better under the new administration.

I’ve been in a public school teacher for 22 years. I’ve read the progressive pedagogy of the ’60s and ’70s. It stands in stark contrast to political timidity of 21st century teaching. We teachers are not revolutionaries. We aren’t even progressive. We are largely instruments of whomever is in charge and cowards when it comes to standing up. I include myself in all this. I’m scared I might get fired, scared I’ll be APPR-ed out of a job, scared someone will notice me.

But enough is enough.

I will not show the inauguration in class. I can’t support the person taking the oath. My classroom will continue to be centered on compassion, literature, the study of history, and protection of the meek against the mighty, but when the march happens I will stand up and encourage them to stand up too. The inscription on the Statue of Liberty stands in opposition to our new overlords: “Give me your tired, your poor, Your huddled masses yearning to breathe free, The wretched refuse of your teeming shore. Send these, the homeless, tempest-tost to me, I lift my lamp beside the golden door!” That Statue stands up. It is a beacon. It is uncowed.

What do I do on Monday morning? It begins by having kids read things such as March. Each lesson has to be designed such that it inspires students to think, question, and even doubt what they are being told. In the first discussion we had about the book, I asked students if it was possible that we could see such things today. The first students said, “of course not” but then someone asked if the recurring shootings of unarmed black men weren’t similar to what happened in Selma. “Black Lives Matter feels a lot like SNCC,” one young woman said. I asked about the call to ban Muslims and the idea that Mexico was sending rapists to the US. A young man used an expletive to describe those things as untrue in every way.

Going further, we will talk about words in the way George Orwell would have us consider them. Alt-Right and America First don’t mean what the people using them say they mean. There is much more there to unpack and we have to consider the intentions of such language. Fake News is just another term for propaganda and lies. We will read Orwell and compare what he describes to the ways in which the top tier of the 1%, now being installed as the new Cabinet, use language to shape reality and control the masses.

What better reading material for a classroom than the speeches of Martin Luther King Jr., Abraham Lincoln, the Founding Fathers, and others who have been proven by history to have been on the side of the angels? And why not read the words of those who have tried, often successfully, to sell evil through the rhetoric of fear and hatred?

The curriculum going forward will still include Shakespeare, The Outsiders, Steinbeck, Night, Harper Lee, and more that we have come to expect through tradition. These have long been lenses through which we view our own experience. Coupling these with the news of the day and connecting ideas through history is how my teaching must change. I can’t simply present these as pretty works of art but instead they must serve as arguments and statements of purpose.

Teachers have to realize that the times have changed and examine how we have changed with the times. I didn’t get into this profession to just be safe. I thought that I could make a difference and help create a better world. I expected to shape my students’ thinking and push them to question their world. That seemed the whole point of teaching and learning. It never had much to do with a canned curriculum, tests, or toeing the line. Those two progressive teachers from my Catholic school and the Social Studies and English departments at my high school were concerned with helping form thoughtful adults who would lead rather than follow. They led by example and didn’t seem to think even once about it being a matter of courage.

It is time for teachers to be brave. It is time for a pedagogy of courage. It’s past time for that. We have our work cut out for us. Class is in session. Everyone up on their feet. Let’s march.

Brian Fay has been a public school teacher for twenty-three years working mostly in alternative education with at-risk students, helping them learn to enjoy and see value in reading and writing. He also teaches first-year composition at the college level. His writing regularly appears on his blog bgfay750.blogspot.com. Brian lives in Syracuse, N.Y., with his wife and daughters. 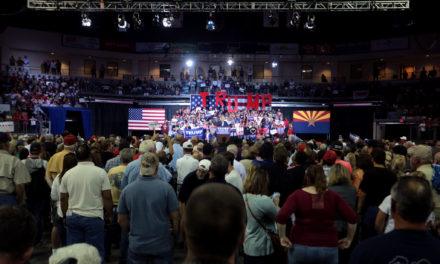 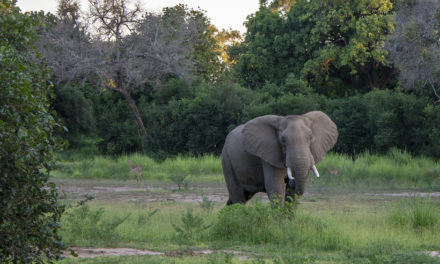 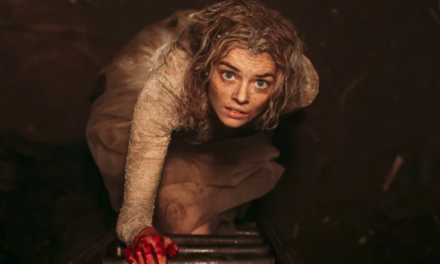