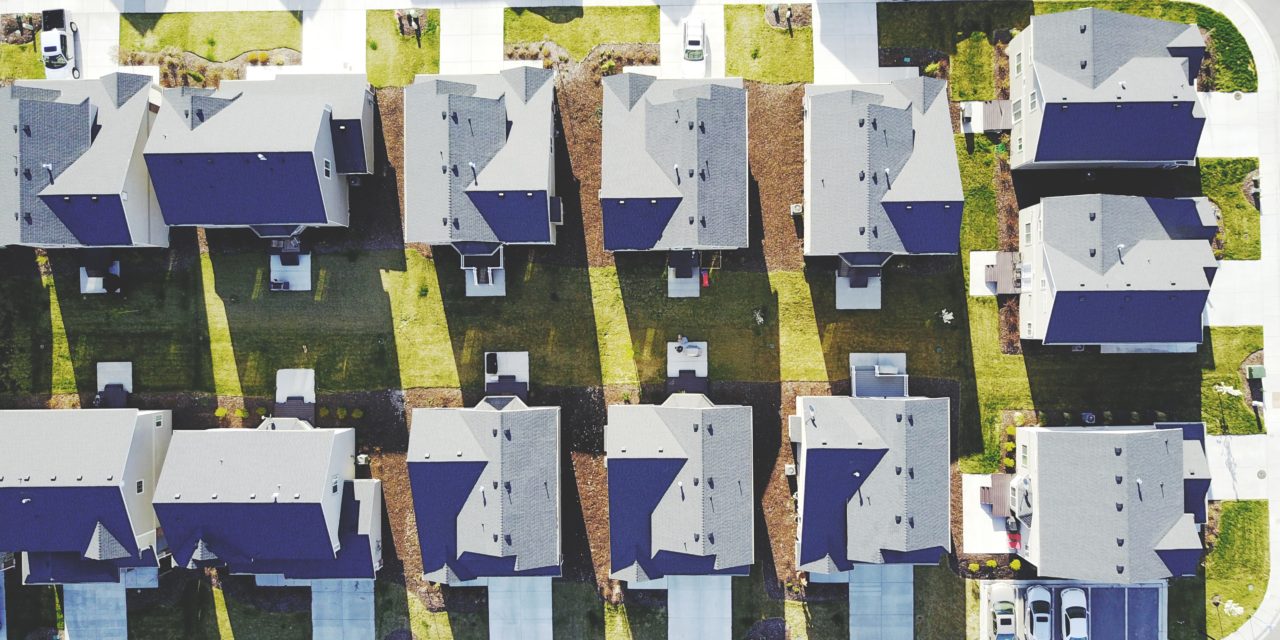 Photo by Blake Wheeler on Unsplash 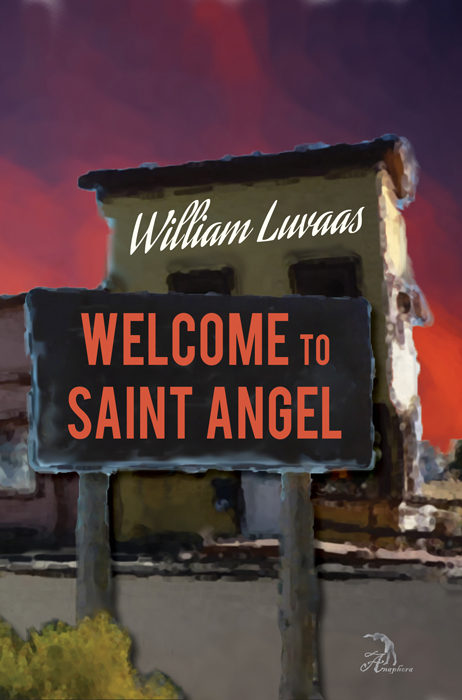 An Interview with Bill Luvaas

Welcome to Saint Angel  is the fourth novel of this multi-nominated novelist honored with such nominations as the National Book Award, Pen/Faulkner Award, and National Book Critics Circle Award, among several others: www.williamluvaas.com

Luvaas has two story collections published. His stories and essays appear in dozens of publications such as the North American Review and he has taught writing at San Diego State University and elsewhere.

Luvaas:  Welcome to Saint Angel is a story about development gone mad in the bucolic So-Cal valley of Santa Rosa de Los Angeles (SaintAngel), townsfolk split into warring camps. Developers want to turn the valley into a sprawling bedroom community and appropriate its meager water supply to grow lawns in the desert. Al Shar­pe and his zany allies want to preserve its natural beauty and rural character. T­­he battle between them is both comic and tragic. The story of one man’s heroic fight to save the place he loves and a rural community’s struggle to preserve its way of life and tight-knit community­, the novel speaks to the impact of unbridled development and suburban sprawl on the natural environm­ent and on people’s lives.

Smallwood: How long did it take you to write it?

Luvaas: I wrote the first draft in 2002-03. It took four revisions in all, squeezed between other books, before I got it right; each one came faster. The final revision took about four months.

Smallwood: How has living in California influenced your fiction?

Luvaas: Profoundly. I’ve set my past three books in California’s high desert where I lived for 15 years. I’m inspired by its huge, dramatic, unforgiving landscape and fascinated by the quirky outcasts who live there. Outsiders proliferate in my work, along with grotesque realism which thrives in the desert. My writing has always been informed by my surroundings—whether New York, the Mendocino Coast, or (now) L.A.

Smallwood: When did you first begin writing?

Luvaas: I wrote some bad poetry in college, then a 1,200 page “starter” novel in my late twenties, The Uranian Circus, which I wanted to be the defining novel of the Sixties. Never published. When I moved from Northern California to New York in my mid-thirties, I wrote and published The Seductions of Natalie Bach — my Sixties novel.

Smallwood: What are some fiction contests you have won?

Smallwood: What are some of the topics of your essays; have you written poetry?

Luvaas: I learned early on that I am a better storyteller than a poet. My essays often focus on societal traumas (like Trump’s election), and personal traumas, and how past dysfunctions influence present behavior. Loss is a major theme in both my fiction and nonfiction. I’m fascinated by the puzzling machinations of fate which often seem informed by loss. So I’ve written about the loss of a close writer friend, the burning down of a small town’s favorite restaurant, how the loss of a tooth in a long-ago skiing accident returned to haunt me just when a major literary agent offered to represent my work. But I’m not a fatalist: a stubborn resistance to ill fortune runs through all my work, along with a longing for something better.

Smallwood: In an interview with The Book Review, http://thebookreview.net/book/beneath-the-coyote-hills/, I was intrigued by your collection of linked stories. Could you tell us about the book? 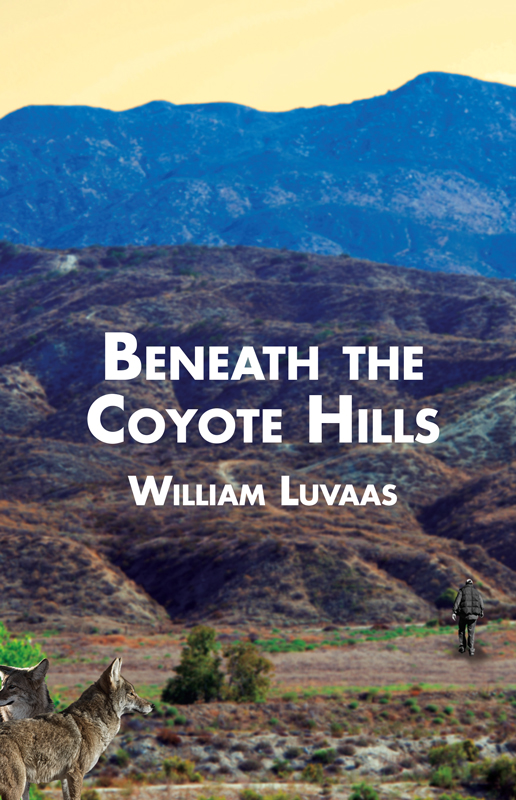 Luvaas: It includes ten linked stories, each independent but sharing the same cast of characters, themes and locales — something between a novel and a story collection.  The stories explore what life might be like after several decades of global warming, extreme weather events, epidemics, and collapse of the world economy and social order. They are set in two isolated California communities where ordinary people try to survive and keep some semblance of order and meaning in lives stressed by environmental and social apocalypse. Each story presents a new crisis­, with collective troubles reflected in individual troubles as holocaust in the outside world engenders personal holocaust.

Smallwood: What advice can you give struggling writers? Please comment on changes you have seen in the writing field.

Luvaas: Stick with it no matter what. Talent is important but of little use if you aren’t persistent. Thomas Mann advised us that only those who can’t live without writing should attempt to be writers. Because it’s a hard haul, not just getting the work done but finding an audience for it. You will most surely face disappointment.  You have to get up, dust yourself off, and keep going. There are no easy ten-step programs; you just have to write. You need to have faith in yourself, but some doubt, too, so you will keep pushing the envelope. It’s an awkward dance: self-confidence coupled with self-doubt. The writer’s two step.

When I started out, books were promoted through print media. Now social media and blogs dominate. Publishers were more willing to take risks and support marginal books they believed in. Today, with fewer readers of serious fiction, publishing houses are reluctant to support “literary” writers whose work doesn’t fit neatly into a marketing niche.

Smallwood: Please give us a hint about the new novel you are now working on.

Luvaas: It’s about a woman who flees a powerful and abusive husband with her teenage son. He’s a District Attorney with all the tools of the surveillance society at his disposal, so she must disappear off the face of the earth to escape him, which is nearly impossible in this age of facial-recognition software. She’s also battling depression and opioid addiction. Their odyssey takes them on many madcap adventures, always staying just ahead of her husband.

Carol Smallwood’s books include: Prisms, Particles, and Refractions (Finishing Line Press, 2017); Interweavings: Creative Nonfiction (Shanti Arts, 2017); In Hubble’s Shadow (Shanti Arts, 2017); In the Measuring (Finishing Line Press, 2017); and, Library Partnerships With Writers and Poets: Case Studies (McFarland, 2017).  Her previous articles in Ragazine include an interview with Jordan Blume, and a review of 86 Sonnets. She serves as judge and reader for magazines. 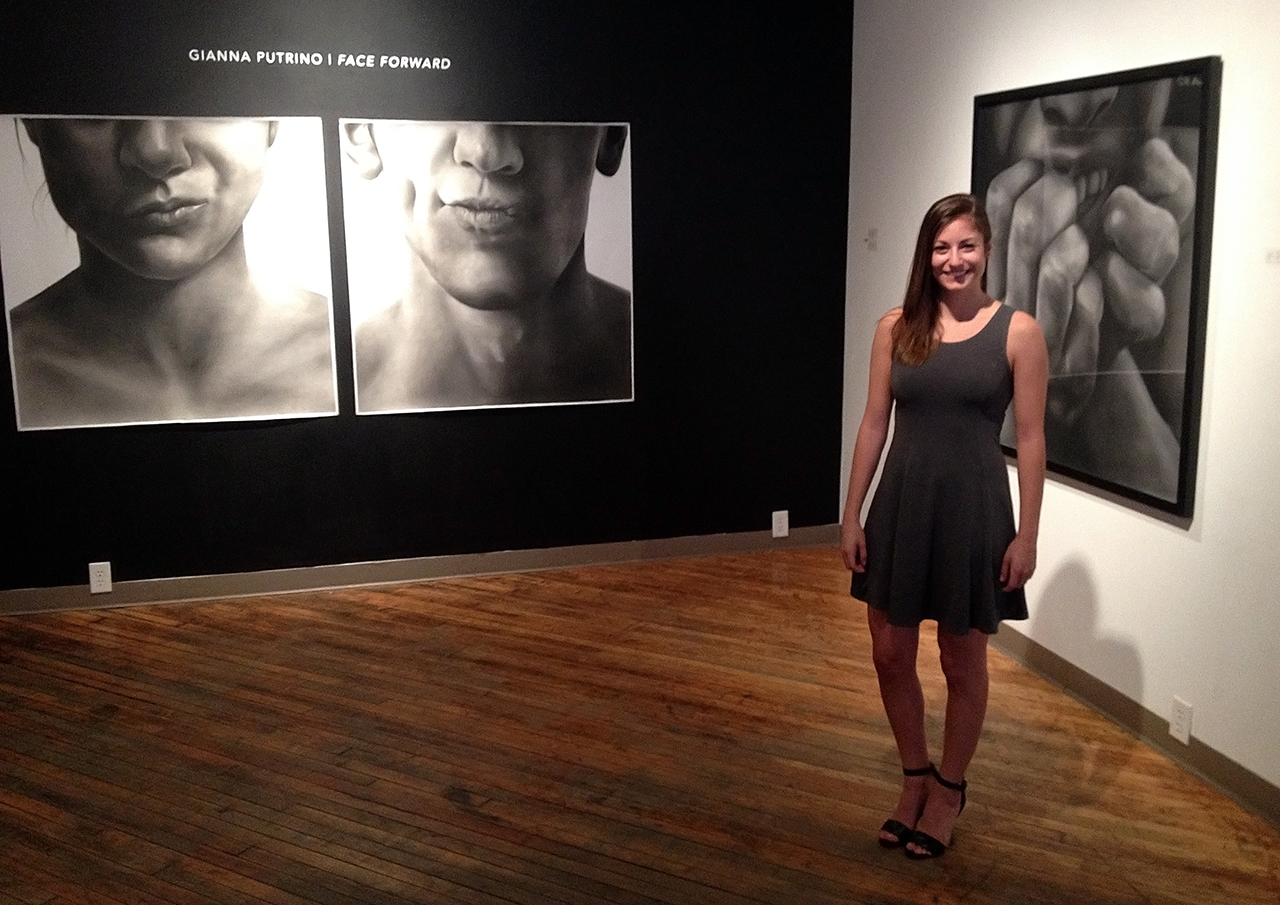