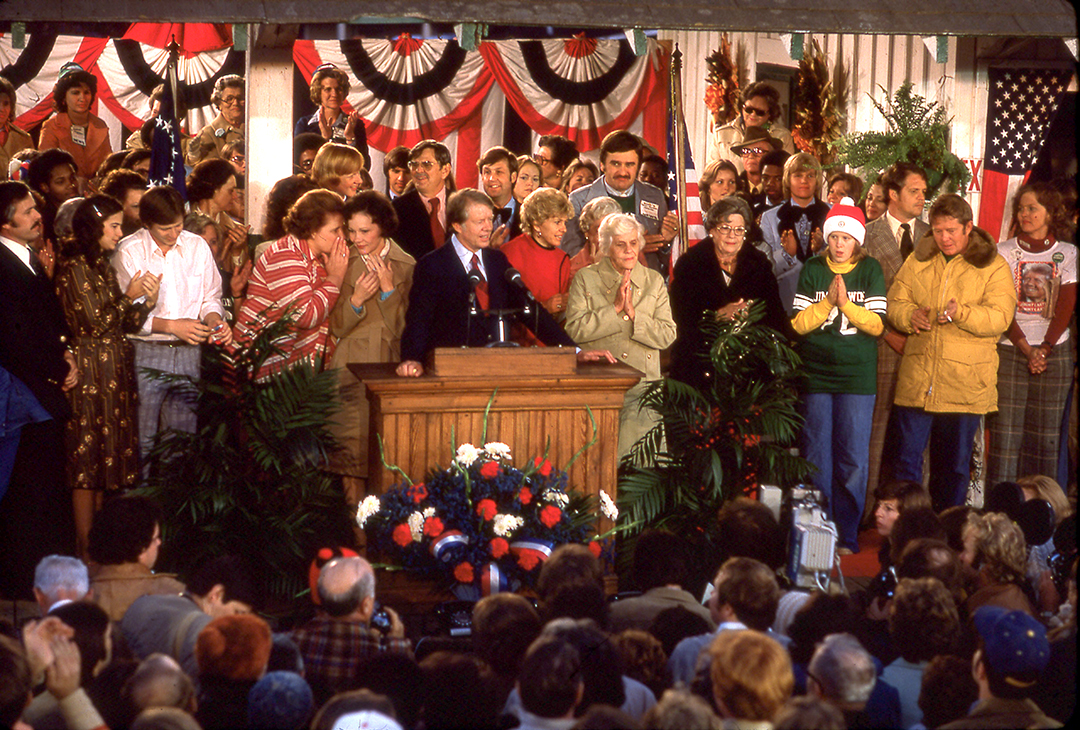 It’s an election year! What better time to travel down memory lane than now, when the past seems so much more normal than the present? Fortunately for us, phot0grapher Maggie Hopp has mastered the art of scanning negatives and transparencies, and presents us with a superb and totally unique selection of historically important photographs she took just prior to Jimmy Carter’s election as 39th President of the United States in November 1976.  Carter served from 1977 to 1981. As Hopp  herself explains:

I have once again figured out how to scan my old Kodachrome Slides and seem to have an unearthed, as promised, my collection of images which tell the story of Plains, Georgia… home of Jimmy Carter, this one stop on the railroad line town and environs at the time just prior to, during, and just after Carter winning the election in November 1976.  I was there at least a week before the actual election and shared a hotel room and a rental car with René Burri, a famous Magnum photographer (he had the car — I don’t drive — and I had the hotel room), a good match as there were few places for ‘press’ to stay in the area, and the Best Western was close and convenient and there were conveniently twin beds…

We became ‘shooting buddies’ for this approximately ten-day to two-week period.  For me it was a tutorial in photography techniques and lenses, as we both had Nikon camera bodies, but he had the full range of lenses and filters and what not, and so we shared those as well.  I was just starting out professionally, having only returned from India the year before… and landed this assignment for a magazine. They had booked the hotel room, fortunately, and a mutual friend hooked me up with René. We became a team for the duration!

Images use with permission © Maggie Hoop