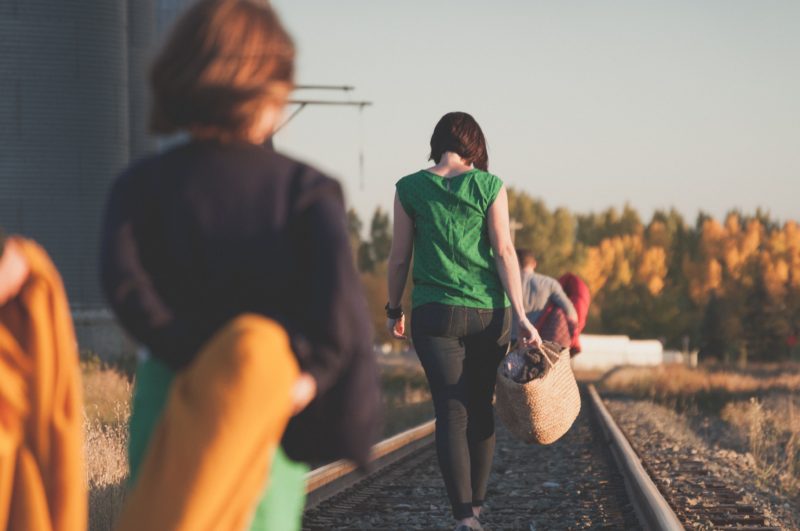 As The Bell Rings

On the one-year anniversary of the Inauguration of the 45th President, I watched the clock tick to zero on the government shutdown stopgap measure. It seems fitting that a year of turbulence ends with paralysis. We have Dreamers on a side, CHIP recipients on another, border security on another, activists on another, and outright racism on another… all like an amorphous polygon that keeps shifting.

Teachers do not always know what tomorrow will bring as far as rhetoric or policy. This, unfortunately, is not new. Rollouts on things like national standards (most recently Common Core) and their accompanying tests, state graduation requirements, and schoolwide curricula happen at lightening speed, and educators try to keep up by figuring test preparation into their day, remain in compliance with laws, and shield their students from whatever harmful or hateful tweet has emerged from a friend, a foe, or the Oval Office.

At the same time that teachers define their place in the big picture, there is the exceptionally important work that often flies under the radar. In fact, no matter what confusion or challenges swirl around the big picture in the field of teaching, there is the actual work of the day-to-day teaching. The mundane and crucial interactions— the “let’s get started” and the “did you eat breakfast today?” and the “how’s things going at home?” continue inside the school’s walls no matter the political climate. These little moments are the real stuff of teaching. So, from time to time, it behooves us—and inspires us— to step into a classroom and see what kind of work is going on. Amanda, a high school teacher in Brooklyn, NY, was generous enough of spirit to open her doors and let her voice resonate.

At the beginning of the school year, Amanda is faced with the challenge of slowly assembling the details that help to make up the stories of our classrooms. These students’ life narratives help to shape her understanding concerning how to help these children learn and how to facilitate their development as members of the communities in which they live and move.

As an English teacher in an urban school, it isn’t uncommon to walk into any classroom and hear our students speaking Haitian, Fulani, Thai, Mandarin, Spanish, Arabic, and Bangla, all in the same classroom. Creating an environment that encourages English language development while championing such a heterogeneous collection of first (or second, or third) languages is certainly a difficult task, and one we talk about quite a bit in our schools and in academia. But it’s not the first challenge Amanda meets.

The challenge begins with teaching students whose lives began in regions of conflict and/or crippling poverty, and within cultures whose practices differ vastly from those found in the United States. For instance, the act of riding the subway, mundane to seasoned New Yorkers, can be an emotionally exhausting experience for these students. With increasing numbers fleeing the drug violence of Central America and the civil unrest in Syria and Yemen (to name a few), the schools are now havens for unaccompanied minors without support systems.

Let’s pause on that a moment: unaccompanied minors, whose haven is the classroom. There are those who walk Amanda’s hallways after having lived in refugee camps, spent time in detention centers, or spent many years working to support their families. Helping children to survive, then, becomes paramount. If Maslow’s (1943) pyramid is correct, then the foundational biological needs become all-encompassing here. It would be reasonable to conclude that expecting these children to aim for content mastery is an insurmountable feat. Fortunately, our students rise to take the opportunities they so richly deserve. As Amanda has found, the teacher must find and frame these opportunities such that these children can thrive academically, even while struggling to survive.

With this in mind, our work begins with capitalizing on the numerous life skills these students accrued, often in lieu of what we consider to be traditional classroom learning. Due to the situations our students have experienced, it is likely that the students have traumatic stories to share. We are not always emotionally prepared to hear them, but it is here that our greatest efforts are needed to reach these students. They often come to school with scant resources to succeed in any traditional way, but with a plethora of experience and incredible amounts of strength, which can serve them well at school and beyond, if channeled and celebrated in the classroom. Amanda’s classroom does just that.

A case in point is one whom we will call “Tiffany.” As a ninth grader, she rarely raised her hand, or even lifted her head during class. In the hallways, however, she was lively, speaking Spanish to a growing group of friends. Sometimes, she sang with them. As her teacher, it was frustrating to be met with her supposed apathy in the classroom. As the year wore on, the teaching staff learned that hideous violence in her hometown was the impetus for Tiffany relocating with extended family in New York City, and that she had witnessed heart-wrenching attacks. She had also spent time in an immigration detention center. Her resigned nature in class, Amanda learned, was not simply the mark of an uninterested teen. Tiffany had been ripped away from her closest family and friends as a matter of survival, and she was attending school while processing the traumatic events that had been part of her young life.

In 10th grade, Tiffany teamed up with two others during the first unit of the year. Students had a choice of group projects they could complete to explore the theme of food and community. One of the objectives was to hone the skills of respectful collaboration and time management. Tiffany’s group chose a music project. The result: a music video wherein Tiffany and her groupmates can be seen joyfully dancing and singing, in English, performing an original song describing their favorite foods from their home countries. Finally, Tiffany from the halls found her way into the classroom space. Finally, Amanda had discovered a way to reach Tiffany and facilitate authentic communication through a principled, content-driven activity.

The notions of accessing our students’ funds of knowledge (Moll, Amanti, Neff, & Gonzalez, 1992), providing opportunities for meaningful interaction and negotiation of language do not come as news to most teachers. However, what has struck me is the brutality of the students’ stories. Tiffany joins a growing population of displaced teens who are trying to find their place in classrooms across the United States, often in the face of death. This, sadly, is not an exaggeration.

The students arrive interested in school, but as the weeks wear on, they begin to retreat, because they struggle to understand how to “do school.” At 15 years old, some must learn how to hold pencils. Others, while writing an About Me section on their class blog, nonchalantly mention that they crossed a border alone to be in the classroom where they are sitting. These students exemplify grit, a term which has become a popular topic of discussion as a marker of future success. They have maximized their resources and collaborated with those who love them to change their life circumstances. Their metaphorical toolboxes are full to the point of inspiration. Our job is to recognize that the first step will be to socialize them into the community of “school.” We can do this by making socioemotional components an explicit part of our classroom, drawing on what they already know, which is considerable.

We expect a lot from these young people as contributors to the learning process, and at times it can be easy to forget how much we also expect of them as humans. Quite simply, the successful navigation of the school day for these students begins with giving them time to develop the socioemotional skills to support them as they dig into the standards of learning our school community is charged with teaching. If this is achieved, our children’s growth will be unstoppable.

Catherine Box is Lecturer in Educational Linguistics at the University of Pennsylvania’s Graduate School of Education. A former high school teacher, she works closely with K-12 teachers in urban school settings across the United States, leading workshops on working with multilingual in the class. She would like to thank Amanda for opening the doors of her inspiring classroom.

Portions of this essay appeared in previous publications.

A Hobbit/Fiction by Alf Marks 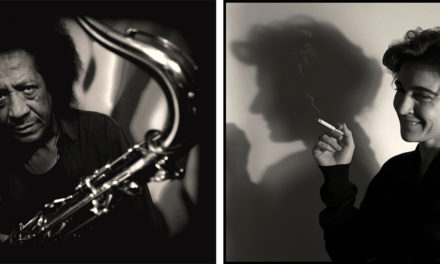 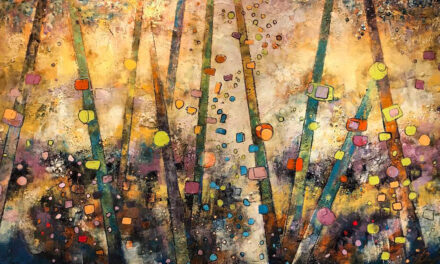 Our Back Yard/Orazio Salati, Artist 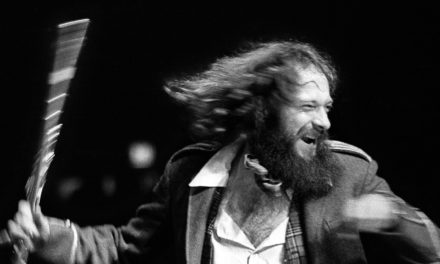