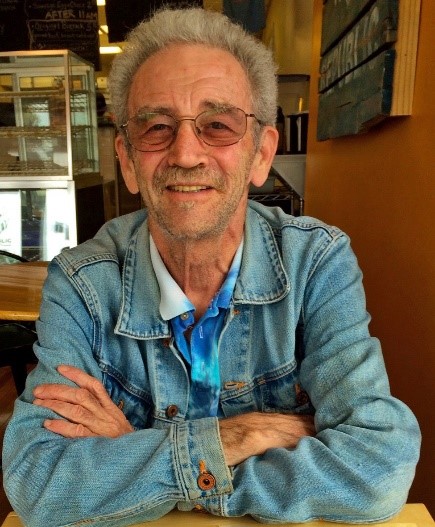 Charlie Einhorn’s contributions to the Columbus, Ohio, creative community cannot be overstated. From the early 1970s on Pearl Alley at Charlie’s Guitar, to the later street scenes of Hot Times, and more, his was a constant presence in the effort to bring people together, to help them make themselves better, and to make their city a finer place to live and work. A place to enjoy life with the same love and enthusiasm he freely shared with family, friends and strangers, alike.

Charlie was one of the founders of the paper version of Ragazine in Columbus. I had not seen him in many years, but his name and photos came up frequently in “news” from Ohio. It came as a shock when I was informed Charlie was hospitalized and on life support. I thought for sure he would recover and be back on the front lines in no time. Such was not to be, as word was conveyed in a short note on April 16 from Harry Farkas that said it all, “Charlie Einhorn passed away.”

For those who knew him, and those who would like to know him more, a lengthy interview appears on the Columbus Jewish History website:  http://columbusjewishhistory.org/oral_histories/charlie-einhorn/

He will, indeed, be missed.