When I first met you, your shirt
was striped – fat purple, thin black,
medium pink, white too! No pattern, varying
thicknesses. “I like your shirt,”
I said. That was a lie.

You said there was a dead body buried in
your front yard but we could not dig it up.
In the third grade, you had sex with a boy in red
boxers on the school’s theater stage after he
pounced on you. In the cafeteria, you punched a girl
then called the principal a miserable whore,
tyrant mother type because she can’t have
her own children. You stole five dollars from your
brother. I dropped it in the bathroom so that
he would find it there and not blame you.
So casual, you believe yourself. So many times
you’ve looked to me, shamelessly.
Your sister calls you during lunch to ask if
you’ve taken her red sweater. On speaker phone,
you look at me and ask “Am I wearing a red sweater?”
“Yes,” I say, though it was white. I did not realize
that I was backing you up on the truth this time.
You’re a natural blonde but an avid dyer of
your roots. You can see into heaven, made
of cotton candy clouds and Gumdrop Mountains.
You’ve seen the legendary evil, white squirrel
in your backyard. You won five hundred dollars
and spent it all on chewing gum. You remember
your past life and speak to the ghost
in your house. You did a photo shoot for Playboy.
You were going to share that blunt with your
cousin if he had given you a change to invite him.
You witnessed a kidnapping and a stranger
serenaded you in the hallway. Your crush
has a brain tumor and you need to come see me
to grieve. You have to use the telephone so
you stop at my house. You said that you’d
hang yourself with a shoelace. That
your dad raped you and you told your mother.
Told your parents that you needed some money
for bowling, to go out to eat, for my
birthday present, to see a movie, for bus fare.
You’re going to quit this time,
you’ll go to school tomorrow.
We’ll be best friends again —
even when you get out of rehab,
even when you get off of parole.
You love me and you need me.
We’ll hang out on Saturday.
You’ll text me about it. You don’t need
a ride from me. You have to get clothes
first anyway. You’re leaving your
boyfriend’s house now, walking back
to see me. Should only be an hour.
You’ll call me when you’re on your way.
I don’t know if I believe you.

I looked like a scarecrow. Straw hair,
purple, sunken eyes, and pale skin.
In kindergarten, I wondered,
“What am I doing here?”
Caramel coffee complexion and
two kiwi slices, black seeds grouped
inside the flavorless, white middle.
You have a half moon scar on your cheek –
from when your aunt scraped your mouth
trying to unstick it from the vending machine.
I still don’t understand that story.
When I was eleven and you were ten,
you said, thick lipped, “I’ll make her sociable.”
But you were always older than me.
I was weird and goofy, probably annoying,
but you did not let me understand –
that’s how kids are supposed to be.
The first time I slept over your house,
I said my first curse words. You told your
friend over the phone “She curses now.”
You told me the three times your friends
called me ugly. You don’t understand the
difference between honest and unnecessary.
You laughed when an acquaintance pulled
back a white, wooden stick and said she’d
hit me. Your second best friend breathed
“Leave the white girl alone.”
I cried but I stayed the night anyway
because you asked me to.
You asked me to turn my back on the
black, leather couch so that you could
lay with your boyfriend. Your mom
didn’t know he was there and your
brothers slept on the floor beside you.
I remember some of the boys you
said you loved, some that you
slept with. I wonder, how many has
it been now between the two of you?
I remember that every time they left you,
you said you didn’t love them anyway.
“Why don’t you just get it over with?”
you ask me. When I come heartbroken
to your home, you say “You’re bringing
me down. You’re ruining the good time.”
When a whore asked me if she should
hang out with the boy who hits you,
I called for your approval just to hear
you say no like I knew you would.
“My cousin said that I should have
slapped you for that.” When
a group of jerks surrounded you
and threw coins at you, your
other friends watched. “You’re small
and even you would have helped me
out of that circle.” You call me crying
when you’re feeling guilty. “Are you
mad? It hurt knowing that you would
tell me you’re disappointed.”
We talked every morning for hours
during the summer, almost all day.
My mom made me come home
when I stayed at your house for
four nights straight. Your mom
didn’t mind having her other daughter
around. You said you would make some
money dancing but some other girls
do more. Be safe. You always go farther
than you promise yourself. I put your first
and middle name as a contact in my phone
because you’re ashamed of your surname.
“Those people are crazy.” You didn’t know
your dad. That’s probably why your baby’s
father is thirty-two. You only call me now
to talk about fights, break-ups, sex, and
a mother that gave up and hoped better
for her sons. You only come to my house
past midnight when you have nowhere
to go and I see you making plans to leave
as soon as possible. Ten people later,
a boy will smoke you up. I wonder when
the last time was that you were sober
and I remember when you said
cigarettes are pointless. But you never
made a point for yourself anyway.

Months of you breaking plans and
me scared to answer random
numbers – we haven’t see each other.
You still say that we’re best friends.
I just change the subject. I tried to be
good but I never could help you.
It took me years to realize that you
were never a friend to me.
I said that I would change my phone
number. But I haven’t yet.

Cheyenne Dorsagno is an English major and Professional Writing minor at SUNY Oneonta. She has studied Creative Writing under poet Emily Vogel and will be a copy editor for her school newspaper, The State Times, in the forthcoming semester. She realized her destiny to become a writer before elementary school after watching children jump into chalk drawings on the sidewalk in Marry Poppins, finding the transportation into a new world synonymous with reading good literature. 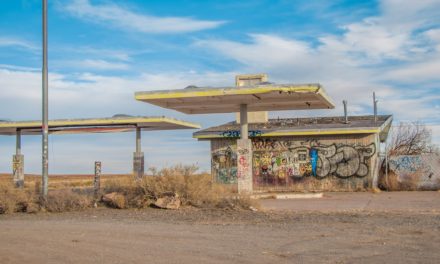