There was a cute girl that checked us in at the counter. I liked her dimples the best, the way they dipped. I wanted to stick my pinky finger in them. They were so cute. She gave us the key for room 119. She was the best thing about that place. She had built-in color. She didn’t pay for her tan. She said that our room was close. She pointed right down the hallway with a tiny finger. Her manicure immaculate. I hid my hands, so she wouldn’t see my own fucked up bits of pink polish. Oh good, my dad said, we’re on the bottom. We won’t have to lug all our stuff up the elevator. There were a bunch of skinny blonde kids running in through the exit door, chlorine drenched swimming pool clean (or dirty by the looks of that place.) My mom was up in the gift shop, and we were glad because she had been singing and talking the entire way up there, and she was making Seth want to go inside the room and hang himself from the shower rod. It took my dad awhile to get the door open, then Seth grabbed the key from his hand and made the door open sesame. That room was by far the worst we had ever been in. It was like a big fucking sad face — the same kind that I would doodle over and over on my twenty minutes timed math test. It was dark as hell, and cavernous, and there was no mini-fridge to store the leftover chicken fingers from my Sizzler lunch in Gorman. I stuck them in my purse when the waitress wasn’t looking. That too was a big fucking sad face of a place. On one of the beds there was a big black suitcase with a tag from LAX. My dad unzipped the front pocket of the suitcase and I yelled at him to stop. I went looking for the bible in the night stand and found bits of Marlboro Lights there, and it was all cigarette silk and woman, and that made me shiver. I thought about that woman, whoever she was, unzipping my dress, the way my dad unzipped her suitcase. Her smell, I know that smell because we all smell like that. There was a dirty towel on the floor and I said, Hey, you guys, we need to get out of here. Someone else is still staying here. Seth wanted to go through the suitcase, pointing out there might be money in it, or maybe valuables, like Tiffany shit, but in my twelve-year-old wisdom, I said that nobody with stuff like that would be up in this shit hole, except if they were drug dealers, and in that case, we definitely didn’t want to touch it. We agree to leave the suitcase on the bed and make our way back to the front desk, and it’s dark haired moon-eyed goddess. It turns out she gave us a room that was already occupied, but we are all forgiving. We forgive her because she is beautiful. If my mom were there, she would have told her off and demanded an upgrade, like pillow top mattresses. But there would be none of that because, like I’ve been saying, that place was on the grimy tip. But, damn. That girl at the counter. In the middle of her umpteenth apology, I finally notice the goddess’s name tag. Her long, black, beautiful hair has been hiding it the entire time, and as she pulls it away from her smooth looking neck, I finally see it. Hey, my name is Crystal too, I tell her. She smiles at me and says, All the good girls have that name.

Monique Quintana holds an MFA in Fiction from CSU Fresno. Her work has appeared or is forthcoming in Huizache, Bordersenses, Lunch Ticket, Madcap Review, and Heather Press, among others. Born and raised in Fresno, she draws her inspiration from the oddity that is the Central Valley. She recently held the Senior Associate Fiction Editor position at The Normal School and was the president of the Chicanx Writers and Artists Association( CWAA) Fresno State. Like all her characters, she was born and raised in Fresno. 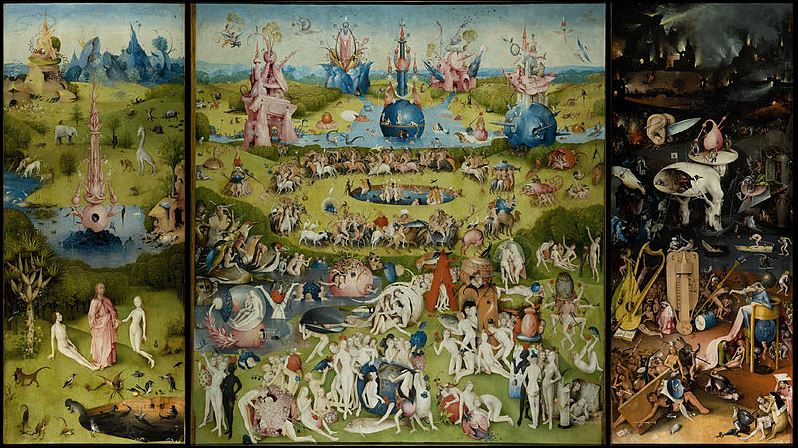