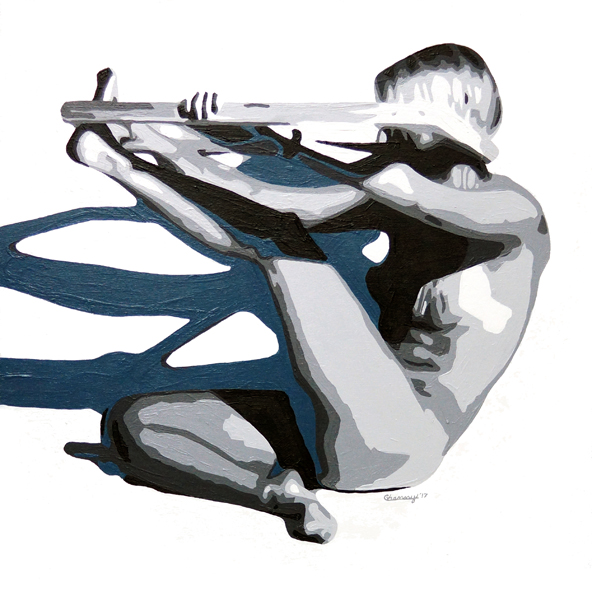 For me, creating is an addiction. Trying to suppress it is like trying to suppress a cough – it may appear to work for a very short while but it is there, deep in my chest, fighting to come out until eventually it cannot be subdued.

My inspiration comes in many forms and is most often stored in my subconscious. I live life; I notice. I am angered, excited, intrigued, awed – and then late at night I lie awake and ideas flood my mind. Because of this, my work ranges from comical surrealist animals to more serious issues such as inequalities, social pressures, sexuality, and hardships.

Much of my work focuses on the human figure, particularly the female figure. The movement, composition, form, and gracefulness of the female figure captivate me. The body is so many things all at once. It is a vessel, a storyteller, and a vehicle. It is honest, even when words are not. It is truly beautiful yet so often overlooked. The bodies in my work represent ideas and concepts rather than specific individuals. I have found that viewers tend to be distracted by faces and fixate on the individual identity of the model rather than the intended larger concept.

For this reason I tend to omit, replace, or hide faces. I also frequently use animal faces instead of human faces.

I work in a variety of media including charcoal, pencil, yarn, acrylic, and mixed media. Each medium allows me something unique. Alternating between media keeps me engaged and motivated. Unlike many artists, most of my work is meticulously planned and I take great pleasure when the end result matches the vision in my head. Most often, my creativity lies in the planning and ideas behind a piece, not the execution. I have a minimalist esthetic. Because of this, most of my pieces center on a single focal point with simple or blank backgrounds and little or no color.

All images use with permission © Courtney Kenny Porto

Born and raised in Omaha, NE, Courtney Kenny Porto, is known for her figurative work, charcoal drawings and yarn paintings. Porto’s work focuses largely on satire and women’s issues. Porto Graduated Summa Cum Laude from Bethany College (Lindsborg, KS) with a bachelor’s degree in Studio Art. She has exhibited work in numerous juried and solo exhibitions throughout the United States and has work in private and corporate collections throughout the Midwest. Her work may also be seen on Tender & True’s pet food packaging. Porto has been featured in copious publications, magazines, blogs and television interviews. Her favorite honor thus far is to have been named “Fierce Woman of the Year” 2015 by Maxim Feminine Hygiene. 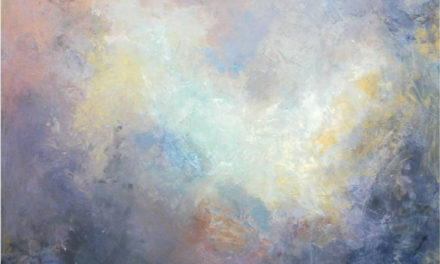