Gift Boxes for the Rich 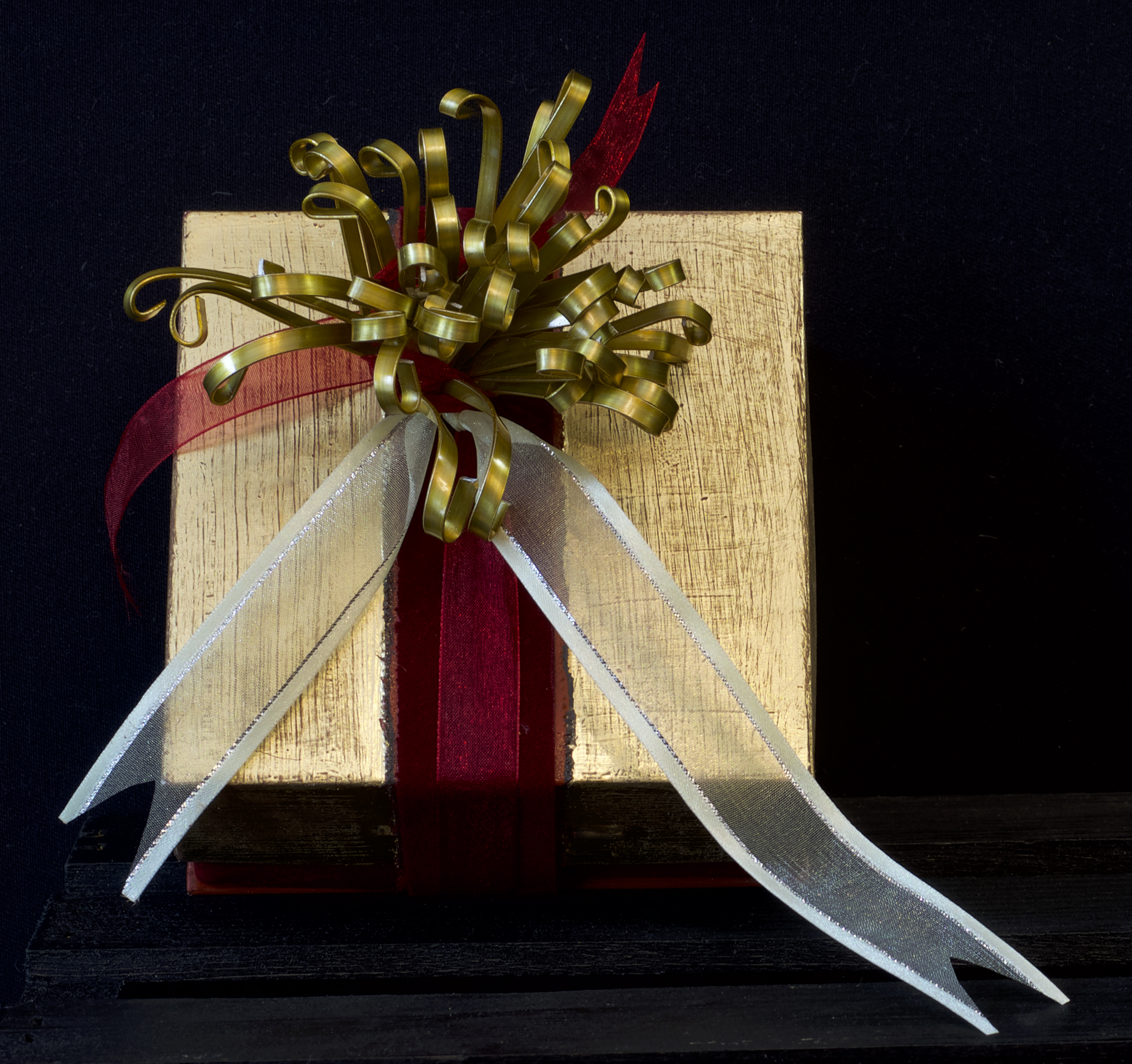 In the Eighties, I remember meeting a fellow (older than me) who considered himself very lucky to have known a few of the odd satellites who orbited Andy Warhol. Having recently passed away, Warhol was being commented on all over the place, the last Roman Candle burst of his genuinely weird career. Anyway, this man wondered what heights Warhol’s work would climb to in the hyper art world of the Eighties. I did what amounted to a verbal shrug. The man grew meditative, then disappeared into a closet only to return with an original Andy Warhol “Brillo” soap box sculpture from 1964.

This is a roundabout way of getting into Cynthia’s Karalla’s newest creations. If Warhol’s boxes stacked up in an art gallery in 1964 were subversive, etc., then certainly Cynthia Karalla’s “Gift {Boxes} For The Rich” in 2018 are just as subversive and perhaps more so. At the time, Warhol said of his Brillo boxes that he “wanted something ordinary”. This infuriated the critics of Pop Art who quickly lost their battle with him as his fame increased exponentially along with the price tags attached to his Brillo boxes.

Cynthia Karalla’s GIFTS FOR THE RICH are almost like objects dropped from some night world, alternative universe. The Bergdorf Goodman magazine ad look of them draws the viewer in with their magnetic allure. But once the boxes are “unwrapped”, we find a very strange gift indeed. Chemical waste and opioids? True to our time by way of the Twilight Zone. Whereas Warhol’s boxes were, well, Brillo boxes, Cynthia Karalla’s gift boxes for the rich are a double gift. You untie the bow to find the real stuff of our time, waste, drugs and a whirlpool of sloshing money. I’ll make a celestial bet Warhol would loved these “gift boxes”. 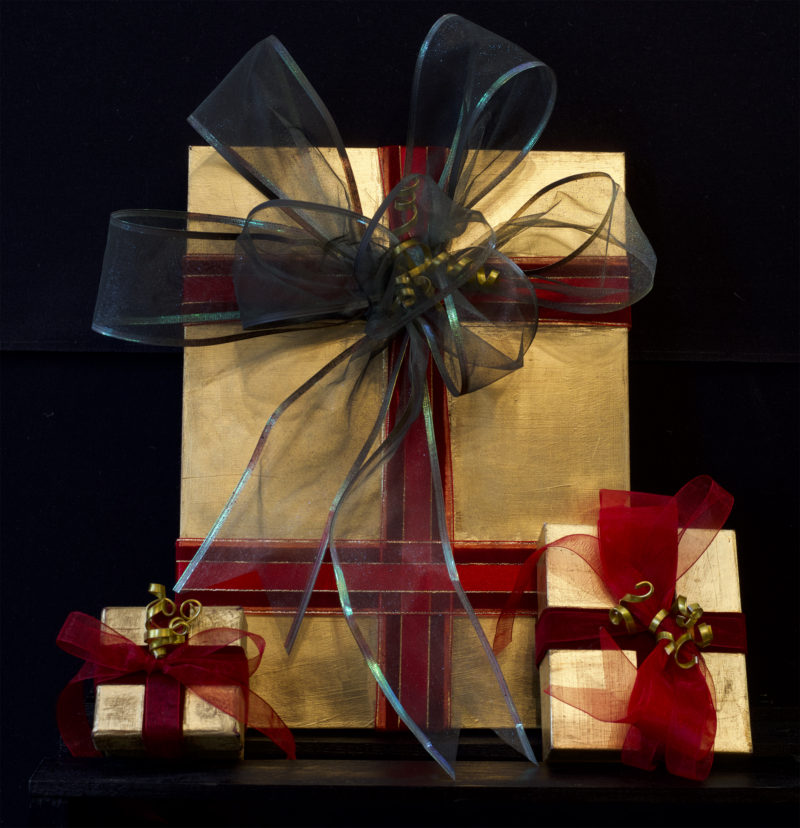 Hand-gilded and filled with by-products of the darkroom, soiled kitty litter, and various surplus toxins, because we believe in giving back.

BRYAN LURIE – “Summoning the ghost of Oscar Wilde, Karalla calls out those “who know the price of everything and the value of nothing”.

JUDITH EDGE – Exquisite packages, finely fashioned boxes of virtuosity. Fittingly filled – for those who have everything – with a weighty kitty-litter granola of chemical waste and various surplus toxins, the more the better. Karalla takes another wry and mesmerizing swipe at a sector of society that prizes and/or profits from all that is redundant, fake and toxic – and loves a gilded wrapping.