savage, to omit the dupe—(re)emerges to femme

a skin of guts an oblique attraction. Earl Shoepeg

burned as impurity, agent of rapture in alchemy’s

is the iron-scrappy of a wicked near future: ture, re,

rrrgrrl—pure skin of a song of girl hears only me.

Eddy is far afield. The serious of piss and norms.

Beauty of bone. No wonder/wander. He passes

gaunt, love a miner from to mine her/him after

and fruits. Eddy jones for a revenge move, not mix-mixed

or served chilled. Eddy’s poems are grafts of intent: instant

(from the Old Polishgorzeć as to burn), merchant cleanse

to storm the grain, dilutes water—glossed as to “rectify

How many meals in Poland are served? How are lights?

Eddy’s an horilka, lust awakened from rye breaking she

as steady he gropes a rural stint with orange pulverizer.

The Amanda of gerundive, non-finite as portandus,

is carried to futurity with the help of Lord Ray. Boxes

are the stables of transport, or simply, worthy to love

the golden mean of moderation. In light conversation,

the canon of closure cuts a thin Mandy with a Mickey

Finn. Before fat and happy, I hated the grope. Chloral

Hydrate was a designer jean. They doctorated curves

in the renaissance of mental health. Eddy knew Manda

as a keeper of the priory, before nothing felt measure.

because the emerald is drank to expose a mere behind

a goat-girl escaping the flock. Among an only left to.

Daniel Y. Harris is the author of The Underworld of Lesser Degrees (NYQ Books, 2015) Esophagus Writ (with Rupert M. Loydell, The Knives Forks and Spoons Press, 2014), Hyperlinks of

Anxiety (Cervena Barva Press, 2013), The New Arcana (with John Amen, NYQ Books, 2012), Paul Celan and the Messiah’s Broken Levered Tongue (with Adam Shechter, Cervena Barva Press, 2010; picked by The Jewish Forward as one of the 5 most important Jewish poetry books of 2010) and Unio Mystica (Cross-Cultural Communications, 2009). Some of his poetry, experimental writing, art, and essays have been published in BlazeVOX, Denver Quarterly, European Judaism, Exquisite Corpse, The New York Quarterly, In Posse Review, The Pedestal Magazine, Poetry Magazine.com and Poetry Salzburg Review. He is the President of the Board of Directors of The New York Quarterly Foundation. His website is www.danielyharris.com. 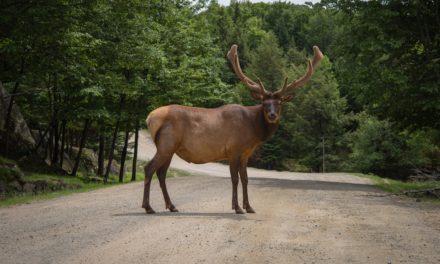