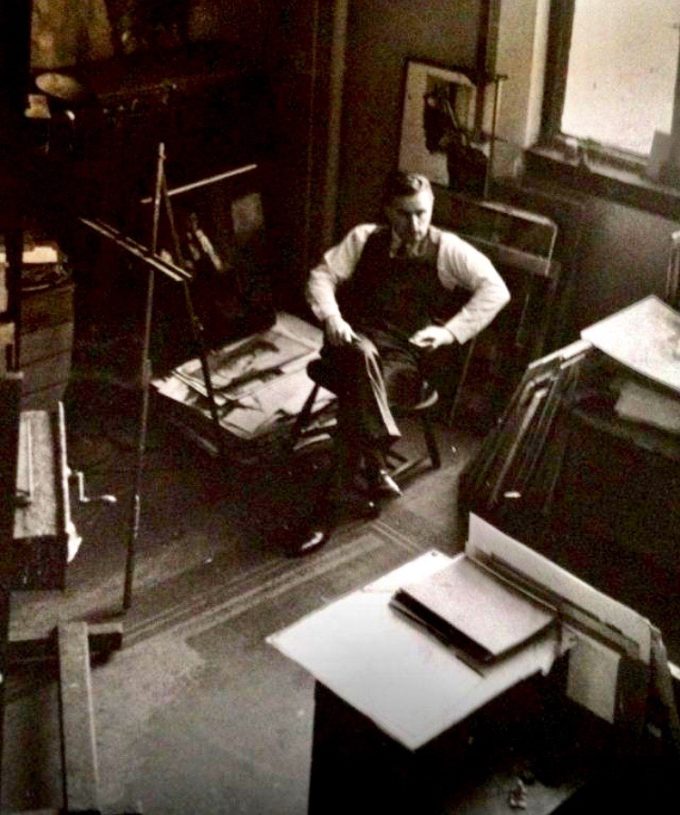 Nick de Angelis, an American master painter and sculptor (b. 1921, d. 2004), used his talent to tell thousands of different stories of his many visions, often alcohol induced.  His early career was as a child drawing on his attic bedroom walls. His mother never painted over them but the drawings were lost when the house succumbed to fire some years ago. 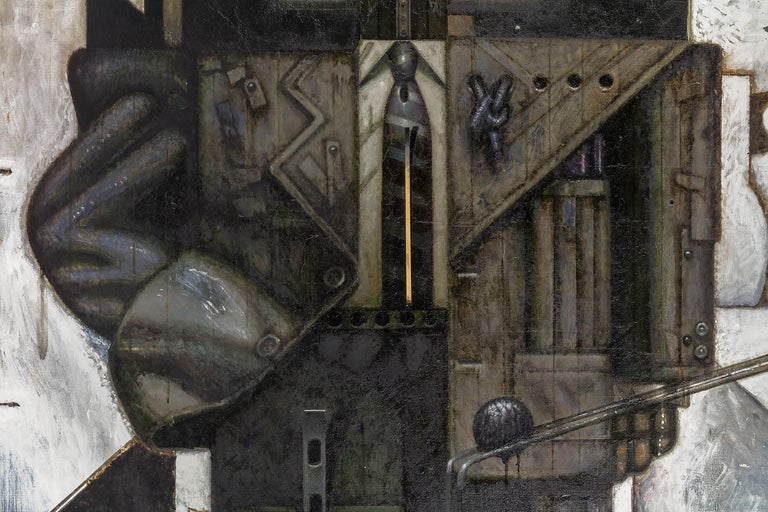 De Angelis painted exquisite and delicate watercolors of street and café scenes; paintings of Paris and the Seine; and New York coffee houses. He lived in New York, and worked for a number of ad agencies doing commercial artwork during the day, and painting at night. His work evolved over a period of more than 80 years from  realistic to highly abstract pieces some believe rival Picasso and Bacon, the latter of whom was one of his strongest artistic influences. 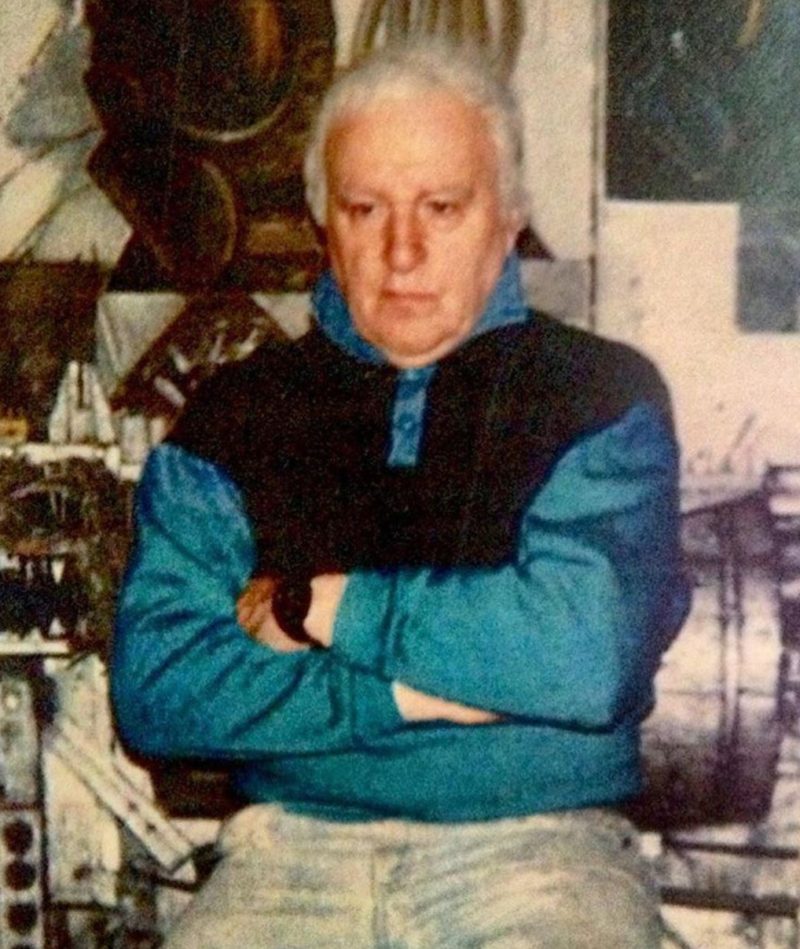 Nick de Angelis in his studio

De Angelis worked in whatever media and materials were at hand: brushes, sticks, sponges, wires, even feathers. His small apartment on 57th Street, which limited the size of the work he was able to do, was a short walk to the Art Students League. He moved easily from using delicate pastels, to bright and clashing primary colors, to somber blacks and grays. His portraiture — including his self portraits — reflect much of the pain he experienced in World War II, and in his personal life. Brighter periods followed when he met his third wife, Josiane, whose gentler nature freed him to follow his instincts for form, space and line. His canvases and  sculptures distill both the dark and bright sides of his life.

Born in New Jersey as Nicholas Joseph Angelo ( his father was estranged from his brothers ), Nick changed his name to de Angelis, the original family name.  He served in the US Army in Europe, Africa and Italy, and received the Purple Heart. He was a life member of The Art Students League of New York and a life member and juror  of The American Water Color Society.

He illustrated ‘Power Sits at Another Table’ by Earl Shorris, published by Simon and Schuster.  His work has been exhibited internationally, most particularly in Germany, and he was represented in New York by Allan Stone Gallery. Nick stopped showing his work publicly after a contentious dispute with Stone, whose private collection held nine of Nick’s pieces.

After working as a freelance sketch-man in the 1960s for the leading advertising agencies in New York, de Angelis dedicated himself solely to his passion for painting and sculpting until his death in 2004.  His widow Josiane and the author photographed and documented more than 5,000 pieces he created.

Edie Angelo has a BFA and Teachers Certificate in Fine Art. She started on a Masters program but quit when one of her instructors said she was already a professional. She has taught private lessons and adult school classes. “Nick has to be re-introduced to the art world because he stopped showing for 40 years or more. He was a temperamental alcoholic. His comrades are all dead, including Allan Stone, whose Allan Stone Gallery in New York City  represented him.”