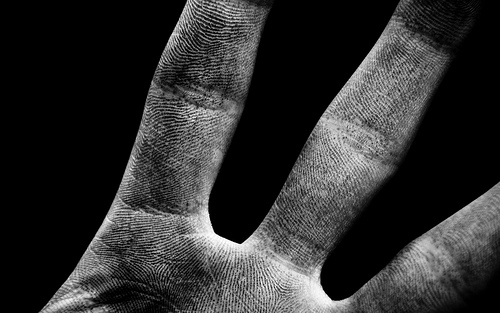 “There is no such thing as absolute dirt: it exists in the eye of the beholder.”
Mary Douglas

“Dirt is the Devil’s diversion!” Miss McBride told us with a voice shrill as chalk on the blackboard and a terrifying fury that made Robert Long let loose in his pants on the first day of second grade. “I mean to make you clean from where you sneeze to where you sit, so help me God, it’s my personal crusade!” she said, forcing Robert to sit in it till lunch. The rest of us squirmed, holding tight to every orifice.

Morning began with the Handkerchief Parade. Plucking the neatly folded squares of white cloth from our pockets—no checkerboard pattern would do, they had to be spotless white—we waved them as we marched around the classroom to the quickening croon of “America the Beautiful” on a 78 rpm record. “Heaven help him who comes to school without!” she warned.

The girls got off with a scolding.—“I’m disappointed, a clean girl like you! Better remember the next time, Eileen!”

But she had it in for the boys.

No excuse would do. The little delinquent would be made to sit stooped over in shame with a bright red devil’s head pinned to his back, suffering Miss McBride’s scorn and the swipes of handkerchiefs snapped at his bowed head in passing.

My best friend Harlan Lansky was always in trouble.

His nose ran non-stop like a live volcano, the old snot hardening into a crust, over which the fresh coat surged, layer upon layer, in never-ending eruptions, the overflow gathering in the indentation of his upper lip, where he’d let it solidify on the surface like the yellow of an egg before sopping the whole mess up with his shirtsleeve.

Harlan, my mother shook her head, was the product of a broken home, but I never saw the cracks. He had twice as many toys as any kid I knew scattered all over his room. His mother was not the housekeeping kind. With long red fingernails and bleached blond hair, she kept a cigarette with a good quarter inch of ash forever dangling from her lips, lighting up another before rubbing out the first in the pea pocket of the soiled aluminum tray of a Swanson TV dinner, and didn’t give a hoot about hankies.

“Shame on you, Harlan!” Miss McBride scolded him day after day.

And day after day Harlan tried and failed to dam the flood in the curl of his upper lip.

“Wipe that snotty grin off your face!” she commanded. Which he did, smiling still, making liberal use of his shirtsleeve. “Now sit there in your slime and filth,” she said, “while the rest of us celebrate cleanliness.”

And we, the clean ones, marched, waving our white flags of purity. Miss McBride swung the rubber-tipped pointer like a regimental baton. The girls jeered, “Dirty!” every time they passed Harlan. And the boys, especially the past offenders, tied knots in the corners of their handkerchiefs to make them sting extra hard when flicked.

One morning the ordinarily stern-faced Miss McBride greeted us with a broad smile that must have put a terrible strain on her cheek muscles and on the hairpins holding her red hair in a tight knot. The corners of her thin lips twitched.

“Before we get started today, children,” she said, “I have an announcement to make. I’m going to be married Sunday. Sidney works for the Sanitation Department,” she added with pride. “To celebrate this happy occasion I’ve brought in milk and cookies…for the clean ones.”

Holding up a brown paper bag, she pulled out my favorite, a Davy Crockett-shaped gingerbread man inspired by the weekly television serial on Walt Disney Presents, with a cinnamon-dusted coonskin cap and the brown sugar-coated barrel of Old Betsy, his rifle, raised—the sight made me drool. “But first things first, it’s time for the Handkerchief Parade.”

“Here, Harlan,” I whispered, slipping him my hanky, “I’ve got a spare.” We were both big on Davy Crockett.

So what if my spare was a fake! With the white yarmulke I kept stuffed in my back pocket for Hebrew School every afternoon except Friday, fluffed up between thumb and forefinger, I figured God wouldn’t mind if I helped out a friend.

Everybody blinked and Miss McBride crossed herself when Harlan waved a white flag. “I never thought I’d live to see the day!” she said, “Hankies high!” beaming victorious like Betsy Ross, the flag lady in our reader.

The record was already playing and we were marching for the cause of sweetness and had almost made it to the stirring finale: “…and crown thy good with brotherhood from sea to shining sea,” and could almost taste Davy’s rifle barrel dipped in milk, when Robert Long, who’d never lived down his shame, and held it against us all, figured out the ruse.

The smile still frozen on her face, Miss McBride stopped the music, and reaching out with the tip of the pointer, plucked the imposter nose rag from my shaking fist, revealing its true identity as a head covering for the House of the Lord.

Trembling all over, I lost bladder control. A hot stream ran down my legs, but nobody noticed.

All eyes were on Miss McBride whose smile split down the middle, so that it looked like she had two faces glued together. While the right side kept a tight grip on bliss, the right eye held up by a twitching wall of muscle, the left eye sank into its socket, drowning in a pool of tears, the sadness spilling down the cheek that collapsed beneath it in an avalanche of skin.

It took her a while to fathom from the looks on our faces that something was wrong. Tearing open her handbag, she pulled out a mirror and silently confirmed her divided state.

Her face was at war with itself. There were two Miss McBrides and the weaker one was rapidly losing ground. Rallying all the facial muscles, like Davy Crockett and the heroes of the Alamo, the desperate smile sapped the last reserves of her waning resistance, and the hairpins were dislodged by her tumbling red hair, which mercifully covered the fault line. The smile extinguished, the forces of sadness having won the day, tears ran down to the tip of her prim nose and the rim of her quivering upper lip.

“S…Sidney w…won’t have me like thisss!” she stuttered and slurred the words with the working half of her mouth.

A substitute teacher with a sniffle greeted us the next day.

It was a whole new era.

Miss Dworkin didn’t wear a bra—you could practically see it all when she leaned over — Harlan’s mother remarried and they moved to Mammaroneck, and Kleenex promoted the paper tissue.

Many years later, leafing through The Davy Crockett Almanac at the library, I learned that Davy wore a necklace of the eyes of the Indians he’d killed, and lost my taste for gingerbread.

©2014 Photograph of the author by Ricky Owens

Peter Wortsman’s publications include a book of short fiction, A Modern Way To Die (1991); a travel memoir, Ghost Dance in Berlin, A Rhapsody in Gray (2013); two stage plays, The Tattooed Man Tells All (2000) and Burning Words (2006); and a novel, Cold Earth Wanderers (2014), a finalist for Foreword Reviews’ Indie Fab Best Book of the Year Awards. He is also a travel writer with work in five consecutive editions of The Best Travel Writing, 2008-2012, and a critically acclaimed translator from German into English, including Posthumous Papers of a Living Author, by Robert Musil, now in its third edition; Telegrams of the Soul: Selected Prose of Peter Altenberg; Selected Prose of Heinrich von Kleist; Selected Tales of the Brothers Grimm; and Tales of the German Imagination, From the Brothers Grimm to Ingeborg Bachmann, an anthology which he also edited and annotated for Penguin Classics. Recipient of the Beard’s Fund Short Story Award (1985), the Gold Grand Prize for Best Travel Story of the Year (2012) and an Independent Publishers Book Award (2014), he was a former fellow of the Fulbright (1973) and Thomas J. Watson Foundations (1974), and the Holtzbrinck Fellow at the American Academy in Berlin (2010). 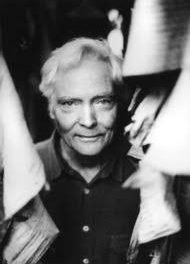