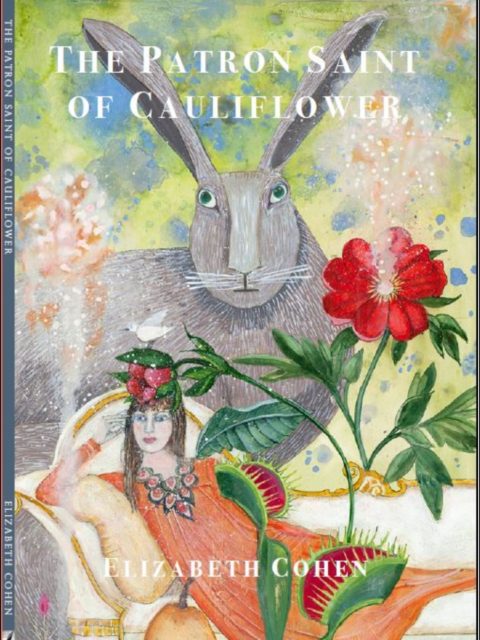 “I’m preparing for the end of the world / again,” writes Elizabeth Cohen, “which is to say I am making / goulash.” This is how Cohen introduces The Patron Saint of Cauliflower, a collection of thirty-two poems rife with thoughts so sharp, they spring less from poems than from American artifacts — by preparing for the end of the world. She doesn’t waste time bracing us. Her subject matter doesn’t need much introduction, because her ideas, while all her own, spring from politics and ideas her readers are already aware of; Cohen’s world is our world. The tension Cohen introduces between America and the world, between one person and the absence of control, persists throughout the collection like a dull ache, a flirtation with doom that, for many people, challenges but isn’t quite there. Some of Cohen’s assertions read like ice cubes against this ache (“The world is unraveling, but cabbage is steady”) others, like thumbs pressed into a bruise. In The Patron Saint of Cauliflower, the world’s problems, left untreated, evoke disquiet that seeps from one threat to another. We don’t know what to do, so we eat. We don’t know what to eat, so we cook. Which is to say I am making goulash.

This work isn’t wasteful. Like the language within the poems themselves, Cohen’s subject matter makes heavy lifting seem delicate. Through content that ranges from climate change to pinky fingers, Aleppo to the relationship between an avocado and its pit, we get a sense of a world that feels intimate but looks very large. In most of these pieces, readers ride alongside Cohen as she works in her kitchen or reflects on her life, but these private moments feel as if they’re on the precipice of life’s everything else, standing back and surveying an overwhelming horizon. References to retail spaces—Price Chopper, Anthropologie, Cinnabon—counter this tension as they’re peppered in, reminding us of more mundane goings-on. Much of the collection also touches on the rewards and struggles of the parent-child relationship, grazing intersections of maternity. Cohen dedicates the work to her mother, and uses many of these poems to explore her relationship with her daughter. To read it is to feel both maternal and mothered. At peace, for a while.

The Patron Saint of Cauliflower gives ordinary objects new light (rosy spotlights, even). In “Margarine (Packaged So Beautifully),” the author’s margarine is re-interpreted into “Marge, who will grow up, go to library school, / get married in a creamy gown with a froth of lace.” Similar animations occur in “The Artichoke,” in which the vegetable “has a stand-up act on Thursday nights”—laughing at us for having to work so hard to consume it—and “The Paper Cut,” which has won, via slicing a thumb, “the class award for cruelty.”

There’s a playfulness to Cohen’s approach, and one which is altogether heady, decisive and self-assured. She doesn’t need us to play along. Instead, we’re presented with a world as take it or leave it as the one we already occupy—the difference being that Cohen’s world is enriched by inanimate objects, which boom with gestures of unlikely affection. Hers is a world where the robustness of cabbage looks after us, where clementines are not simply clementines but “naturally precut and packaged for your mouth.” Through these liberating, often comical, portrayals, the collection offers an alternative to the most routine aspects of our daily lives; our groceries, goulashes and chores. Oftentimes, the animation of household objects is served tongue in cheek, as if Cohen is slyly commenting on the not-so-obvious obvious: these carrots are serving us in ways our world leaders cannot. These moves are amplified by the surprising, often stunning, elegance of Cohen’s language, which cannot be overstated. Co-workers gather “to finger bathe in dextrose,” she writes, relishing Cinnabons. Artichokes incite our “sweat equity.” A spell isn’t a spell but a spell 2.0.

I opened this book in my basement, having just worked out on my treadmill: humming Beyoncé and thinking of nothing, about to be stopped in my tracks. The Patron Saint of Cauliflower slowed me down in the way we probably all hope, however unconsciously, to be slowed down. Unlike much of the poetry I’ve read recently, this work lifted miniature burden after miniature burden. Instead of finishing my stretches, or showering, or reading another CNN notification about North Korea, I burned through Cohen’s book, went upstairs and sautéed Chinese cabbage. Rinsing its leaves, I felt oddly maternal. The patron saint of bok choy.

Selections from “The Patron Saint of Cauliflower” published with permission.

The Patron Saint of Cauliflower

in her pistachio cloak, with its
frilled white collar
she has staff and star
tight fractal curls
gypsy princess of Northern Italy, circa 1810
she is still the beauty queen
at the county fair

friend to rice, friend to spaetzle
friend to the steam-softened rabe
to the dishes, to your belly
to the day
with her wondrous, loud, geometric bouquet

She would do well
be-ribboned, tossed at a wedding

and all this from the tiniest brassica seeds,
small as the clipped fingernails
of your kitten
(save the root ball
for her next season of miracles)

Romanesco.
You could cast a circle and place
her countenance in its center

Spell for the Very Best Pesto

Harvest basil
by the light of a supermoon
Shake a piñon tree
onto a blanket
Collect the fruit of Castlevetrano, release it from
its snappy skin
Sieve in brine
Mush in garlic
Grate parmesan liberally
(watch your thumbs)
All the while repeating
the famous pesto prayer
to the pesto ancestors
so that they will send their pasty blessings down
to your new, fancy blender (pepper generously)
Serve to your family over seamed rigatoni
in a forest at dusk
add in sliced tomatoes and tough chunks
of mozzarella
In this way you will have fed them the stewed motions
of your own hands
a confit of your elbows’ work
the salty-leafed crush
of your love

Spell for the Layer Cake

Page through the stained, sticky pages
of the hallowed book,
imagine the way sweet and mellow
can be conjured from nothing.

Then, crack eggs, measure flour,
sift with the old metal canister, its revolving
arm that scrapes and grumbles,
spewing fairy dust into the bowl.

But there is something else:
the speaking of the incantation.
Slowly, and under your breath
the soft recitation

to the air, to the book,
to the cake you are birthing,
to the mouths you will feed,
to the history of all the cakes

that have ever been baked into the world.

It beat up your heart
then slept in the freezer
For a year. Silver dimple
substitute kiss
It took off its clothes
in the moonlight lake
Left a KitKat in your
backpack, told you a few good lies
People forget, the history of chocolate
has several chapters of blood
It came across the ocean
in a dank ship
Sang to a queen
who was waiting for gold

Emily Carney’s work has been published in Poetry Magazine, Rookie Mag, Hobart, and Leste, among others. She teaches at Western Connecticut State University. 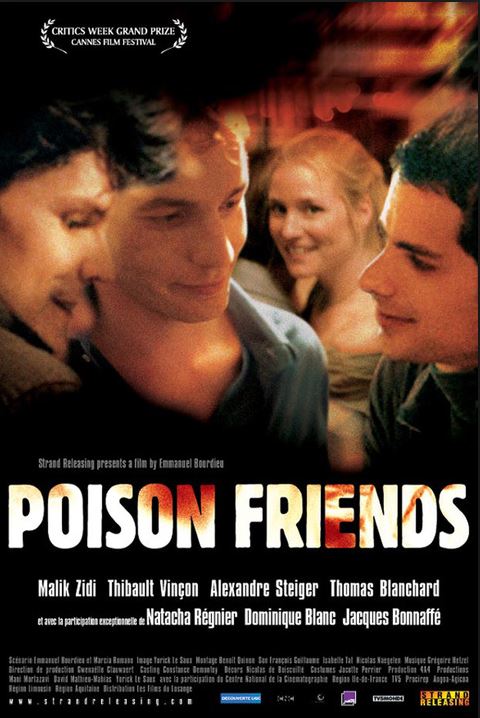