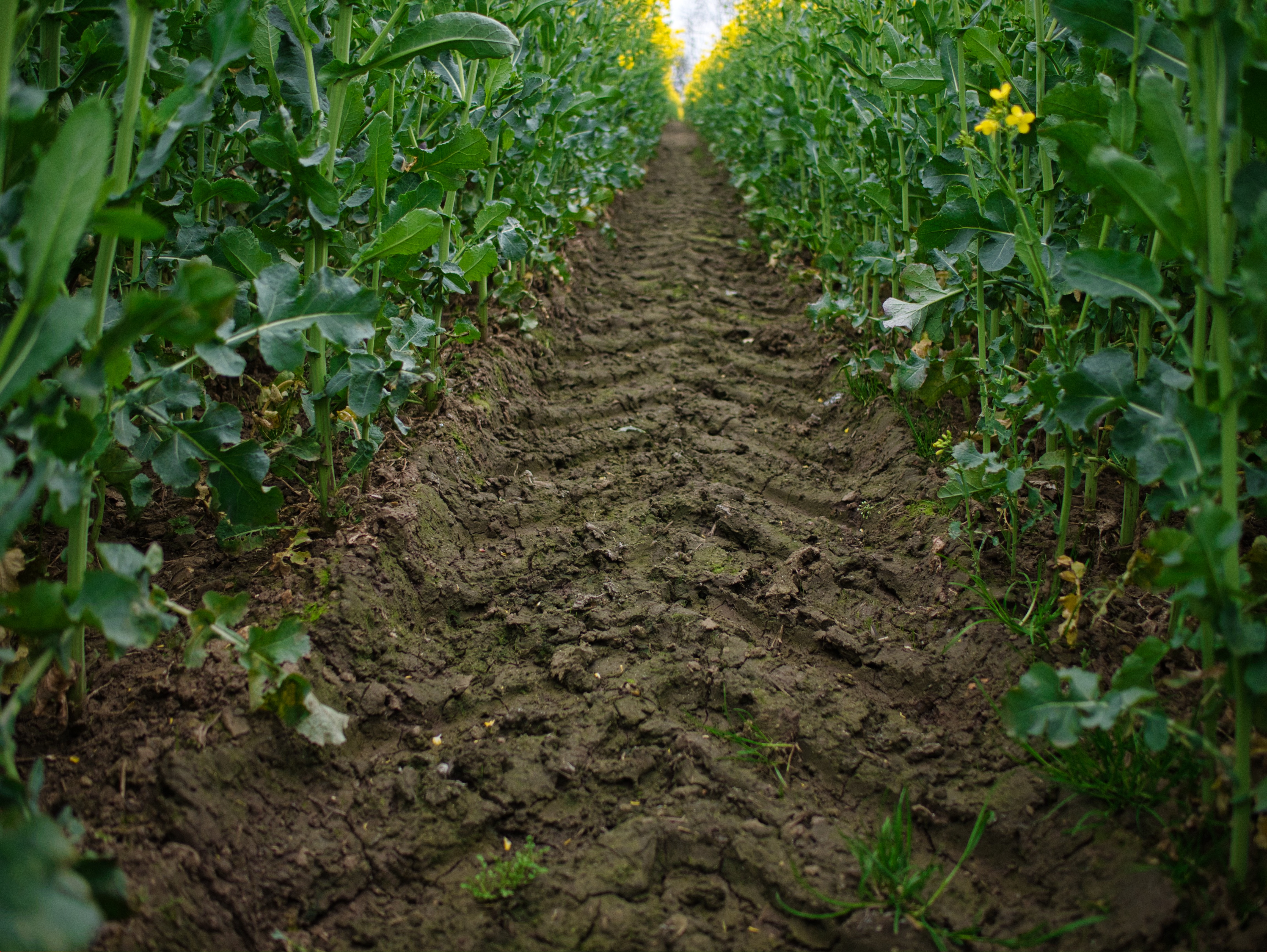 Photo by Barry McGee on Unsplash

Sunglasses hid his eyes, and he pointed a stubby finger at the shaded crops draped in raggedy, sun-bleached nets. “What’s growing under there?” His voice was thin and flat.

“Tobacco,” I replied. Duh. My easy strides fell out of rhythm. He’s not from around here.

My gaze slid from his face to hers. The willowy girl in the van’s passenger seat met my stare, and her teary eyes addressed me. Her expression was pained, mouth taut; she never spoke. Eleven? Twelve years old? Her hair was long and straw-colored, stringy. She looked like a younger version of me.

I looked away from the girl and her unsettling distress, away from the intrusive man. I kept jogging, past the rows of shrouded plants, eerie signposts of autumn’s silent approach, now veiled in late afternoon shadows. I tried to ignore the van creeping alongside me; yet, here we were—the man, the girl, and myself—all gliding down a hidden back road, threading through acres of tobacco, suddenly, the three of us intertwined. What are they doing here? I rarely passed a car out here, surrounded by the fraying nets, while running alone after work.

The van inched past me. It was a short body model with angry rust patches flaring behind the wheel wells, and it bore a faded Virginia license plate. Do they belong here in my sleepy Connecticut town? Does she belong to him? The man and the girl motored off, swallowed up by the blur of the descending twilight. I turned around and dashed for my apartment. How many times have my parents warned me not to jog alone in remote places?

At age twenty-six, I was still making bad choices for myself, which is why I needed to be home before dark, safe within four walls and near a phone. My ex-boyfriend might show up unannounced—again—and I was scared of him. He was slowly unraveling, unable to work, and attending a psychiatric day treatment program, yet I was unwilling to snip that last thread that connected us, frightened of what he might do. We had broken up, but he wanted a second chance. I didn’t know how to go about untangling our lives; I wasn’t strong enough to say what I truly felt.

Once safely locked in my brightly lit apartment, shades snapped tight, I contemplated calling the police to report the out-of-state van. I rehearsed what I would say. A guy made harmless conversation. A ‘tween looked upset. When I looked past my jangle of overactive nerves and stated just the facts, my encounter didn’t seem so alarming. I didn’t get the plate number nor could I come up with a detailed description of the man’s face. Paralyzed by my own self-doubt, a recurring problem of mine, I never called the police to report my gut feeling that the girl was in danger. In danger of what? Sensible parenting? Or something worse, something unspeakable?

Last week I had spoken with the state police about my ex-boyfriend. And also with his psychiatrist, who confirmed that my ex was cleverly curbing my legal recourse by never directly threatening to harm me, only perhaps himself, vaguely referring to a hunting rifle that he claimed to carry in his car. After making those two phone calls, I didn’t know who else to ask for help. I said nothing more, ashamed that I wasn’t stronger, feeling complicit in my own emotional hostage situation. Now I had that same feeling of helplessness concerning the girl’s welfare; somehow she and I remained entwined. Did I have a moral obligation to speak up for her? I couldn’t even speak up for myself.

As the weather cooled so did my ex-boyfriend’s obsession with me. He returned to his job and began dating a coworker. His choices and actions—not my own—freed me from our entanglement. I felt lucky to escape with only emotional scars. I wished that I had made better choices, stronger ones, to help myself. And to help the girl, the younger version of me.

I can still recall her pained expression, yet the memory of the man’s face is planted just out of reach, draped in shadows. What ever happened to the girl? Did she heed sage advice from the grownups in her life? Did she have a chance? The truth lies somewhere out there amid the tobacco fields, forever shrouded, the girl’s fate wrapped in soiled nets that unravel and decompose.

Lisa Marie Werhan lives and writes in western Massachusetts. She is a 2016 grad from Bay Path University’s Creative Nonfiction MFA program. Her

writing has appeared in print in Meat For Tea: The Valley Review and online at The Manifest-Station and Santa Fe Writers Project. She has a piece forthcoming in Rock & Sling‘s publication Vox II: American Identities.