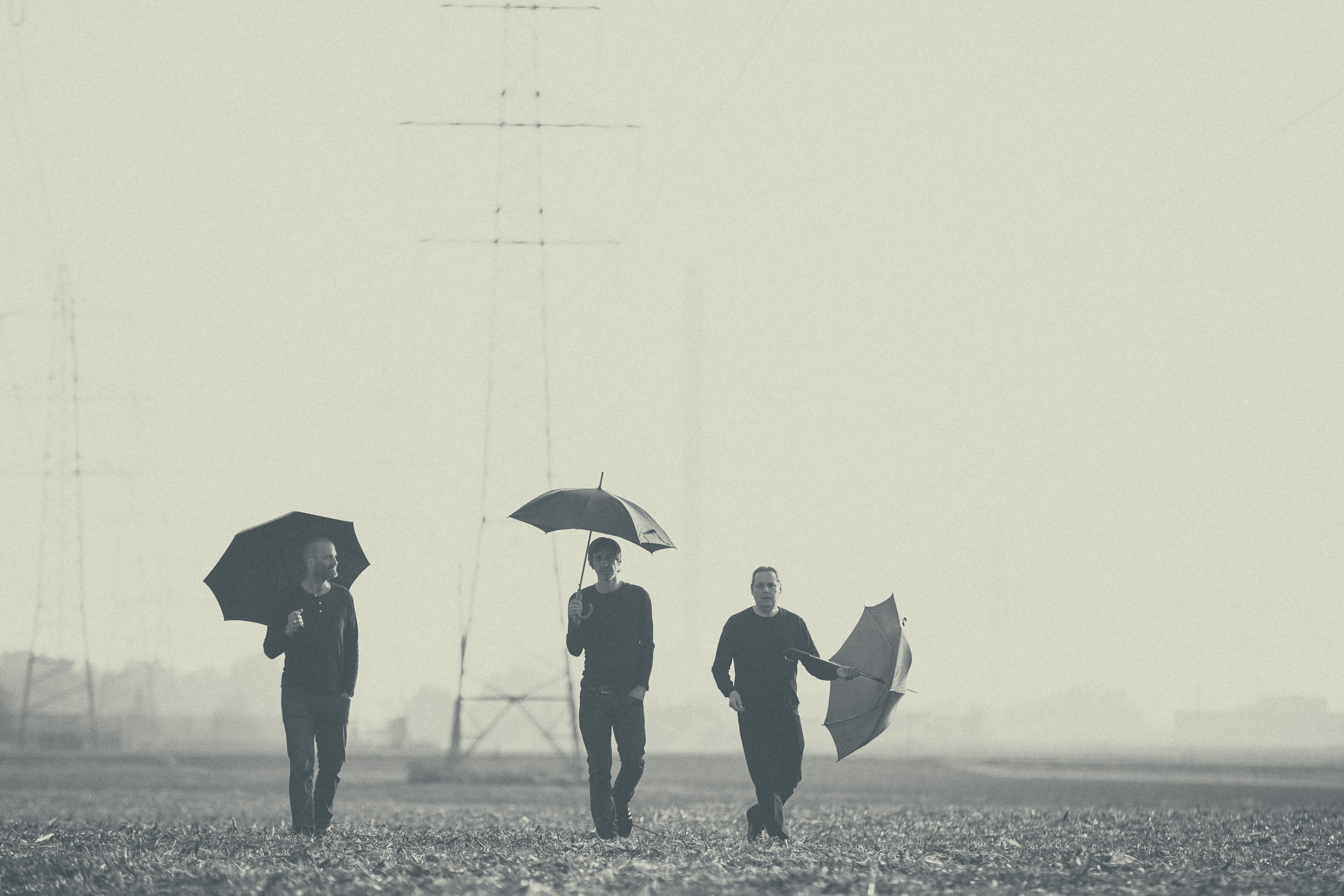 The BASE on the beach.

Where Is My Weather

If you look for Graz on a map you’ll find it sits in Austria roughly equidistant from the cities of Bratislava, Budapest, Ljubljana, Vienna and Zagreb. It must be an amazing melting pot of influences, cradled as it is in the combined auras of Eastern, Western, and Southern European culture. In the midst of this setting, a band called The Base formed in 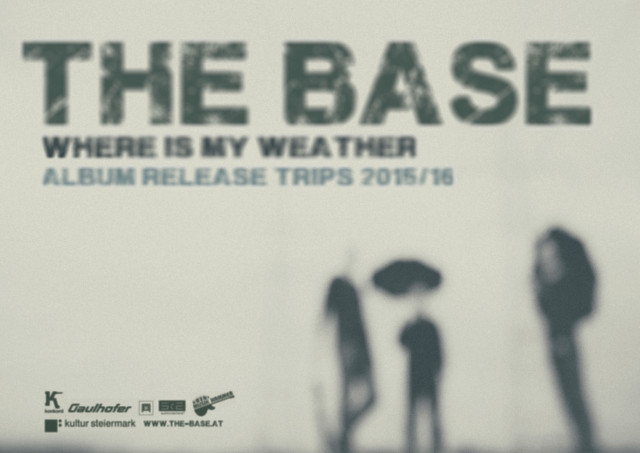 The Base Album Poster

1989 and has been quietly building a solid repertoire ever since, which now has culminated in a notable indie rock release, Where is My Weather. The Base are extremely successful in Austria, represented in airplay, film music, theater productions and various accolades and honors, including a top-five nomination for the Amadeus awards.

The Base are Norbert Wally (vocals, guitars), Albrecht Klinger (bass, guitars), and Karlheinz Miklin Jr (drums, percussions). Words and music are a collaboration of the three band members, demonstrating a songwriting chemistry on a level with Over the Rhine. Something is working, and however they came up with these songs, there’s an amazing cohesion. The thought going through my mind listening to the album was, how can the Base not be known in America? Hearing so many great songs at once, it feels like being part of a secret club. 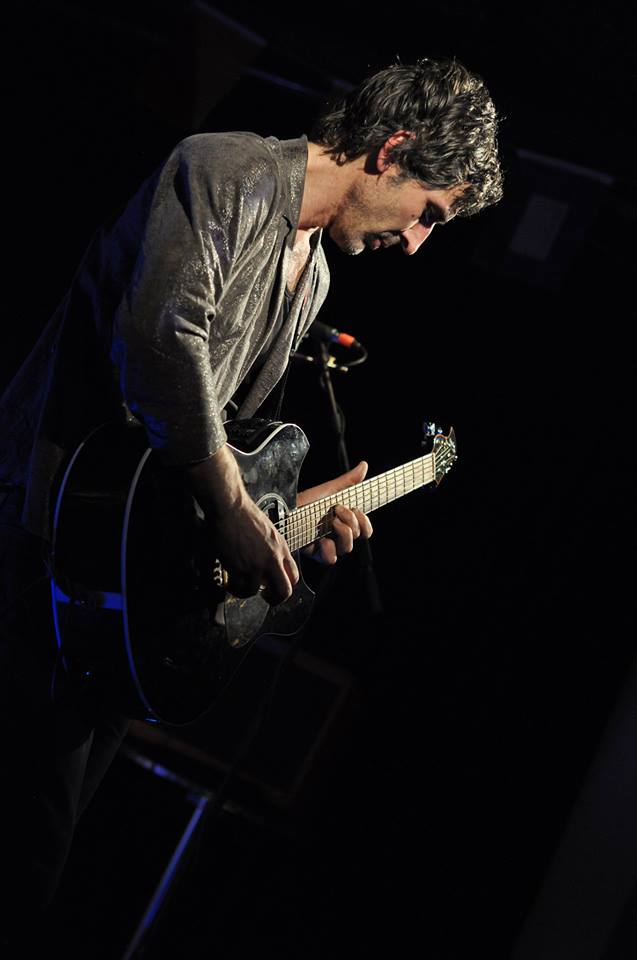 Where is My Weather opens with three down and dirty rockers: Lone Fat Chicken, Avril (in French & English), and the incredible piece Wake the Weirdo, which for me captures the quintessential Violent Femmes feeling, a threatening undertone of fury about to break. Easy When the Sun Goes Down, stands out as a thoughtful and gentle duet with Miriam Bichler (of another Graz band, The Tiptoes). It’s one of the songs that has been worked into a performance piece called No, Nothing, written by Robert Steijn, which I had the good fortune to see in Vienna some weeks ago. I’m No Bear and Our Boats are on the Way are both magical, with a Balkan vision of Muscle Shoal Horns, as they accompanied some of my favorites in the days of Duane Allman. Exciting music! The album’s finale, This Song’s For Pitten, has anthem character. In some sense, it reminded me of George Harrison’s Isn’t It a Pity, with room for jams that could go on all night, and must be incredible to experience live.

Where is My Weather is a wonderful album, the cognac of rock and roll, gritty, dirty, poetic, thoughtful, wonderfully arranged, and rich cultural influences befitting its geographical birthplace. It could be a distant cousin to Steve Wynn’s Crossing Dragon Bridge, recorded in Slovenia. Trying to place Norbert Wally’s vocals has been driving me crazy. He’s maybe Lou Reed singing Leonard Cohen while imagining David Bowie. His clear and deliberate delivery makes it possible to understand the texts, which is a plus by such strong songwriting. The poetry of the lyrics attach to the enigmatic spirit of rock, a sense of the mystical, given by the many metaphorical references, and reaching a transcendental level akin to the Doors. This album is apparently just the tip of the iceberg. If you explore The Base in Soundcloud and Youtube, you’ll discover numerous gems. My favorite so far, Born in the Devil’s Motel, which is in a spiritual class with songs like Voodoo Chile, Hotel California, Born Under A Bad Sign, and House of the Rising Sun.

From Heads or Hearts (on Where is My Weather):

Want to let out the birds or wanna cave yourself in? 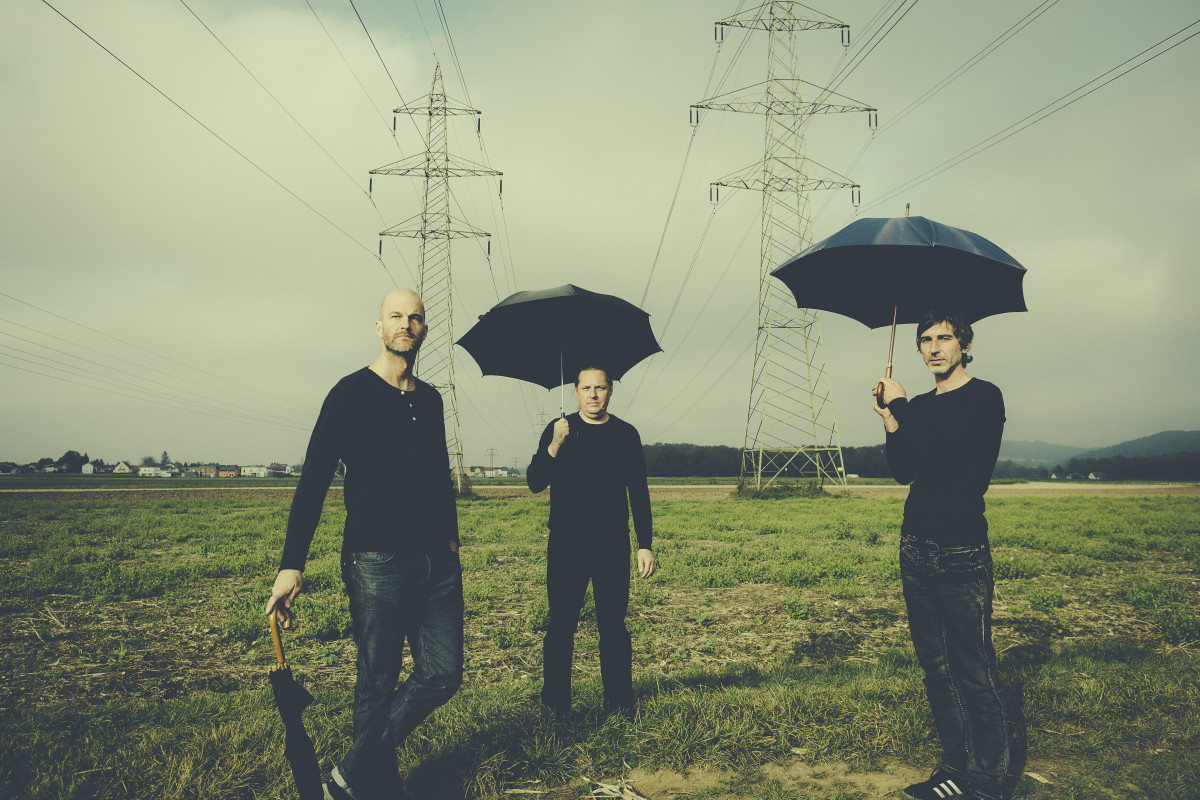 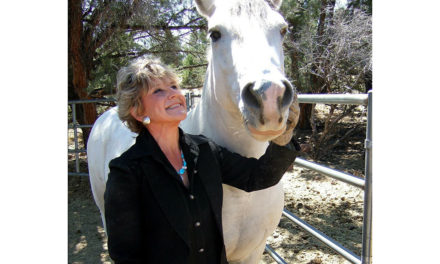