and other random and eccentric somewhat truisms

There are way too many holidays that obligate us to spend time with our families./ I went through the 5 Stages of Death. I saw the musical CATS in five different theaters./ I have an idea for a horror movie in which the family’s 8-foot tall, fire-breathing evil statue of Satan COMES ALIVE!!/ When I drive, I keep my shotgun in the front passenger seat next to me./ Do you think Superman has a weakness for kryptonite pussy?/ I’m into Amateur-stitution because I don’t like to pay.

I save a ton of money on toilet paper by just going to the bathroom at other people’s houses./ Valentine’s Day is just a big ploy by the greeting card companies to get us to think we love our spouse./ I put a voodoo doll of myself over a fire because I’m feeling a little chilly./ I’ve found the secret to happiness is a job you love, healthy eating, getting a good night’s sleep, and abandoning your family./ March 4. That’s when I officially stop wishing people a “happy new year!”/ I tried to kill myself by driving into a concrete wall. Luckily, though, I was wearing my seatbelt./ It’s hard for me to have normal conversations with people because I’m terrible at remembering my lines.

Despite my muscular physique, I failed as a bodybuilder because I was terrible at oiling myself up./ When serial killers read all those inspirational posts that people put up on Facebook, do you think that inspires them to kill more people?/ Honking your car horn at someone is a form of bullying./ I get my girlfriend flowers and chocolates the day AFTER Valentine’s Day, because that’s when everything is half-off./ I support multi-vulturism because I want to live in a world where vultures, buzzards, and condors are all treated equally./ “I swear to God if Kim Jong-un is elected President, I’m moving to Canada.” – disgruntled North Korean voter.

Luckily, semi-colon cancer isn’t as bad./ Honestly, I don’t think Game of Thrones needs all the full frontal nudity. I feel the show would be just as effective by only showing butts./ I love the new Oreo-flavored Oreos. You pull the black wafers apart and the cream in the middle tastes just like the black Oreo wafers./ I think the reason my girlfriend & I get along so well is because we share the same sense of humor about other people’s misfortune./ I only drink water if it’s organic.

Oddly enough, the list of things that upset me is completely different from the list of things that burn my britches./ First it was vodka. Now rappers are taking over the marmalade industry./ My sister told me her teenage son is “emo.” I don’t know what that is. So for his birthday, I figured I’d just get him a football jersey./ My prison cellmate carved “Free Hugs” into my forehead./ I’ve fallen! And I’m too tired to get up!/ I would like to time-travel 100 years in the future to see if Internet pornography has gotten less perverse./ Have you noticed that there are fewer and fewer good roles for older actresses in Buffalo Wild Wings commercials?

I hope I die violently in my sleep./ The only way to truly solve the conflict that exists in America is for us all to have an honest discussion about who stole my doughnut./ I’ve become so absent-minded, the other day I accidentally left my gun in the refrigerator./ To be honest, I’m not really an alcoholic. I just attend AA meetings for screenplay ideas./ Just for the heck of it, today I’m sending out prayers to all those who don’t want them./ At my funeral, if someone says, “He wouldn’t want us to be sad and depressed,” they’re wrong./ Everyone is entitled to my opinions./ If I could ask God one question, it would be “Would you take a selfie with me?”

Scott “Galanty” Miller. Columnist. “Galanty Miller is a writer for The Onion News Network and he is a “Top Cop” in Us Weekly Magazine’s popular Fashion Police section. His work has appeared on Comedy Central, the Independent Film Channel, the Huffington Post, theatrical stages, and in the national political arena. Follow him on Twitter at #GalantyMiller and on his website at www.scottgalantymiller.com. You can read more about him in About Us. 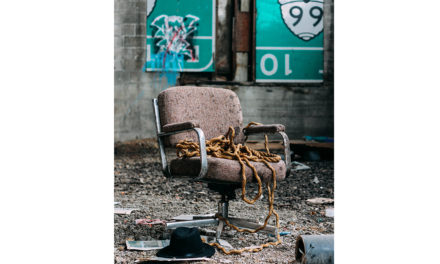 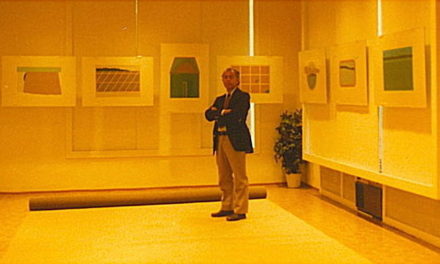