It’s July 14, 2007, 1:30 am, and I’m trying to reach Gardner. I’m in Melbourne; he’s in an intensive care unit in Philadelphia. I finally get through by calling his partner Susan Casper’s cell phone. She hands the phone to him. His voice is craggy and breathy; he is still receiving oxygen.

“Well, it’s either on or off,” Gardner says. “I don’t think there is anything else, any kind of life after death. One instant you’re conscious. The next you’re not. Gone.”

And then it’s May 28th, 2018, 2:30 am, which is just few moments later in subjective time, that constructed metaphor we think of as our past. Gardner has been in hospital since the 3rd of the month. Congestive heart failure. But the prognosis was excellent that he’d be able to get out soon…after suffering through a few weeks of rehab. I had talked to him the week before, and he told me he was bored, anxious to get home, get back to work on his Best of the Year collection. A short, rather strained call, as I hadn’t been calling regularly after Susan had passed away in February of last year. Grief had somehow walled us away from each other.

But now, now that it was too late, I was calling, for I had just learned that Gardner had taken a turn for the worst. I called his son (and my godson) Christopher around midnight my time, and Chris told me that it was bad…very bad. Gardner had developed a systemic infection. Christopher was going to talk with the doctors in a few hours about his prognosis. I stay up, worry, and watch reruns of bad sitcoms.

It’s now the abovementioned 2:30 am, and I call Chris, who while calm and composed is shattered: “Gargy (our term of endearment for Gardner) is on a respirator, Uncle Jack. There’s no hope. We’re just waiting for some of the other relatives to arrive.”

Gargy impossibly incomprehensibly would be gone in a matter of hours.

And while Christopher holds the phone to Gardner’s ear, I say, “I love you, Gargy. I love you very much. I’ll see you on the other side.”

I don’t know if Gardner had enough function to hear me, to hear the words that still echo in my mind. Finally, I went to bed, but didn’t sleep…I waited up to somehow be present, even though I was ten thousand miles away on the other side of the world; and as I lay in bed, eyes wide and mazed with tears, images skittered through my mind, memories so bright and intense as to be hallucinatory. And I remembered the saying that drowning men see their lives pass before them.

It is 1971, and I’m with Gardner in my parent’s home. It is a square stucco house, all white except for a great blue front door and black trim along the edge of the roof. It’s summertime and Gardner and I are sitting on my bed in my old room, which has been kept just as it was when I left home. I can see into the back yard through the window over my desk. I look at the sunken garden and the broken white fountain and remember getting drunk in the back yard last night with Gardner and the woman we’re both in love with. It was a silly night, Gardner singing old rock and roll songs, all of us taking a walk down Ackley Avenue, then coming back and trying to turn on the spotlights for the fountain.

“We should make a pact,” Gardner says. He’s sitting beside my ebony black night table and leaning against the headboard of the bed. He has long blond hair, a light-complected face, and a thin curly beard. His eyes are pale blue, and he’s wearing his old, torn combat boots.

“Okay,” I say. We’ve been talking about writing, which is what we always talk about.

“And I think we should always write what we want to, whether it sells or not,” he says.

“Okay.” This is easy for me because I can’t imagine writing anything except what I want.

“I know,” I say, looking at the garden again.

It’s 1973, and I’m on the train with Gardner. We’re going to a workshop being held in Jack C. Haldeman’s rambling old mansion in the Guilford section of Baltimore: the Guilford Writers’ Workshop. I’d never been to a workshop and was understandably nervous as I clutched the manuscript I was going to submit. Gardner just chuckled and said, “Don’t worry about it. The worst that can happen is they’ll kill you.”

I can’t stop the procession of memories: a road trip with Gardner and Joe Haldeman…we’re on our way to Damon Knight and Kate Wilhelm’s Milford Writers’ Workshop. We’re driving and talking, we’re embarking on a lifetime of writing and talking, we’re our own heroes, and we don’t care that life is swallowing us up in great noisy gulps. I’m visiting Gardner and Susan in Philadelphia: I have just finished a novel, and I’m not going to leave until Gardner finishes his conceptual edit.

It never occurs to me, not even once! that I might be imposing.

The title The Man Who Melted was Gardner’s.

And then, as memories during grief are not necessarily sequential, I’m driving Gardner from New York to Philadelphia, which will become his new home: Susan lives in Philadephia; and then—

—I’m standing beside Gardner as his best man.

In a photo floating around in the æther of social media, I’m dressed in a grey suit with a relaxed, happy expression on my face. Gardner (also suited up) is, however, looking very, very serious…determined. This marriage is for life!

And so it was.

As I gaze through the dark—now as I can see through the perspective of time and memory—I can see that we spent our youth living our own version of Hemingway’s A Moveable Feast. We didn’t know it then, but we were living the very life we dreamed of: we were submerged in the mystery, beauty, and excitement of words and ideas. Science fiction was an expression of beauty, of a sort of mathematical elegance, and we were writing it, reading it, and as time went on, editing it. Sitting together in the late hours in Gardner and Sue’s apartment on South Street and doing word counts…that was before word processing, but the quiet joy of selecting stories, determining the Platonic absolute of where each story should be positioned in an anthology, that elegant balancing that felt so much like the act of writing itself.

I don’t need to tell the reader that Gardner became one of the most important editors in the genre, as influential and essential to the mature state of science fiction as John W. Campbell was to its earlier formation. He was fine tuned to talent; he loved developing it in other writers; and that ability to nurture and develop so many writers, that ability to focus and shape the field…that was genius. Less known, sadly, is that he was a brilliant short story writer. The short form was his métier. Although he lamented that he wasn’t really comfortable with novel lengths, his oeuvre of what I think of as perfect short stories are second to none in or out of the genre. They are true expressions of the poetry that circulated through him like blood.

And as I surface from this sad, joyous, poignant reverie, I remember a special time of success, a period when Gardner, Susan, Michael Swanwick, and I were collaborating and workshopping like mad things. We secretly called ourselves The Fiction Factory. (Heaven forefend that word get out that we were hacks!) That was during the eighties when we were selling everything we wrote to the slicks, to Playboy, Penthouse, Omni, and others, and making what was then serious money for our efforts. It was a time of compressed joy and friendship, a singular green time of youth, expectation, and creative awakening, and, of course, we thought it would go on forever.

It all started with…

No, there isn’t room here for that story, and for the myriad stories that, unleashed, would follow. Suffice it to say that Gardner and I have both published collections containing both fiction and nonfiction about that time. Gardner’s is called Slow Dancing Through Time; mine is The Fiction Factory. We explain it all in those volumes. (I can see Gardner standing up and shouting, “Yes, yes, buy these books by these shameless hacks!)

Lastly, I probably don’t need to mention that Gardner lived larger than life. He was welcoming to everyone, he was the quintessential Protestant schtickmeister, he could do stand up with the best of them, but safely hidden behind that comedic armor was a very private, intensely serious person. To have known that Gardner was and is one of the great joys of my life; and if you’d like to hear what love, friendship, memory, and pure silliness sounds like, I would refer you to the interview Gardner and I did for The Coode Street Podcast conducted by the excellent Jonathan Strahan and Gary K. Wolfe. As they wrote in their tag-line: “We’re not sure any of it made sense, we do know it was a lot of fun to record.”

So, dammit, Gardner, here I am writing your eulogy.

Don’t you remember? You were supposed to write mine!

Portions of this eulogy appeared in different form in Insinuations by Jack Dann (PS Publishing, 2010). 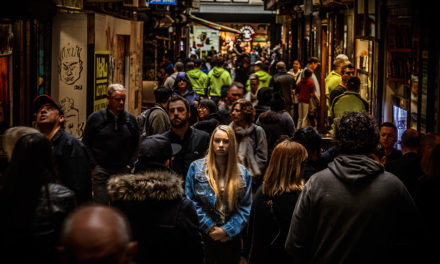