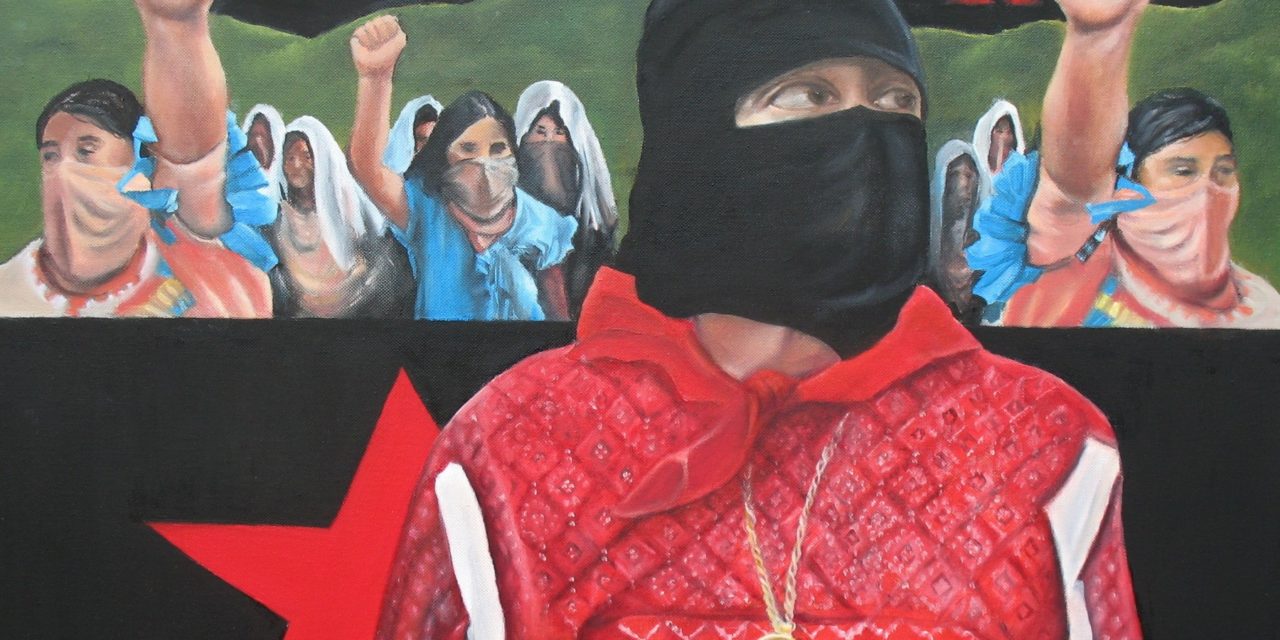 According to the Census Bureau, the minority and bi-racial/bi-ethnic population in the U.S. is expected to rise to 56 percent of the total population by 2060.  “No group,” the U.S. Census Report states, “will have a majority share of the total, and the United States will become a ‘plurality’ [nation] of racial and ethnic groups.”[1]  This minority-majority trend is particularly visible in the ‘Hispanic’ community, as this has been the fastest growing population in the U.S. for several decades; and since 1970 (as reported in 2014) has grown 592%.  However, as the Census Bureau reveals, people who identify as ‘Hispanic’ represent a radically diverse group.[2]  In spite of the effort to nuance this categorical designation, the term Hispanic is regarded as totalizing by many, for it effaces and collapses vast differences among the various groups aggregated under this immense umbrella.  More inclusive terms, such as “Latino/a,” have been offered in order to acknowledge people with Latin American origins, “or the world of Latin (Roman) influence in Europe.”[3]  For others, Latino/a is a political identity, which puts into relief the history and consequences of Spanish colonialism.[4] 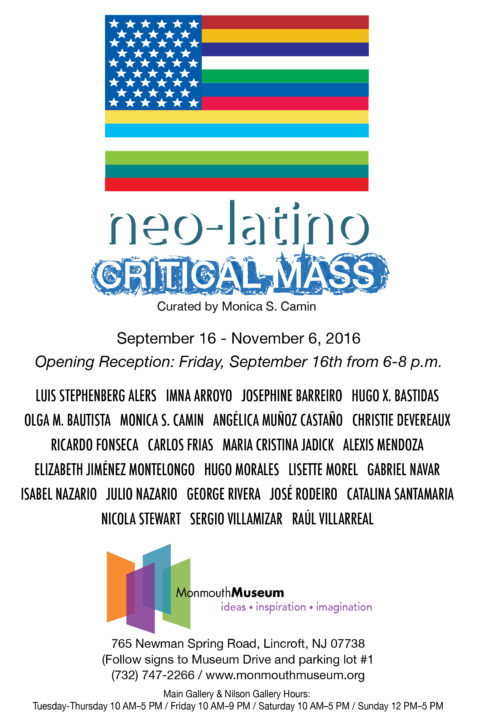 In its original manifestation, Grupo Neo-Latino was designed to offer a visual counter narrative to the dominant anti-immigration rhetoric in the United States, which disparaged, demonized, and scapegoated Latino/as.  The exhibition consequently gave voice to Latino/a artists, enabling them to visually articulate and interpret their own history and experience.  Working with the premise that art serves as a connective tissue, Grupo Neo-Latino simultaneously acknowledged the increasing presence of Latino/as residing in the United States, and also affirmed their cultural impact and myriad contributions.[5]  Although Villarreal wished to showcase the geographical, racial, ethnic and cultural diversity of the Latino/a community, the profile of the participants tended to be exclusive nevertheless, he observes, as it only included artists from a handful of countries.  “Although we believed at the time that we were being ‘new’ or cutting edge, I realize in retrospect that we were thinking in an insular manner,” the artist reflects.

Though they never officially disbanded, Grupo Neo-Latino dispersed following the exhibition at the Sumei Multidisciplinary Arts Center in 2005 in part because at least one of the artists relocated, and several (including Villarreal) graduated from New Jersey City University and consequently focused on their individual careers.  It wasn’t until 2014 that Raúl Villarreal and José Rodeiro had the occasion to explore the possibility of reconstituting the group.  The result was Neo-Latino: 21st Century Latino Art, an exhibition presented at the CCM Visual Arts Gallery at County College of Morris in Randolph, New Jersey (2014).  In an effort to be more inclusive, Villarreal vowed to invite a wider, more representative range of artists to join the group, paying special attention to national affiliation, race, ethnicity, class, gender, age/generation and sexual orientation.[6]   In an effort to democratize the curatorial process, Villarreal also invited his colleague Argentinian artist Monica Camin to coordinate the second manifestation titled Neo-Latinos – Critical Mass (Monmouth Museum, Lincroft, New Jersey, 2016).  Specifically aiming to diversify the group, Camin invited artists from over ten countries to participate in the exhibition, including Argentina, Colombia, Cuba, the Dominican Republic, Ecuador, Mexico, Panama, Portugal, Puerto Rico, and Spain.[7] 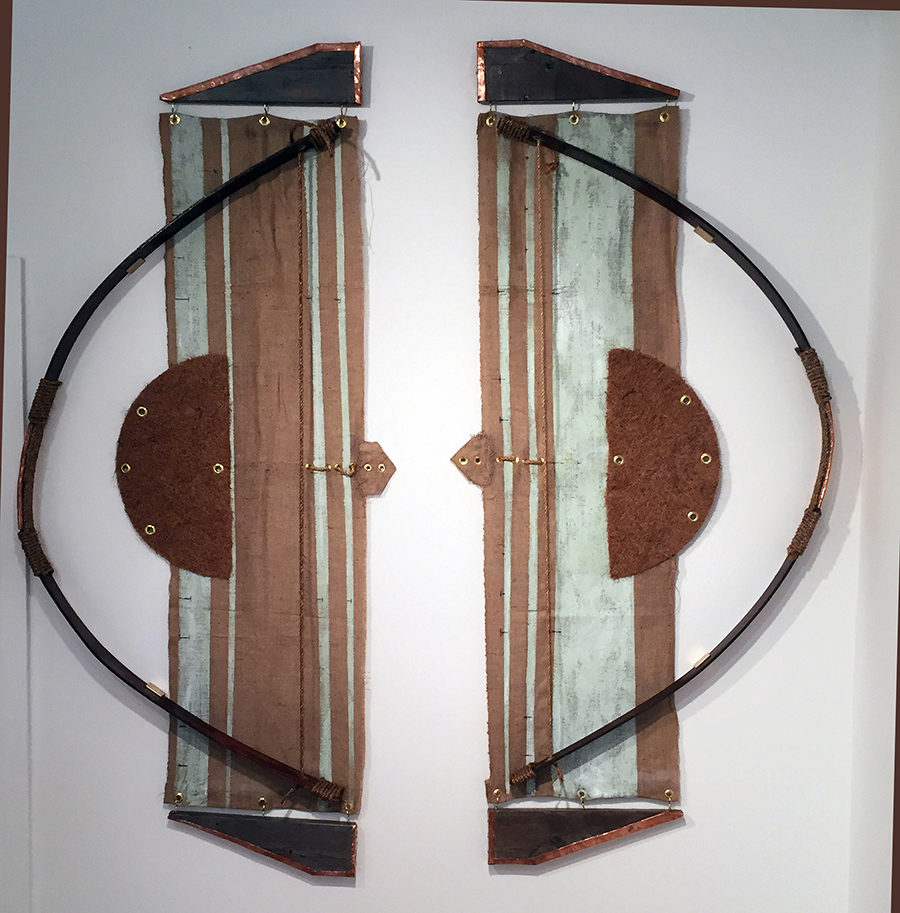 The Force of an Arch, by Luis Stephenberg Alers

In addition to focusing on the emerging consciousness of Latino/as as a dominant and growing multi-local presence in the United States, the works presented in Neo-Latinos — Critical Mass, Camin observes, “delve into the importance of a collective but diverse visual dialogue around the cultural and socio-political Latino/a experience.”  In addition to profiling the work of a base core of multi-media artists, this second manifestation of Grupo Neo-Latino features an ever-expanding group, which includes regional or local guest artists.  Rather than striving for stylistic or ideological uniformity, as their manifesto expresses, Grupo Neo-Latino emulates an organizational structure that stresses socio-cultural aesthetic principles.  Although Grupo Neo-Latino emphasizes the diversity that exists among the participating artists, collectively the group aspires toward the possibility of an artistic community and an aesthetic movement linked by cultural solidarity.

Like CAFÉ — an exhibition of Cuban diasporic art conceived by Cuban artists Leandro Soto, Yovani Bauta and Israel León Viera, and curated by Soto — Grupo Neo-Latino conceptually acknowledges the fluid and conditional aspects of cultural and national identity formation.[8]  Highlighting the themes of artistic translation, adaptation, synthesis and transformation, the group fundamentally recognizes that cultural identity is on a continuum and is always ‘in process’.  Rather than aiming to forge a finite set of elements and motifs that collectively define the new Latino/a of the twenty-first century, Grupo Neo-Latino engenders what Villarreal and Rodeiro describe as a cultural amalgam, which is characterized by transcultural fertilization, artistic evolution, and the sedimentary fusion of diverse cultural symbols and elements.  Although several artists emphasize the benefits of artistic cross-pollination, they nevertheless acknowledge that the circumstances of these exchanges are informed by violent encounter, rupture, and physical, cultural and psychic displacement.

Accommodating the fluid and shifting aspects of contextual identity, at the same time that it acknowledges the local and the situated, Grupo Neo-Latino celebrates the participating artists’ complex ethnic and racial roots, and promotes the idea of multi-belonging — of being rooted in multiple places.  In this manner their artwork simultaneously signifies and collapses the geographical distances between the idea of homeland or patria, and what Homi K. Bhabha terms home away from home.  It articulates, moreover, the ways in which one reconstitutes and transforms the self in the context of rupture, movement and dislocation; and puts into high relief the role artists play in creating alternative cartographies, which bespeak a global, transnational modernity.  Fundamentally, Grupo Neo-Latino posits a set of underlying questions regarding nationhood and identity, such as What does it mean to be Latino/a in the U.S.?  Who can claim Latino/a identity?  Who is a real Latino/a?  Who can create Latino/a art?

Like Leandro Soto’s CAFÉ, Grupo Neo-Latino embodies a revolutionary aesthetic vision in that each manifestation disrupts traditional western modes of curation, which adhere to strictly formulaic expectations regarding the installation of artwork in the ex 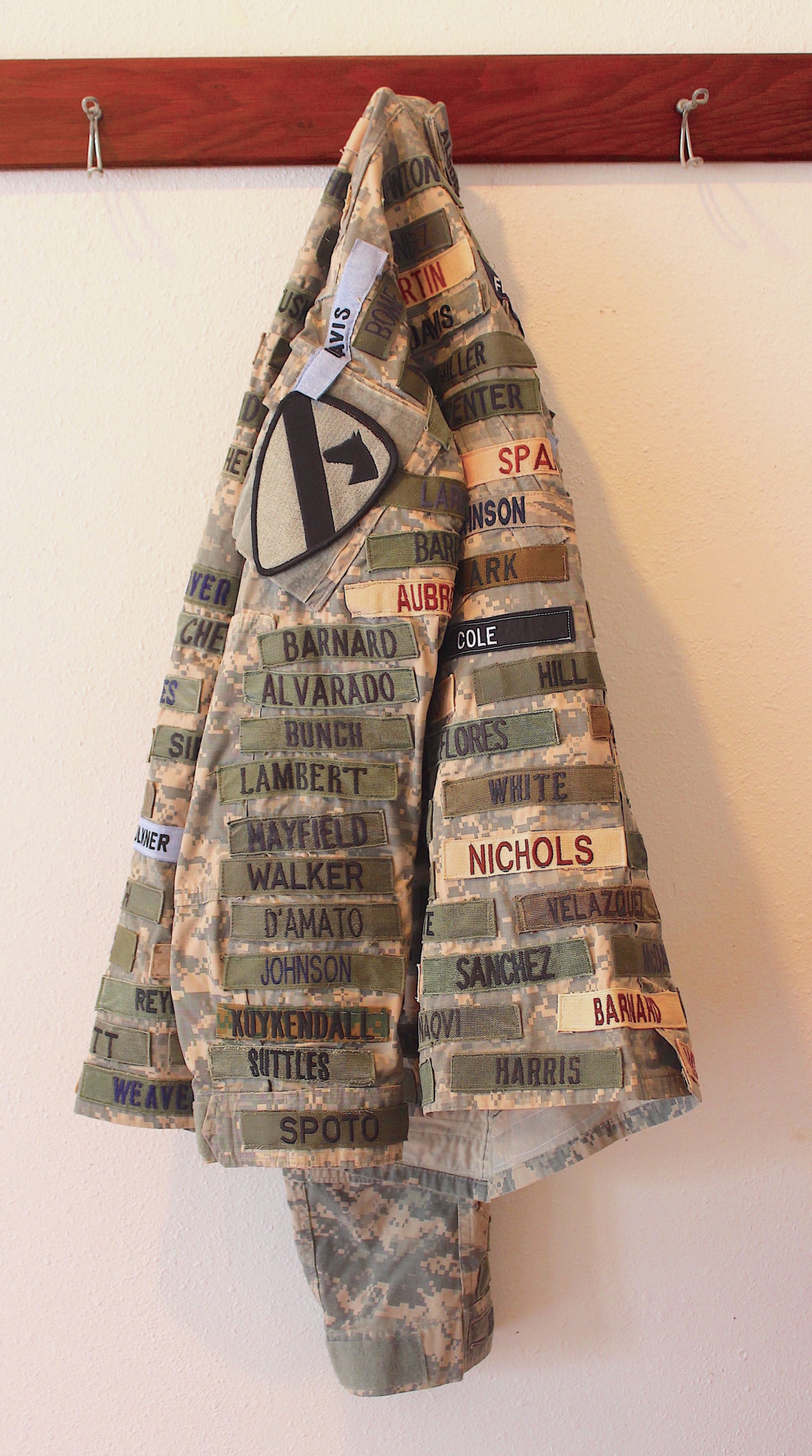 hibition space; the duration of the exhibition itinerary; and the location where the artwork will be exhibited.  Both CAFÉ and Grupo Neo-Latino, for example, are curated and installed by artists as opposed to professionally trained curators or museum managers.  Moreover, each manifestation presents a different combination of works.  Although no two showings are the same, each exhibition is linked to the other in a non-linear chain that points to a larger narrative about overarching themes such as immigration, discrimination, assimilation, and the preservation and perpetuation of culture.  In the same vein, there is no fixed exhibition schedule; on the contrary, Grupo Neo-Latino is an evolving, itinerant and ongoing exhibition in that it has no pre-set or terminal itinerary, but rather manifests itself indefinitely as future exhibition sites are identified.  In addition, the presentation of the artwork is performative in that each manifestation conforms to, or is literally integrated into, the physical space where it is installed, rather than adhering to a set plan or arrangement determined by an external or resident curator.  Each showing of Grupo Neo-Latino is, therefore, designed as a collaboration between the artwork and the physical space in which it is installed.

Grupo Neo-Latinos’ most recent manifestation, Critical Mass, once again reiterates the theme of transnational identity formation in the context of movement or displacement.  More specifically, the exhibition posits a paradigm that rejects essentialist, territorially and linguistically-based concepts of racial and/or ethnic, national, or cultural identification, and challenges the idea of patria or homeland as a fixed and unchanging physical place of origin.  In other words, the artwork featured in the exhibition moves away from any notion of a unified cultural or ethnic aesthetic; and, on the contrary, stresses the idea that Latino/a culture is multi-variegated and imbricated by distinct influences and sometimes conflicting positionalities and affiliations.

As José Rodeiro observes, Grupo Neo-Latino — in its total effect — bespeaks the philosophical concept of amnesis, a theory first developed by Bolivian-American artist, poet and theorist Nicomedes Suárez-Araúz, which suggests that artistic creativity ultimately represents an attempt to fill a lacunae of lost objects, lost history, lost culture.  “We are, in large measure, what we have lost and can never recover or recall,” Suárez-Araúz contends in his critical work Amnesis Art: The Art of the Lost Object.  Amnesia, he continues, “is a stalking presence that erodes, shapes, and refines our lives…. We cannot remember, so we create” (95).[9]  Ultimately, the Grupo Neo-Latino strives to present a more complex, prismatic vision of Latino/a subjectivity and consciousness through the lens of visual culture.

[2] The designation ‘Hispanic’ was first introduced in 1973 for the purpose of data-gathering (by the Department of Health, Education, and Welfare/HEW); this umbrella term included peoples from Mexico, Puerto Rico, Central America, South America, the Spanish Caribbean, and Spain. Additional Federal Agencies, such as the Office of Management and Budget and the Bureau of the Census soon adopted the term.  The phenomenon of reporting on Hispanics as a distinct group was introduced in 1970 in a 5% sample of the census questionnaires distributed. The 1980 Census introduced the “Spanish origin or descent” category; and the 1990 Census nuanced this category by providing those surveyed with the opportunity to classify themselves as Hispanic if they fit into the categories of Mexican, Puerto Rican, Cuban, or Other Spanish/Hispanic origin, and also provided a write-in line for subgroups.

[3] In this sense, “Latino/a” might include people from Guyana, Brazil, France, Romania, and others whose culture is not of Spanish origin.

[8] See my critical work Cuban Artists Across the Diaspora: Setting the Tent Against the House (Austin: University of Texas Press, 2011).  Raúl Villarreal was inspired by Soto’s vision as he is a participating artist in CAFÉ.

Andrea O’Reilly Herrera is an associate professor in the Department of English and director of the Ethnic Studies Program at the University of Colorado, Colorado Springs. She has previously published fiction and poetry in such anthologies as LITTLE HAVANA BLUES: A CUBAN-AMERICAN LITERATURE ANTHOLOGY and a number of literary journals.

Editor’s Note: Jose Rodeiro was Art Editor for Ragazine.CC until his retirement in 2015, and instrumental in bringing attention to the Latino/a art scene in Metro New York City and the United States. He lives in St. Petersburg, Florida. 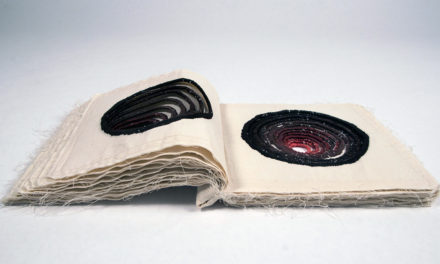 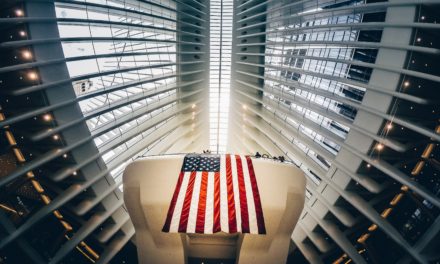