Eavesdropping on Myself at Seventeen

Yo man, come on, you might as well admit you
really got no reason to be talking shit, except

for the fear you got growing inside like a jungle
plant or a monster’s mouth opening wide,

and in the big scheme of things you ain’t much more
than an ant, and nobody’s okay with being nothing more

than an ant, so you play all tough and rant and hide
the scared little boy you got trapped inside, and choke him

with smoke and drown him with all the drinks you can drink,
and you keep thinking about how hard it is, trying not to think

when you’re alone and it’s quiet enough to think about how
you have no clue who in the hell you are, and about how

it’s too easy to blame the guy who was supposed to be there
but who wasn’t, or the mom who was but who could never be him,

and so you go on about how you ain’t afraid of nothing,
but that’s exactly what keeps you awake all night,

the fear of being nothing,
and how that thought’s way too big,

but a middle finger is easy,
the smoking is easy,

the drinking is easy,
the driving nowhere is easy,

it’s the never looking
into any of the mirrors

Before the Guru Left, He Said

Stand beside the lake
until you become the lake.

Sit beside the fire
until you become the fire.

Lie beside the—
Eh, fuck it.

Jason Allen is an author and poet whose work has appeared in Passages North, Paterson Literary Review, Contemporary American Voices, Cream City Review, Ragazine, The Molotov Cocktail, and many other venues. His novel, “Levitation”, recently was a semi-finalist for the James Jones First Novel Fellowship. He is also the author of the chapbook, Gunmetal Blue, and his full-length poetry collection, A Meditation on Fire, which was released in 2016 by Southeast Missouri State University Press. 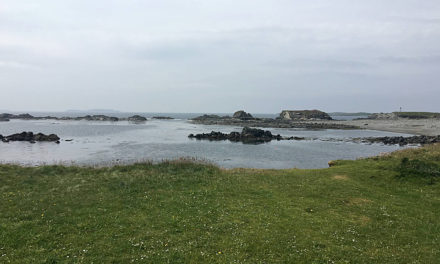