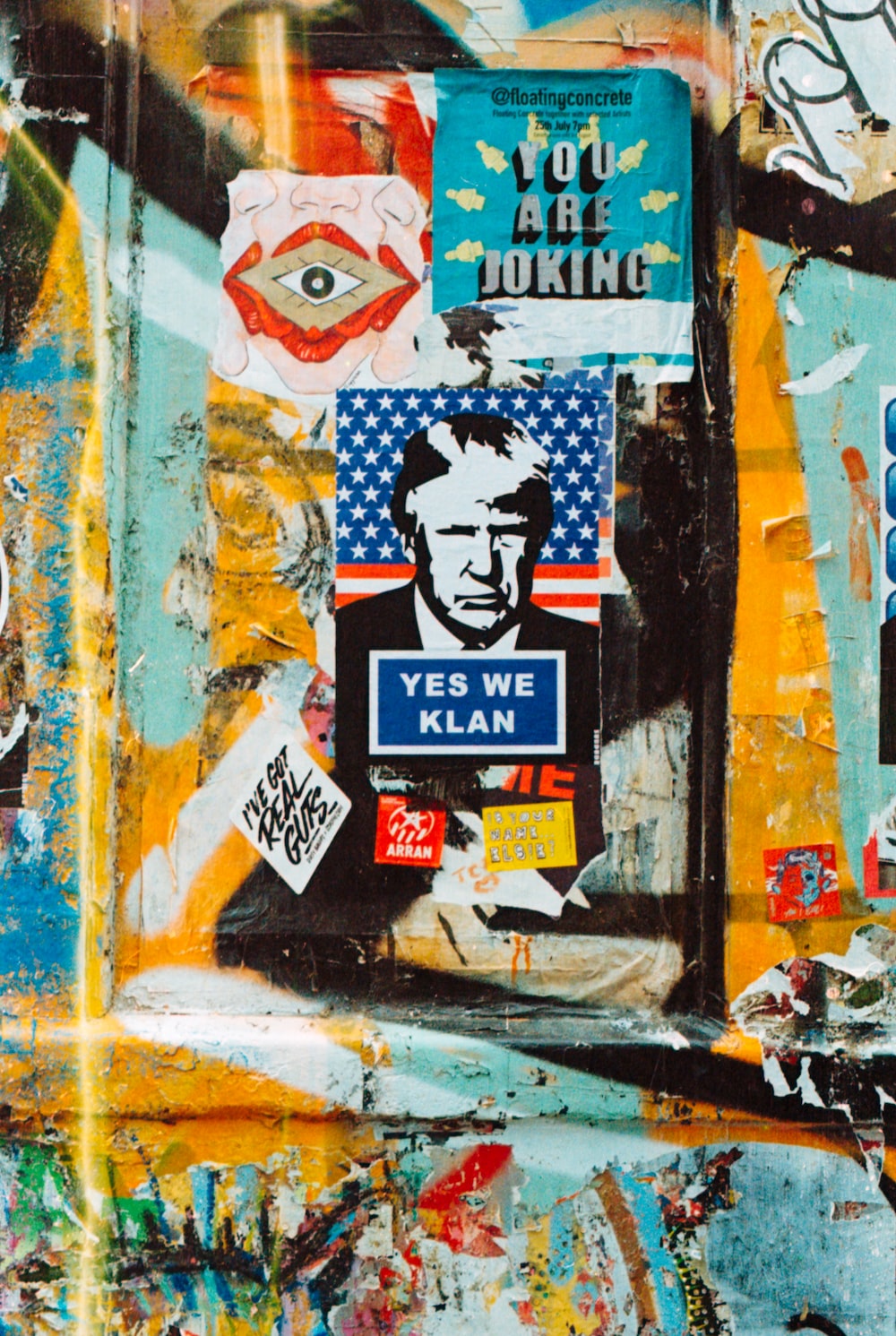 TRUTH AND TRUST – Through the glass darkly

I was watching the news – democrats and republicans going back and forth about the whistleblower report and the phone call transcript tied to President Trump’s conversation with Ukraine leader Volodymyr Zelensky.  While trying to make the case that the President was or wasn’t guilty of serious wrongdoing, party members were using words like integrity, honor, justice, accountability, bipartisanship, duty to the country and that no one is above the law. It’s as if each side was trying to demonstrate that they existed on a moral/ethical high ground above the other in terms of establishing truth and public trust.  Unfortunately, the crucial matters at hand appeared lost in the overall theatrical nature of the proceedings – and it all seemed so tragic.

We will certainly see where the chips fall when the curtain closes on this episode of our government “in action.”  Meanwhile, it’s worth keeping in mind that we’re getting a great look at the imperfections that permeate our democratic process.  In this light the President may even deserve ‘a tip of the hat’ for this unintended expose’.  In other words, although he has fallen well short of his promise to “drain the swamp” his personal and political behavior have allowed us to view firsthand how other “swampters” – the elected officials who via their own slippery-sloped, quid-pro-quo, money-backed political lives – actually stay afloat in the murky waters they helped create.  This is in fact the kind of water where Trump seems to thrive best, recognizing that both his detractors and supporters share a similar culture, one where anyone at any time could be cited for some form of political chicanery.  It’s long been said that politics is a dirty business.  And it may well be that via our current circumstances we might become better informed as to what it will take to address our own messy, political environment – perhaps adding the massive effort before us to the list of our other problematic, environmental concerns.

Amid the troublesome and often shameful goings-on I couldn’t help reflect on my professorial experiences and the question I would ask my Contemporary Social Issues class at the beginning of every semester. It was one among several questions designed to set a frame as to how those in the class generally thought about the American experiment and to also suggest what we would be discussing in the class in terms of the social, political and economic elements linked to their thoughts.  The particular question I recalled was “Do you trust our government?” And the reason it resonated so strongly amid my television viewing was that 70 to 80 percent of the students, in over two decades of classes, answered “No.” This result always seemed a bit disheartening, especially as the bulk of the remaining percentage bordered on the “not really” line. Yet the result reflected a growing reality that demanded examination. (I would also ask this question at public discussions and/or conferences with much the same result.)

In untangling the rationale for the classroom responses it was that the distortion of principles, the use of false equivalences, the selective use of facts, the implication that two-wrongs could somehow make a right, the stylized use of messaging-spin, the pandering to public good interests with a more focused eye on profit and lobbying support and the overall trickiness of the political culture made it difficult to place trust in the notion of “the truth.”  Given these considerations, coupled with the realities of the country’s national and international history, the enduring racism, the continuing income equality, the ever present influence of cash, color and class on processes like criminal justice – well, truth and trust seemed words that could hardly be held to their intended standard.

Fortunately, according to the surveys done post each class, our classroom exchanges proved informative, thought provoking and left students wanting more.  Much of this constructive result hinged on the detailing of our political-democratic process and its link to our economic-capitalist process, a clarification that helped those in class better grasp the actual character of our country, the cultural instincts that we have developed overtime and what might be done to  improve upon both. In other words this “opening up the dialogue” process pointed to the fact that, much like with individual problems, the pursuit of the “truth” in a societal sense would involve a collective, self-analysis, even though this would be both difficult and painful, especially as remedies would demand long-range, tireless and complex efforts.  It was with these type results we could come to “trust” our abilities to recognize and endorse policies and practices centered on improving our future.

I must admit that as positive as the course outcomes were I continue to worry that as we sort through the troublesome concerns on our table, little will be gleaned in terms of addressing the overall “truth and trust” conundrum we find ourselves in. In other words, even when the current dust settles, we may not get to any serious examination of our ideological character nor what the results actually imply. Said another way there may not be much change in terms of raising the deep-seated, soul- searching issues we face to their corresponding level of importance and actual action.

Yet, hope remains.  For me it lies somewhere in the mix of our on-going political campaigns, with the “newbies” coming into Congress, with a fed-up/angry/cost bearing public, with the discontent of young, inquisitive minds and with those who continue to advocate for bettering our civic education processes.  The hope being noted, let this be clear. As Trump and the rest carry-on, we have definable “teachable moments” directly in front of us. And we need to stay tuned to be sure that we chart our course in the context of what we learn.

“The people must know before they can act. And there is no educator to compare to the press.”

Ida B. Wells, Journalist/ Activist of her times

I wanted to add a few comments that again developed from watching a major U.S. news show. This time it was a discussion centered on how the U.S. public might be internalizing the economic issues facing the country. According to one of the show’s guests, an economist from London, it seemed that most of the U.S. public’s focus was on issues that immediately affected them – jobs, wages and health care – rather than on larger, structural issues. Given this, it appeared to the economist that the more individual-problem focus, although understandable, was a bit shortsighted. In other words, in the longer-term, there would certainly be problems tied to collective economic and societal costs that would eventually be passed along to the public. In this sense, there was always a “give and take” inherent in the nature of capitalism and those in a position “to take” would always seek to do just that, it was simply a matter of the system’s logic. In the economist’s mind then, particularly given that the U.S. was indeed a capitalist country, due diligence demanded that attention be paid to this unavoidable fact.

As the economist made these comments, it became clear that although her points were valid, the show’s hosts were ill prepared to continue the conversation along the lines of looking critically at our capitalist character.  Instead, they re-directed the discussion back to the specific issues at hand, as if jobs, wages, health care, money in politics, taxation, etc., existed outside the realm of capitalism. In short, the hosts steered the conversation toward more customary and comfortable grounds in continuing the dialogue.  It was apparent that the Londoner recognized the shift, but perhaps out of professional courtesy, she acquiesced without pushing her thoughts further.

At this point, I shook my head in dismay. This was not because the hosts were involved in any complicit, conspiratorial behavior. Rather it was that they were being compliant in ignoring the obvious. In other words, it seemed that even when given the possibility to do so, they demonstrated a reluctance to engage in legitimate dialogue on the import of our country’s capitalist identity. And unfortunately, this reluctance is all too common an occurrence.

There is little question that we are immersed in difficult times, times when we need all the help we can get in making our problems more non-partisan and more transparent.  So it is crucial that our media journalists take this “opportunity” to do their best, to overcome their not knowing, or their not knowing enough, or their being worried about challenging any corporate-capitalist links. In short, their time is now. The words of Ida B. will always be important – and it is clearly not the moment to lose sight of what they mean.