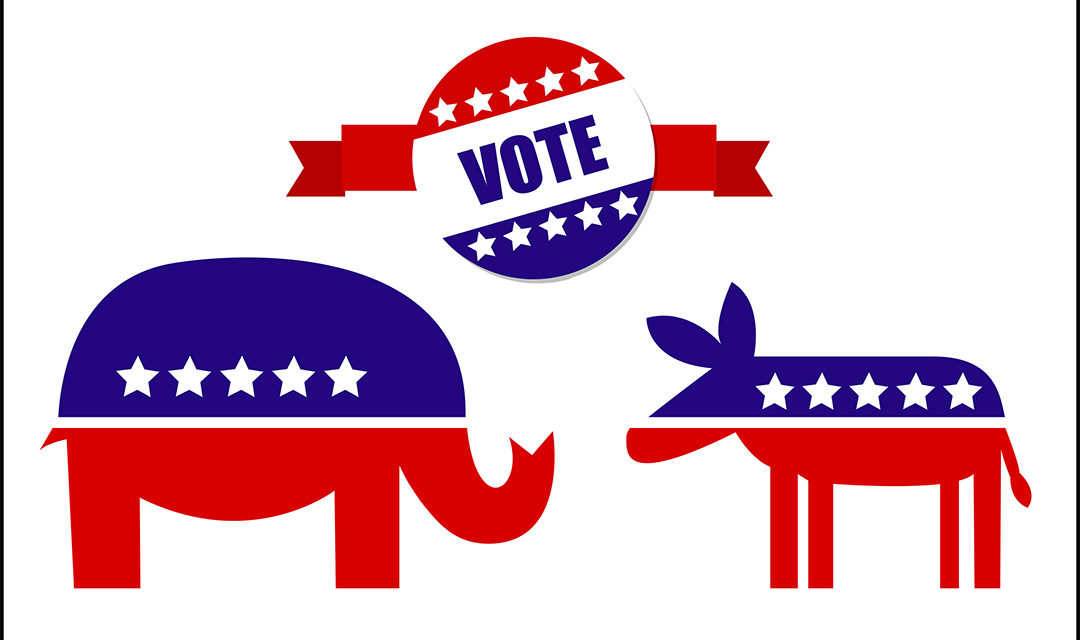 Yes, both the Republican and Democratic conventions have been painful. In the most free, most prosperous country in the world the political dialogue surrounding who will lead the country is falling short.  First, the stupefying arrogance displayed by the new Republican candidate is only out matched by the equally stupefying support of his followers. It’s as if some carnival barker, who borders on a psychopathic reality filled with untruths, half-truths, some slight- of-hand, some rear-view mirror references and some pretty fancy footwork, has become the savior for a frenzied group of citizens who border on a collective, sociopathic reality filled with misunderstanding, ignorance, fear,  and self-perpetuating anger.  Why it’s almost like the Jerry Springer show on steroids — wildly intriguing, except of course for the seriousness of the matters at hand. As a well-experienced, well-educated American, the watching and listening tied to that convention has indeed been a painfully troublesome experience.

But this is not to say that the Democrats generated any significantly less pain. Granted the hoopla around the nomination of the first female presidential candidate deserves it’s due. Yet their candidate seems to suffer from some form of delusional sense of statehood, particularly in that she promises to deliver grand “public good” reforms in a country that remains dominated by market interests. Said another way, because our whole experiment with democracy has been overrun by the profit-motives inherent in capitalism, how can one increase the value of the former without seriously addressing the properties of the latter?  Yet this is not the frame of her dialogue. Sure, there have been overtures toward altering the power of money, overtures primarily borrowed from her once populist-progressive-democratic socialist foe now turned liberal friend. (i.e., Let’s get those “wall-street” guys!) But this only adds confusion to the policy strategies now on the table. In other words, how can a tried and true U.S. liberal, one who has and will be supported by marketers both in and out of the political process, one who never talks in terms of addressing the problems and pitfalls inherent in our capitalist system (i.e., it’s beyond those “wall-street guys”), and one who never even references, let alone explains, its alternative corollaries (like socialism and even communism), how can she lay claim to making change in any meaningful way? Moreover, considering the ever-so-obvious contradictions in our complicated mix of the ideals of democracy with the practicalities of capitalism, isn’t there an implied deceitfulness in not getting down and dirty in explaining and then untangling these ideological inconsistencies? Doesn’t this have to happen in order to actually effect change? To the point, the fact that this is not happening in the Democratic camp is another painful reality to recognize.*

And then there is the ever-present media. It’s no secret that these campains are as much their show as it is the political parties’. They certainly do cover the proceedings. But their overall attempts at claiming some type of moral high ground in doing so is almost preposterous. There have been volumes of criticism laid at their doorstep, from subjective partisanship reporting, to daily bouts with sensationalism, to not knowing all that much about their subject matter, to pandering to their own set of corporate interests, to using the news to sell whatever is on the market’s table. And these and more have all been on display in the last few weeks. In short, they seem to be ignoring their own ties to the circus atmosphere, which includes their lack of attention/interest in explaining what the substance of the American experiment is actually about.

So in reading this piece, one might ask:  “If it’s so upsetting, so painful, then why watch it all?” And this is indeed a fair and logical question, one I’ve asked myself several times over. It may be that form of rubbernecking that occurs at the scene of an accident. Or it might be that I find some perverse pleasure in seeing all the “important people” doing the political dance that they do. Both seem to have some validity. But, in my own head-scratching way, I know that it’s something else at work. It’s that after all these years I’m still clinging to some type of strange optimism, one that finds its base in the old adage: no pain no gain. So I guess it’s related to a hope (HOPE) that somehow this will actually be the case.  I can certainly sense the naiveté in feeling this. Yet, it is what it is. And after all, it’s only our future that’s in the balance.

More needs to be referenced in terms of these “obvious ideological contradictions,” especially as their translation, or lack thereof, applies to both candidates. Trump is a businessman with clear ties to a U.S. market-focused education and career. Unfortunately, and despite its value/applicability, one doesn’t focus his/her study, even at the best business schools in the country, on a critical analysis of capitalism. It’s simply not part of the curriculum. So in this sense he may well not grasp the shortcomings tied to living and working in a capitalist system. Or, even if he did have an inkling of this line of thought, he may not choose to develop any related dialogue primarily because it’s bad for business. In other words, and although this should be be by no means acceptable, he can lay claim to some form of legitimate oversight – especially given he is so good at doing just that. Clinton on the other hand has made politics and public service her career. And although she likely had the same experience in terms of her post-secondary education (the void in attention to a critical analysis of capitalism), it would seem she would have developed more of an attachment to the democracy-capitalism dialogue — if by nothing else than her exposure to various ideological concerns.  And this of course should have resulted in a sense of responsibility to include the related concerns in terms of considering the difficulties that are part of American political-economic-social life. Given that this hasn’t been the case perhaps she is more culpable than Trump in relation to not doing or speaking in this direction.

Importantly, and aside from whom should know better, the final choices left for the American public would seem to offer little “leadership” in terms of gaining a clear interpretation of the struggles we face, especially in regard to explaining the intricate relationship between democracy and capitalism.  And this means that not much can be expected as to how to legitimately address the many difficult issues on our table, issues such as: how principles like equality and freedom can get bent more toward competition than their definitions imply;  or how significant the creation and control of debt might be; or how greater job insecurity can actually feed into that control; or how costs, particularly in terms of taxes and corporate welfare, can be manipulated not in the best interests of public good; or how banks and investment firms got joined at the hip; or how deregulation and bailouts work; or how money interests, mostly to the detriment of public good, can successfully lobby for more;  or how jobs can be created while keeping them in the country and raising the living wage; or how a society can adopt a variety of cultural instincts that for one, turns most into consumers who consume well beyond their own needs/good; or how a criminal justice system came to lose its focus on its primary objective; or how an uninformed public can end up making any number of irrational political choices. There are certainly more “or how’s” on the list. But for now, and particularly relevant to the notions of hope and expectations, the picture of what we are currently witnessing remains painfully clear.

Politics editor James Palombo’s work focuses on issues related to social, political and economic concerns in the U.S. and abroad. He is the author of several books, the most prominant being his autobiographical discourse, “Criminal to Critic-Reflections Amid The American Experiment,” Rowman and Littlefield Publishers. The book chronicles his experiences from drug dealer and convict to social worker, professor, world traveler and public policy advocate. While continuing to travel he divides his time mainly between Endicott, New York, and San Miguel de Allende, Mexico.

In Considering That Words Matter