Happy Campaign Trails to You…

Although they can stand alone, here are two pieces linked to each other in several ways. Keep in mind as you read them that there have been a variety of previous Ragazine articles by this author that speak to the concerns being raised. In particular “A Primer for the  Primaries,” written before the last Obama election, provides some detail as to the elements of democracy, capitalism, socialism and communism as well as a review of liberal, conservative and alternative-view politics. One might also find the “Quizas” article of interest as, via its focus on U.S. and Cuban differing yet similar growth models, it presents a frame by which better political, economic and social policy understanding can be fostered.  As a final point, it is also worth mentioning the author’s link to the Campaign for an Informed Citizenry – www.cicorg.com – where the theme of developing a better ideologically skilled public is again addressed.

This being said, we hope the two pieces stir up interest in the manner intended. In short, there is no time like the present to become more involved in making our country a better place – and being legitimately informed is a definite must if that is to occur. So enjoy the read and, as always, your feedback is certainly welcomed.

You have to admit, it’s quite a show – and “the Donald” is doing a pretty good job as the ringmaster for the other presidential contestants. One has to appreciate him, though. Much like Jerry Springer and those court-judge jesters have done via day-time TV, he is helping us to understand what is and isn’t out there in terms of our collective public mindset. He is also keeping us aware of things like doublespeak, the bait-and-switch and the overall consumer gullibility by which much of modern politics seems built upon. The only real problem with the whole ridiculous and sublime extravaganza is that it involves serious business, the business of our country, both now and in the future. And this is where it gets really troublesome. This is because there is no slight-of-hand or bible-book pounding that can continue to hide the fact that whether conservative, liberal or some type of independent we are definitely behind the eight-ball in coming to political, economic and social terms with exactly who we are and where we might be going.

Now this is no easy situation to address. We have a number of minority and specific issue groups who are focused on important concerns, yet this focus doesn’t necessarily translate into helping the public understand the bigger, ideological (think the mix of capitalism and democracy) picture. And we have the political players (and those business or professional people aspiring to be) putting their agenda’s spin on how to achieve objectives that by some magic  they insist can be consistent with both market and public good ends. We also have to contend with a world that is not so accepting of the U.S. character and its related rules of order. And importantly, we have an education system that seems most focused on verifying its own worth, making it “too busy” to be concerned with developing ongoing, civic dialogue. (Especially in these turbulent political times, this should be a top priority, at least on par with developing technological skills.)

Taken in total these elements − and there are certainly others − tend to lead most people in a number of directions, all of which make their choices in terms of political affiliation and policy action a bit fuzzy at best. Said another way, it is a bit misdirected when those running for political office say they are speaking or responding to the American public (only about half of whom vote, remember) when the public doesn’t really know that much about how to connect all the dots in the first place.

Given the complexity of our current state of affairs, especially in regards to developing a truly informed citizenry (who, by the way, don’t like being insulted over what they don’t know) one has to wonder what will happen – what kind of leadership can we expect when we really don’t know how to frame our expectations? And will we only get what we deserve by allowing ourselves to remain in this condition?

We do know this – that all the Kings horses and all of the King’s men couldn’t put Humpty back together again. Let’s hope this is the case with Trumpty, et al, as their particular cracks widen, keeping in mind that those cracks may actually be a good thing for us. As the great songster Leonard Cohen suggested, this may well be how the light gets in. Again, let’s hope this is the case.

But stay aware. It seems that as we proceed with choosing our next president – and the difficult course that our complex American experiment must take – much of what needs to be understood will be left to our own devices, i.e., “leadership” may continue to not be so interested in clearing things up. So look out there and see and listen and think about what is possible that could make our collective understanding more probable. We may actually surprise ourselves in the process.

In the previous “Humpty Trumpty, et al” article Leonard Cohen’s powerful musical poetry was cited, suggesting that perhaps even with the carnival-like atmosphere that has surrounded the Republican presidential race, there may be something positive gleaned for closer consideration. In watching the most recent Democratic presentation the same could be said, perhaps to an even more significant degree.

This is suggested not because the issues covered by the Democrats were new − gun control, immigration, income inequality, racial imbalance, criminal justice reform, the environment, health care, education and international affairs all were touched upon, with plans to alter/adjust current policies to better address the concerns at hand.  But what struck me the most was that for the first time in my almost five decades’ worth of adult history, a candidate, i.e., Bernie Sanders, was using the word socialist in his platform approach – and he is being taken seriously.

As someone very much interested in improving the ideological understanding and dialogue of our citizenry (as I’ve written in many articles before we are perilously in arrears in this context) I have hope that this improvement will take place as the race unfolds. However, at this juncture I fear the inclusion of having a socialist-type on the ballot in and of itself may not be going in the direction that it should. In other words, I haven’t heard as yet any clarification as to what being a socialist − democratic or otherwise − actually means. (And I don’t mean suggesting what one might do under that moniker, but what that moniker actually denotes). In this sense I am quite positive, especially given my experiences with both post-secondary classroom and public discussions, that the general public (including many in the media) has little understanding/grasp of how concepts like socialism, communism, capitalism, democracy translate.

This is certainly not easy material to digest. And I don’t believe that leaving it to social media and the tweets and twitters present the best avenues to address the situation at hand. Instead (or in addition to) it would seem that some form of public seminar needs to be held to help clarify what is now on the table. This would allow for particular questions to be addressed, questions like: What is a socialist? What is a communist? How do they differ from a capitalist? What is capitalism? What are the different takes on capitalism? What have people like Karl Marx and  Milton Friedman said about it, and what do systems like collective and participatory capitalism imply? How does the employ of the concepts effect growth models of different countries like China, Russia, the countries in Europe and Latin America, as well as those in the Middle East? And how might our traditional liberal and conservative parties in this country define, mix and/or match things like democracy, capitalism, and socialism, especially in regards to the social issues being referenced in the campaigns?

Given the extent to which our public has been left in the dark regarding the variables, I’m not sure we can trust leadership with this “forum organizing” responsibility − they haven’t seemed overly interested in this type clarity to this point. Yet I keep hoping that somewhere in the very near future, perhaps with the help of our secondary and post-secondary educational processes  recognizing this as a mandate, or perhaps via the various non-profits who have an interest at stake, this clarification will occur. Once this happens, it should be that we can then rely on having an informed citizenry doing what an informed citizenry is capable of doing – electing and holding responsible officials who are basing what they propose on growth models that are consistent with what they are promising the public.

Again, we have some serious work ahead of us. For now however, it appears that Senator Sanders’ campaign is providing “the crack” – public interest/awareness has definitely been tweaked, which is a substantial step in the “better informed citizenry” direction. But let’s see what happens next. Perhaps what is occurring will result with people only having a bit more information, but keep in mind the dangers of having just that little bit in hand. Or perhaps it will result in more, perhaps given “the crack” it may be that whether he wins or loses,  significant light will get in. And if that happens, well then we, the citizens, will end up being the real winners of the race. 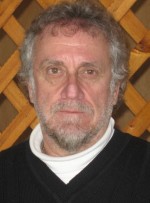