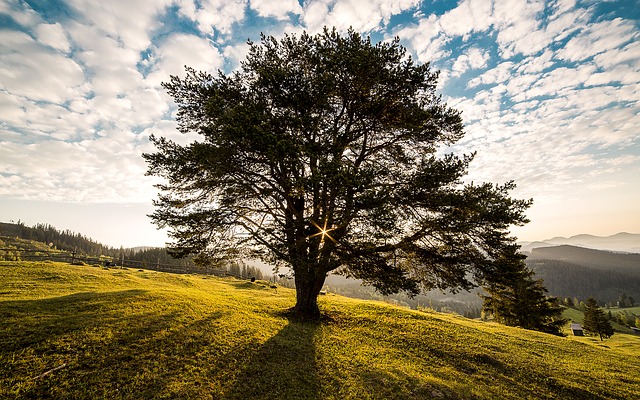 “For the Love of Nature”

An excerpt from The Second Coming of Jesus,

This excerpt, “For the Love of Nature,”  is from the novel  The second coming of Jesus, recently published in Portugal and soon to be published in Spain.

When Magdalene and Jesus left the environmental camp, she revealed to him her ruminations.

“Did you know that nature and the Christian religion have a great deal in common?” she said.

“Yes, the Bible shows this: the garden of Eden was an environmental paradise where you could eat  and no species was threatened with extinction; Noah saved all these creatures from the unexpected flood; Isaiah guaranteed that in the Messianic Kingdom the wolf shall dwell with the lamb, the leopard shall lie down with the kid and the child will play by the cobra’s hole; Ezequiel makes the leftover flood water healthy; and Daniel is well received in the lions’ den …”

“Thank God there were no zoos at the time…”

“But adulteresses were stoned, also thanks to God,” Magdalene said.

“Fine, but what is certain is that a Christian cannot ignore ecology. The main parables speak of nature and farming. Plants and animals were chosen to pass on moral messages. More than from mankind, virtue comes from the earth and from its creatures. And the evangelists themselves then take on zoomorphic shapes. Lucas appears as an ox…”

“I see you’ve studied the Bible.”

“You don’t need to,” Magdalene said. “It’s all on Wikipedia.”

“On paper it’s something else…”

“The world changes so quickly …”

“Listen, I discovered more,” she said. “In the Old Testament there is a law prohibiting felling trees during war, another advising you not to maltreat oxen and another still protecting birds when in the nest…”

“You know nothing, pay attention. And the first environmental activist was Saint Francis of Assisi, the patron saint of animals and the environment, whom he called brothers. He begged alms for birds and suggested the presence of animals in the liturgies. He considered himself the son of a Mother Earth. And then there was Father António Vieira, who defended the Indians, the forests, and the seas in Brazil. One set freed the birds and the other spoke to the fish. As much as I hate to admit it, the Christians played a very important role in the defense of nature.”

“This Wikipedia is really interesting.”

“Hey, maybe one day the Vatican will join forces with Greenpeace and there will be a green pope, bishops brandishing crosiers on the high seas against whale-hunting ships, novices scaling the United Nations headquarters to unfurl environmentalist banners, the faithful lighting candles for the Amazon…”

“So you do see a use for religion after all. Maybe you have more faith than you think.”

“Faith in mankind, in nature and in all living beings, yes,” Magdalene said.

“Maybe that’s all you need.”

“Look, one day I’ll die, my body will be buried, eaten by worms, dissolved into the earth, then some plant will feed on my molecules and a part of me will be transformed into oxygen. Finally some animal or person will breathe me and I will become part of that being. This will be my resurrection.”

“I just hope you won’t be breathed in by some polluter,” Jesus said.

Magdalene shot him a puzzled look. “So, I’ll probably go to heaven and, at some point, I’ll meet you there too…”

“Everyone has their own version of Utopia, don’t they?”

“The majority of mankind seems to believe in something more than chemical transformations,” Jesus said.

“Have you ever known anyone to rejoice in death?”

“Couldn’t it be that they suspect that there’s nothing after that?” Magdalene asked.

“What’s the point in living if you believe in nothing?”

“It makes entire sense, because it’s all we have left,” Magdalene said.

“And those who become ill and disabled? Should they give up on life?”

“I hope to live for many years, but if an accident or an illness leaves me in a vegetative state, like a plant you need to water to stop it from dying, I would ask for them to give me something to make me fall asleep and never wake up. Would you be able to do that for me?”

Jesus paused. “As a proof of love?”

“And would you be able to pull out a plant that seemed withered to you? For the love of nature?” 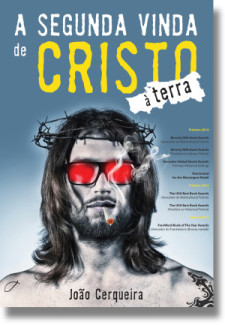 The novel is not yet published in English;  it was nominated for the 2015 Latino Book Awards,  Category E, Portuguese Awards