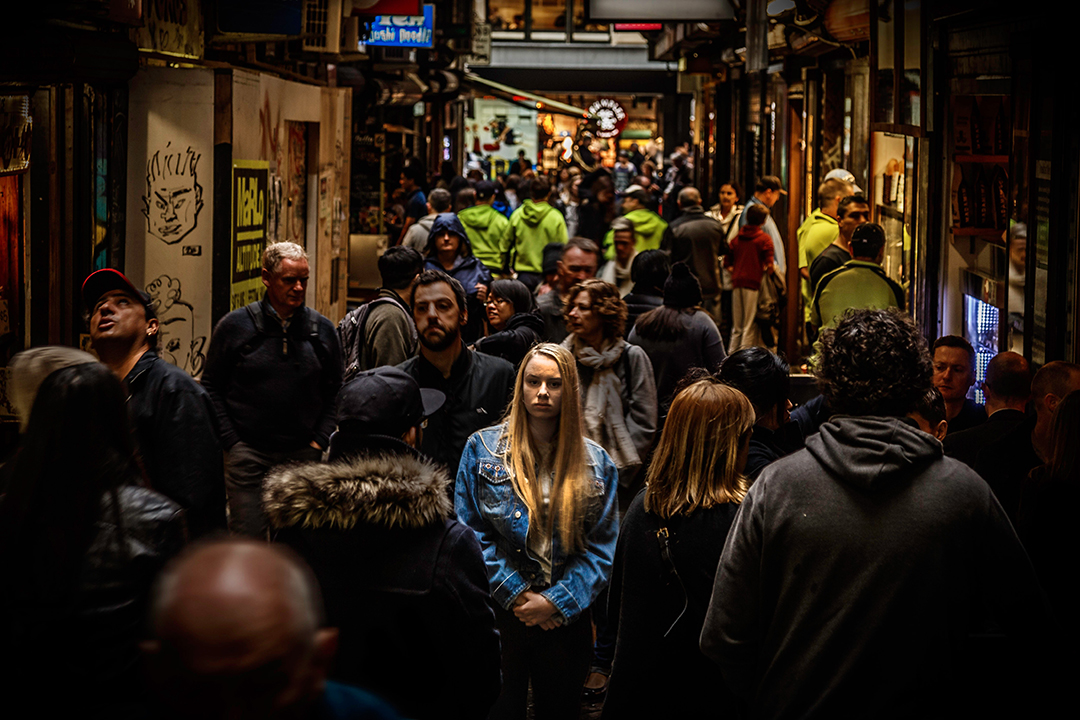 Waiting for her turn, standing three people back in his checkout line at the hardware store, she knew him from memories. Sweet memories from before his short stay; before he rented the apartment downstairs from her parents, his sudden fixation on her mother, her mother’s fear of him, her father’s warnings against the man, her own curiosity about him, and his obsession over her family. She recalled his initial kindness, then his beguiling influence, his continued insistence after many fierce warnings, his twisted spurn, his rebuke, his anger, the flames, pain. How he burned sweet memories to crust.

The years had turned his hair gray, yet it formed the same wiry tight cap over his head. His crooked fingers still sported the same nicotine hue. She watched his yellow thumb spin cans of spray paint in a straight row as he bagged them next to his register. He had done the same with his combustible cans along a top shelf in their basement. Such precision, like a little boy’s lined up, ready to forge ahead to an imaginary battle with heat. Lighter fluid is so flammable. He had so many cans.

His eyes were still lazy, even as he worked. She felt her own eyes widen as she watched his, noting his familiar wayward concentration, as if he, alone, witnessed something from the corner of his eyes that no one else could see. The arrogance was still there, too. His attention never lifted, drifting to acknowledge the customer standing in front of him. He concentrated on the syncopation of the staccato beep he created with the price gun. Beep, beep, beep.

She followed, next in line now. He stared over the heads of the elderly couple as they abused his time arguing over which card to use, misinterpreting the directions on the card reader, and forgetting their PIN number. They forced him to clear the transaction and start over. He rang their light bulbs through exactly the same way; beep, beep, beep.

It was her turn. She stepped forward, tossing an unneeded roll of packing tape on the counter and waited.

Will that be all ma’am, he recited.

He never dropped his stare from the vanishing point over her head.

She did not fumble with a card and a detached machine. Instead, she handed him a five, establishing a degree of contact, even if only through a piece of paper. He took the bill, tapped the keys on his register, forcing open the drawer. She held out her palm, spreading long fingers wrinkled and scarred by the echoing shapes of flames that once danced across her skin. He placed a single bill in the center of her hand and piled the change on top without ever touching. He stepped back, waiting for her to move on. As if she stood on a conveyor belt of customers, a faceless peg on the continuing loop of bodies filling his days. She wondered if he ever did notice anyone’s eyes. Even their eyes, her family’s terrified eyes, as they watched their house and everything they own burn to ash. Did he see her eyes? A little girl’s eyes crying from the pain, feeling the burning to bone. Caught in his fire. The one started out of hate. No. He did not stick around. But he left the empty cans and his cigarette lighter behind, like casualties, his fallen comrades.

She took her bag and turned to the doors that swiftly parted for her to pass under a blast of chilled conditioned air. No beep. She heard the sound of a hacking inhale, the type that can suspend a pause. There were others waiting in line and still there was no beep. She flirted with the temptation of turning, to catch him watching, if he recognized her. His surprise. Perhaps his regret. Curiosity. Guilt. The opportunity for an apology.

She turned her back on him. She kept walking, feeling satisfaction in hate, in knowing he would never face real hate, never face the scars of hatred, and by turning and walking away she forced the truth—forced him to face the fact that he was weak, a weak man, too weak to face true hatred. Oh, the simplicity of it.

Julieanna Blackwell’s stories and essays have appeared in several publications including Lunch Ticket, Thrice Fiction Magazine, Burningword Literary Journal, and a regular feature in SCENE Magazine’s yearly beach read issues. She is also an editor for 805 Literary and Arts Journal, the first literary journal published by a public library in the country. A native Chicagoan, she lives in Florida. Visit her at JulieannaBlackwell.com