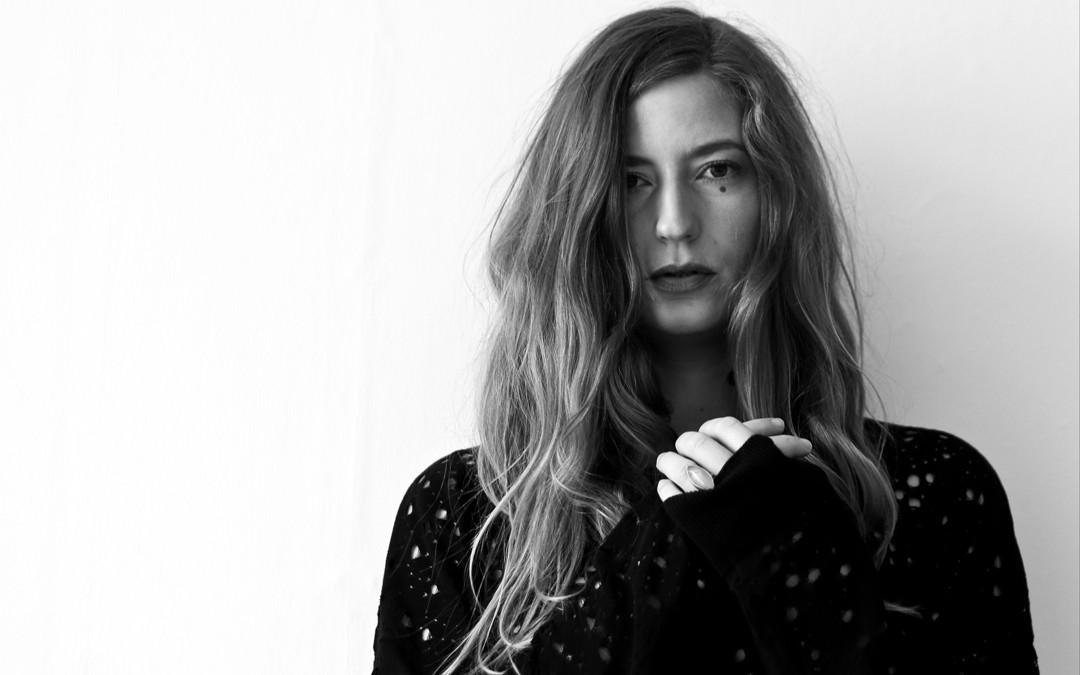 Kristina Jung is a reincarnation of the 1960s folk spirit. That’s what I think of when I hear her sing, and recall songs by Mimi Fariña and Peter, Paul and Mary. Kristina is from Rostock, Germany, and her EP was reviewed last year at Ragazine. Hearing her sing is a captivating experience. One is guided by the depth and intensity of her voice into a sense of profundity. Now, in support of her Autumn tour,  Ragazine is proud to share an exclusive First Link to her video of a new song Rostock 2 / Infant Thoughts, recorded by Hafenkantsongs.

Kristina introduces her song in her own words:

In the summer of 2014, during the World Cup, friends of mine took me to the anatomical museum in Rostock, a Northern-German city I used to live in. We were in the middle of finishing a performance project and it was a very hot day, and so I entered the museum in a very somnambulic state of mind.

The anatomical museum of Rostock is not an actual museum but a collection for educational purposes. We had to obtain a special permission to get in. It consists of one large room, full of dated exhibits, stuffed animals, skulls, drawings, some of them still have “race” as an organizing principle. So the whole place seems to mirror some 19th Century taxonomical logic that resonates with nostalgia in a way that makes me wary of the sometimes conservative political matrices hiding behind our longing for the past.

As I strolled along meters and meters of shelves full of fetuses, limbs and samples of cancer, I found an exhibit that still haunts me. It was a newborn infant, kept in a jar full of formaldehyde. It had not developed a brain. Deformed as it was, it was smiling, like it was having a nice, little, private joke.

We stayed in the museum for maybe two hours. When we left I touched a piece of human colon that was lying around on a table near the door. It felt like foliage. I felt very mortal.

I left Rostock this summer. I had lived there for a little bit more than two years and I felt that I had failed the city and it had failed me for numerous reasons. As I prepared my move and as the weather became warmer again, my memories of the anatomical museum became almost physical. I wrote Rostock 2 / Infant Thoughts as a farewell to the city and as a little salute to the wayward baby, sitting in a jar, smiling for eternity.

***
Here are the stations of Kristina’s tour through Germany and Switzerland September and October 2015:

Read more about Fred Roberts in “About Us.”