Autodidacts, as all of us with college educations know, are people who have been partially or wholly self-taught. You may have heard of some of them.

For example, among writers, Jorge Luis Borges was an autodidact.

Hermann Hesse won the Nobel Prize for literature, and so did Jose Saramago, who had to abandon college because he ran out of money. So did Rabindranath Tagore, the Bengali fellow who was the first non-European to win the Nobel Prize. So did Ernest Hemingway, who was primarily self-educated after high school, reading for hours at a time in bed. He might have used bigger words if he had attended college, but who am I to criticize?

Harlan Ellison attended Ohio State University for 18 months before being expelled for hitting a professor who criticized his writing. For the following 40 years he sent the professor a copy of every work he published. Ahh, revenge is sweet, ain’t it, Harlan?

H.P. Lovecraft was a self-taught writer who attended school only in brief stints, since his health problems hounded him his whole life.

Maxim Gorky, Sir Terry Pratchett, and Herman Melville didn’t bother to stay in school either, once they learned how to type.

George Bernard Shaw left formal education, comparing schools to prison. Those are the most harsh words I’ve ever heard from a vegetarian pacifist.

Louis L’Amour left his home at the age of 15 to expand his horizons. He worked many jobs while educating himself.

Ray Bradbury did not attend college, saying, “libraries raised me. I don’t believe in colleges and universities.” But ironically, they sure believe in him. Bradbury’s stories and novels are required reading in many schools.

L Ron Hubbard started out as a science fiction writer and then founded the Church of Scientology. Maybe you don’t need formal education if God has your ear.

Great writers aren’t the only ones who succeeded without a sheepskin. A number of actors, musicians, and other artists are in that untutored boat.

Claudio Arrau was highly regarded as an intellectual despite his lack of formal education outside his musical training. Arrau spoke five languages that he learned on his own.

Frank Zappa said, “Drop out of school before your mind rots from exposure to our mediocre educational system.” But I liked him anyway.

The magic team of Penn & Teller are both autodidacts who may have taught each other to say, “abracadabra.”

Keith Moon, the drummer for the rock band The Who, is one of the greatest drummers of all time, but had only three or four drum lessons with Carlo Little, an early member of the Rolling Stones, who was also a self-taught drummer.

David Bowie had a few singing lessons, but basically taught himself to play the saxophone, the piano, the harmonica, the bass, percussion, the electric and acoustic guitar, and the synthesizer. He also taught himself painting, sculpture, dance, and mime. No wonder he had no time for school.

Both Jimi Hendrix and Kurt Cobain taught themselves how to play guitar.

Eminem dropped out of high school at age 17 and had to repeat ninth grade a few times. He said his ability to rhyme came from reading the dictionary front to back multiple times to expand his vocabulary. Yes, that would do it.

Malcolm X copied a dictionary word-for-word while in prison for seven years.

Frank Lloyd Wright, who thought a lot of himself, apparently didn’t think too much of formal education. But along with womanizing, he taught himself architecture.

Neither did Charles Darwin, Christopher Columbus, or Benjamin Franklin.

Buckminster Fuller did graduate high school, but was expelled from Harvard. Twice.

Amadeo Giannini, multimillionaire founder of the Bank of America, dropped out of high school.

Kató Lomb, one of the first simultaneous interpreters, taught herself ten languages.

Wikileaks founder Julian Assange was kept from school by his mother who thought it would “inculcate an unhealthy respect for authority.” Her plan seemed to have worked with little Julian.

Then there’s Abraham Lincoln, the poster boy for self-teaching.

Now that I contemplate all of these luminaries, I’m wondering how famous I would have been by now if I hadn’t wasted all of that time in classrooms. You might have read about me in, um, school.

Mark Levy is Ragazine.CC’s “Casual Observer.” He is a lawyer, lives in Colorado, and is an occasional contributor to National Public Radio where his commentaries can be heard some Saturdays around noon. You can read more about him in About Us. 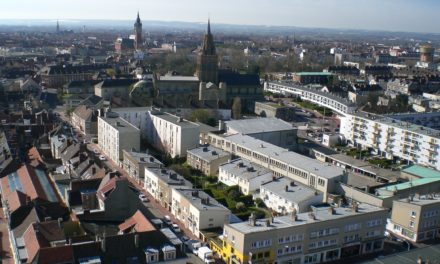 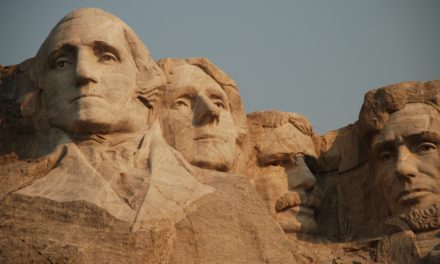