I’ve been spending time in my doctor’s office lately, not because I’m sick or injured, but because I’m one of the few patients of his who’s insured. See, he’s got two kids in college and a Ferrari that is only three payments from being paid off. So he really needs me more than I need him and we both know it.

His staff is friendly enough, but after my string of monthly visits, I’m afraid they’ve begun to take me for granted. At least they don’t make me wait in my doctor’s front office like the hypochondriacs and the underinsured; but on the other hand, it seems to take him longer and longer to arrive while I wait for him, dressed only in my underwear. He keeps his examination room at a brisk 52o.

On my last visit, I began to snoop around the room, doing what I imagine most people do in the same situation: playing with the tuning forks and trying out some of his wooden tongue depressors. As I became increasingly bored, I was reminded of what Shakespeare has Pistol say in Henry IV, Part 2: “It’s an ill wind which blows no man to good.” Well, the wind in his examination room was not an ill wind; it blew me to his bookcase.

A small file jutted out from the second shelf. It was labeled “Confidential Terminology.” Who wouldn’t be intrigued with a title like that? I knew I would never forgive myself if I didn’t investigate.

But even as sanguine as I am, I wasn’t prepared for the treasure trove I uncovered. It was a multi-page document of acronyms and abbreviations that medical personnel use to hide information from their patients.

Page after page of abbreviations leapt to my unblinking eyes, alphabetical gems, one after another.

The physicians who devised this list appear to be obsessed with death. For example, if the doctor or nurse says the patient is being transferred to one floor higher than the top story of the building, it means the patient is dying. He is, in fact, NGMI — Not Going to Make It. ART stands for Approaching Room Temperature or dead. Let’s face it: he’s not just SIO — Sleeping It Off; he’s in PBS — Pretty Bad Shape or in RBS — Really Bad Shape. The same condition is also referred to as FTD — Fixing To Die.

Sometimes, despite the best efforts of medical personnel, the patient is GDA — Gonna Die Anyway. If the patient is in that state, he may be GPO — Good for Parts Only. That’s because of the presence of GRAFOB — the Grim Reaper At Foot Of Bed.

Once the patient expires and goes Paws Up because his LRO — Luck Ran Out, he is said to GTTL — Gone To The Light or HBD — He Be Dead. Discharged Downstairs means transferred to the morgue. That’s very similar to Celestial Discharge or Celestial Transfer or Transfer to the ECU — Eternal Care Unit.

Beating Off Angels means performing CPR on a patient who  won’t survive. On the other hand, a Coffin Dodger is a person who does survive against expectations, despite the inept work of a Knife-Happy Blade — that is, an arrogant, overly enthusiastic surgeon who works in a Doc In A Box — a small clinic. He may have performed a Foreverectomy or Horrendoectomy — a surgical procedure that lasts a very long time. He may have Buried the Hatchet — accidentally left a surgical instrument in the patient. And he may have noted on the patient’s record, DTMA — Don’t Transfer to Me Again. Often the DTMA patients have LWS — Low Wallet Syndrome with no medical insurance or money.

If the surgeon had been more experienced, he might have performed a simple Peek and Shriek — opened the patient surgically, discovered an incurable condition, and closed the incision immediately. Unfortunately, the surgeon had no basis for Blamestorming — apportioning blame for mistakes to the lowliest medic in sight or writing SODDI — Some Other Doctor Did It.

Coffin Dodgers and other seriously injured victims sometimes spend time Gone Camping — in an oxygen tent or, if they’re children in oxygen tents, Happy Little Campers. The Coffin Dodgers who are at least semi-conscious are often referred to the Freud Squad — psychiatrists.

I am happy to share these well-kept medical notation secrets with you in the hope that you may someday realize how serious your condition is and escape from the hospital before it’s too late and you have OFIG — One Foot In the Grave.

Mark Levy is Ragazine.CC’s “Casual Observer.” He is a lawyer, lives in Florida, and is an occasional contributor to National Public Radio where his broadcasts can be heard some Saturdays around noon. You can read more about him in “About Us.” 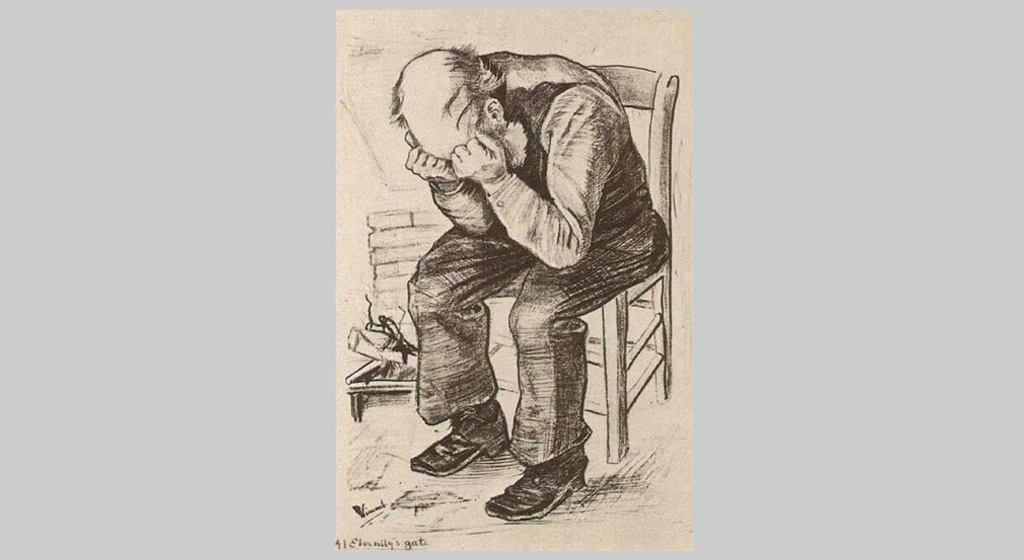