Gulls tow my gaze out
beyond the breakwaters
and jetties, to coast there
among the glass towers.
Wind whips the water in me
into waves and spindrift.
Along all my shores
are hardnesses broken down
into sand, fragments supposed
to equal the history of me.
But plovers and terns, masts
and backstays slice the glare,
light flexing over depths,
where, in the calm dark,
something swims and feeds
an unutterable memory of me.

I count the dead, mark their ages
from the latest school shooting.
Is a little of my humanity lost
in my relief that they’re not my children?
Rain pounded the windows
all day, blurring the image
of the world outside. Something
drowned in the gutters, but what?
My daughter asked to play
Battleship. She’s learning
how to position her boats—
a strategy that won the game.
I lost, but her win is my win,
her loss is my loss, and each
child that dies before learning
this strategy of love, is my child.

Before cooking pasta, my wife lets the water
come to a boil. Briefly, it spits over
the pot’s rim, sending the burner fire
into a kind of white rage: hissing and flaring.
We talk about the new president, the election,
the acid words that spilled into streets, homes,
scalding everyone in different ways: some
spitting fire, others getting burned.
My wife turns the burner down, throws in
the pasta. But we still feel the hate roiling
under the spinning coils of fusilli. It’s the kind of thing
that can unsettle the fantastic mix of our family seasons:
her father from Guyana, her sister and brothers, biracial,
she herself a mix of Native American, Mexican,
and European. We are colorful, like a good dish.
But the chief chef scalded many with his words:
African-Americans, Mexicans, women, Muslims,
the disabled—and the staff follows his lead,
spitting venom, threatening, waving spoons like guns
or guns like spoons, a war over the best recipe, the right
to healthcare, the right to be here, the right to rights.
Sitting in the kitchen, my wife weeps in my arms,
“We’ll have to figure out,” she says, “how to keep
everyone safe.” We discuss carpools,
traveling in groups from church. We eat our fusilli,
slowly, first blowing on each bite to cool it down.

In the Bark of an Ash Tree

If you walked with me through the park,
I’d point out this white ash tree,
try showing you the many metaphors
nested in the grooves of its bark, curves
layering intimacies lush and warm as O’Keeffe’s
flowers, their depths and currents of sex.
I’d trace its skin, how it enfolds and unfolds,
an ocean surface thrusting waves up into walls
to chamber the light, refractions of story, illuminating
steps that rise into the sanctuary of a cathedral.
Once bathed in Sainte-Chapelle’s baptism of colors,
windows fleshing out a history of the spirit’s struggle,
slipping even as it swam through the glass, I learned
none of these tropes are a right reading of the text.
The lines of this bark, elegant as any Milton penned,
darkly profound as Stevens plumbing imagination,
wind and break free of any reference, rivers
twisting a floodplain into an elegantly illegible cursive.
The message so plainly there in sweep and urge,
can’t be read. I can only decipher how I feel
warmed by its tuck and flow, like language itself, a motion
frozen, but carrying me on, breaking into dream
where a friend, long dead, speaks a truth
that in the waking world has no translation.
All I can do is call you over and point
at the intricate furrows of its beauty.

Michael T. Young’s third full-length collection, The Infinite Doctrine of Water, was published by Terrapin Books. His other collections are The Beautiful Moment of Being Lost and Transcriptions of Daylight. His chapbook, Living in the Counterpoint, received the 2014 Jean Pedrick Award. He also received a Fellowship from the New Jersey State Council on the Arts. His poetry, essays, and reviews have appeared or are forthcoming in numerous journals including Cimarron Review, The Cortland Review, The Los Angeles Review, Shrew, The Smart Set, and Valparaiso Poetry Review. 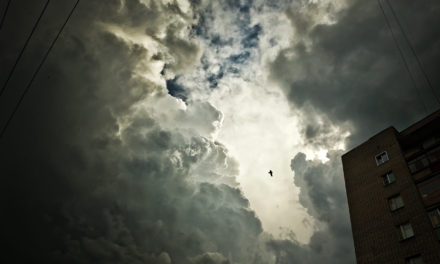 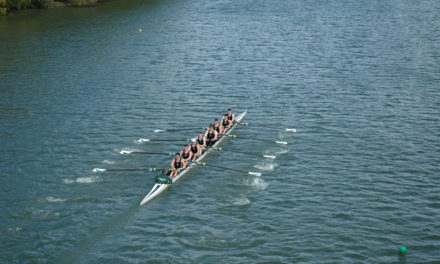