Is that jihad
war for Allah
and his people?,
and victory
that you have shown
the world the evil
of your foes?

Allah the hundred-
named if he
is all you say
faces no danger;
the shells the bombs
the phosphorus
that you with pinprick
rockets prod
your enemies
to hurl upon
your homes your schools
your hospitals
your mosques your markets
is that jihad
and victory?

Sick burned in bed
your wives and children
crushed or blasted
in their kitchens —
how is that jihad
for Allah’s people?

Rather you
have satisfied
fierce anger at
the wrongs inflicted
by your foes.

Your revenge-lust
has thrust aside
kicked and trampled
heart-wisdom
has drawn down death
and fire upon
Allah’s people.

Words of Joachim the prophet

Joachim the prophet lifts high his voice;
he calls from where he walks
and dwells in the Negev.
He seeks the rulers of his people;
he travels to their towns to meet them,
they will not hear;
the shutters of their hearts are closed against him,
their mind-doors barred.

So in the streets he cries:
Thus says Elohim
the Lord of loving-kindness,
who watched you through your anguish,
the years of your dispersal,
allowed the scattering that held your heritage alive
when foes would wipe you from the earth —
thus says your Lord:

Though I, your God have suffered much
through centuries of watching,
through times of your oppression,
though I have ever born your pains within my heart,
yet pain on your account
has never knifed as now.

You were a chosen people to me,
a holy people called
to teach my ways among nations,
to lead them in my paths.

I cry aloud.
Where shall your Lord find solace,
find strength, find comfort,
when my folk forsake my ways
and my chosen ones stray far?
My tears rain on your land;
bitter are its waters now,
salt its once-sweet soils.

You’re not the only folk of Abraham
who’ve learned to worship me
and follow my commandments;
you rob their life and livelihood,
your cousin people;
you took their lands and water
by power of your wealth and arms,
you drove them from their homes,
built walls against them,
and still you creep and take from what is left them;
you slay their leaders
you demand they not be armed against you,
you who answer stones with bullets
that the blood of children
runs in streets
and oozes over pavements.

Three thousand years ago
I bade you love your neighbour as yourself.

They also are my people whom you oppress;
they are your neighbour,
and bear my mark of circumcision.
You must live among them;
that is your history,
my challenge to you.

Your deeds are far from loving,
from giving soft reply
as Solomon my servant taught you.

Be not surprised then at their anger,
that now you answer not with love
but mortars, shells and rockets
hurled from land, from sea, from air;
you slaughter the women, the children the old
even in their homes,
their place of refuge.
You burn those left with phosphorous;
their skin peels from their flesh.

And then to heap my pain still higher,
you who fling terror
call your cousins terrorists.
You match in ill
your enemies of old.

O were there a man of Gotama’s wisdom;
for once he stepped along a river
between two armies lined up for slaughter,
to calm the keyed up kings and captains
sharp with spear, with sword, with bow,
holding horse- and heart-reins against
both death- and flinch-fear before their fellows,
and brought them at last to talking. —

O were there now a man of wisdom
to teach those warring sides, their leaders,
their ministers, where courage lies,
courage in the act of talking,
courage to set down bombs and rockets,
to face each other and themselves
across a table, to stay the course
until war’s cause is talked away;
to teach them anew that ancient truth,
anger breeds anger, mildness mildness
and always to speak a quiet answer. 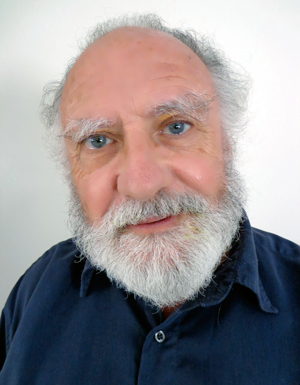 Murray Alfredson BA (Melb.) MLib (Wales) has worked as a librarian, a lecturer in librarianship, and in Buddhist chaplaincy. He has published essays poems, and poetry translations in eight countries; and two poetry collections: ‘Nectar and light’, in Friendly Street new poets, 12, Adelaide: Friendly Street Poets and Wakefield Press, 2007; and The gleaming clouds, Brisbane: Interactive Press, 2013. (Available through IP at: http://ipoz.biz/Titles/TGC.htm, and through Amazon) He has won several poetry prizes and commendations, and was nominated for the Pushcart Prize in 2009 and again in 2012. He was born in Mildura, by the River Murray, and he lives now on the Fleurieu Peninsula by Gulf St Vincent in South Australia.

‘Nor does the record tell the young
lad’s terror as his father raised
the newly whetted knife of bronze;
nor does it tell the narrow glint
of sun along the edge, burnt deep,
in Isaac’s memory.’ 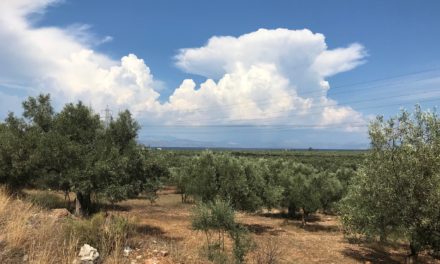