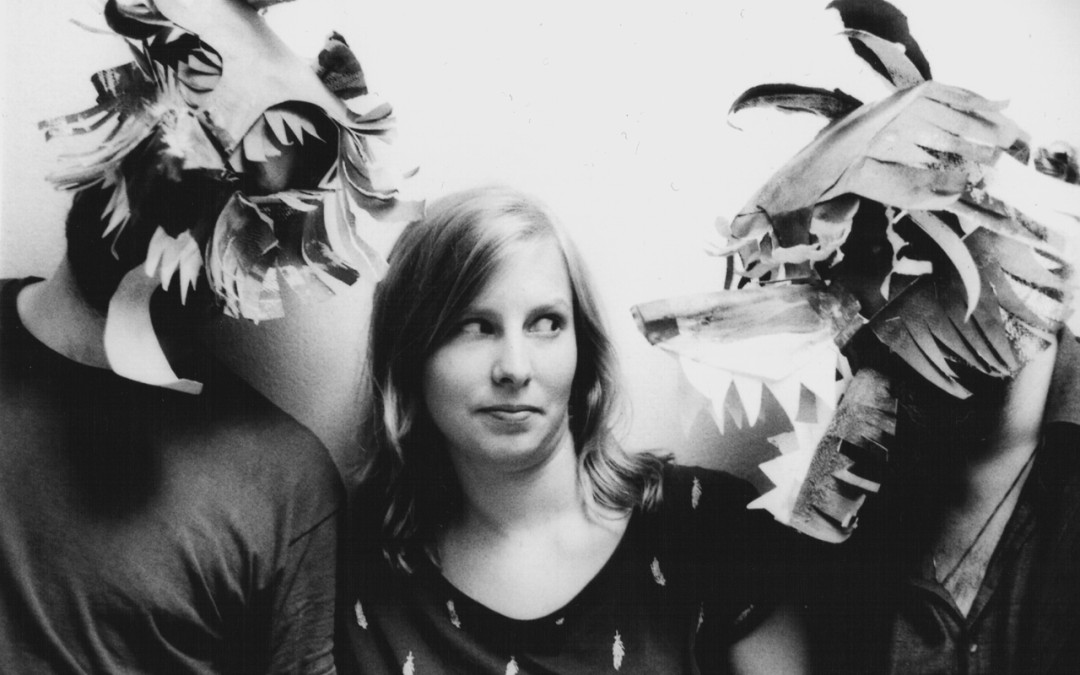 T he Blues are alive and well in the Warnow Delta of Rostock, Germany. The Louisiana Bayou, home of the evil eye, mojos and spells, isn’t just a physical location, it’s a realm visible to a few chosen souls wherever in the world they are. In a town circa 5000 miles away from New Orleans, as the black crow flies, Tobias Wolff and his band The Hoodoo Two play a Blues that taps into the macabre magic of voodoo and unleashes it onto their listeners. At the Local Heroes finale in Salzwedel this year, in which the best newcomer bands in Germany played at a spectacular all-night party, my personal highlight was the Hoodoo Two with a performance as raw and original as the Mississippi mud. 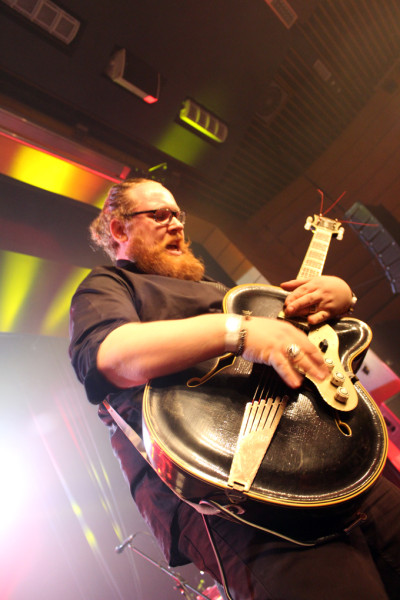 Tobias is a wildman on stage, howling out twisted, psycho lyrics while switching between various guitars, keyboard and harmonica. It feels like Muddy Waters and Howlin’ Wolf wrote these songs sometime after death, their spirits now watching in the wings as the band plays. The Hoodoo Two are Tobias vocals/guitar/et al, Linda on bass and Ringo on drums. Three people not two. This is explained at their website with the logic of hoodoo magic, in which three become two, become one. It is even more eerie if you consider that the three EPs they’ve released to date contain seven songs each: Werewolff (2015), It All Boils Down to the Mud (2013) and, in a beautiful vinyl edition, Songs for the Driven (2012). And it probably means nothing that Google returns the distance between New Orleans and Rostock in round numbers of 5020 miles or 8080 kilometers depending on the standard of measure.

These are the kind of numerological manifestations you’d expect to find if voodoo were involved. The Hoodoo Two’s newest EP, Werewolff, opens with “No Service,” conjuring images of a back country church in the swamplands (it’s that kind of service). The title track “Werewolff” captures the astonishment of a man whose lady turns into a werewolf: “Baby, you look strange tonight in the moonlight” − it can’t end well. The variation on the classic Blues theme in “I Love the Way You Aah Whatever” a la John Lee Hooker takes a more sinister turn with the closing line (spoiler alert) “I love the way you spill / I love the way you spill / I love the way you spill / your brains when I shoot you in the head.” Moments like this could make even Johnny Dowd shudder, and if not that, perhaps “Swallow My Ashes,” from their previous album. Tobias has a wicked sense of humor in his songwriting.

The Hoodoo Two add more depth to their interpretation of Blues with a song in Low German dialect “Dat Du Min Leevsteen Büst” and ballads like “Carrie Anne,” a vocal accompanied by accordion only in an intriguing marriage of zydeco and North Sea shanties − Rostock is a harbor town, after all. It’s also a love song to two women at the same time: “I love them both, Carrie and Anne.” All in all I was excited to find this EP, as well as the other two, and recommend them to any Blues aficionado. During my time in Germany I haven’t found many German Blues bands that felt at home in the genre, that truly felt the Blues spirit. Das dritte Ohr, The Delta Blues Band (Bernd Haacke/Erhard Hirt), the (Austrian) Blues Breakers (Ossi Huber, Dieter Themel) and Willy Michl, whom I reviewed in an earlier Ragazine are exceptions and examples of the old garde. But during the last 25 years, the Blues appears to have become a forgotten genre on the German map. That is another reason to celebrate The Hoodoo Two and the reincarnation of the Blues spirit.

Fred Roberts is a native of Cincinnati living in Germany since 1987 who enjoys subverting the arbitrary commercial process in which great works often go unrecognized. He has a dual B.S. in Computer Science and Psychology from Northern Kentucky University (1984) and a Masters in Psychology from Bielefeld Universität (1999). He contributed short stories to the early ezine D A D A RIVISTA CULTURALE E/O TELEMATICA (1995/96), and later to the short-lived Greenbeard Magazine, in 1997, receiving a Google Blog of Note citation for his weblog indeterminacy.blogspot.com where he wrote 428 “one-minute short stories” inspired by found photos. Fred is also creator and designer of Elbot.com, an award-winning AI system. His interests include literature, film, photography and discovering all the well-kept secrets Europe has to offer.