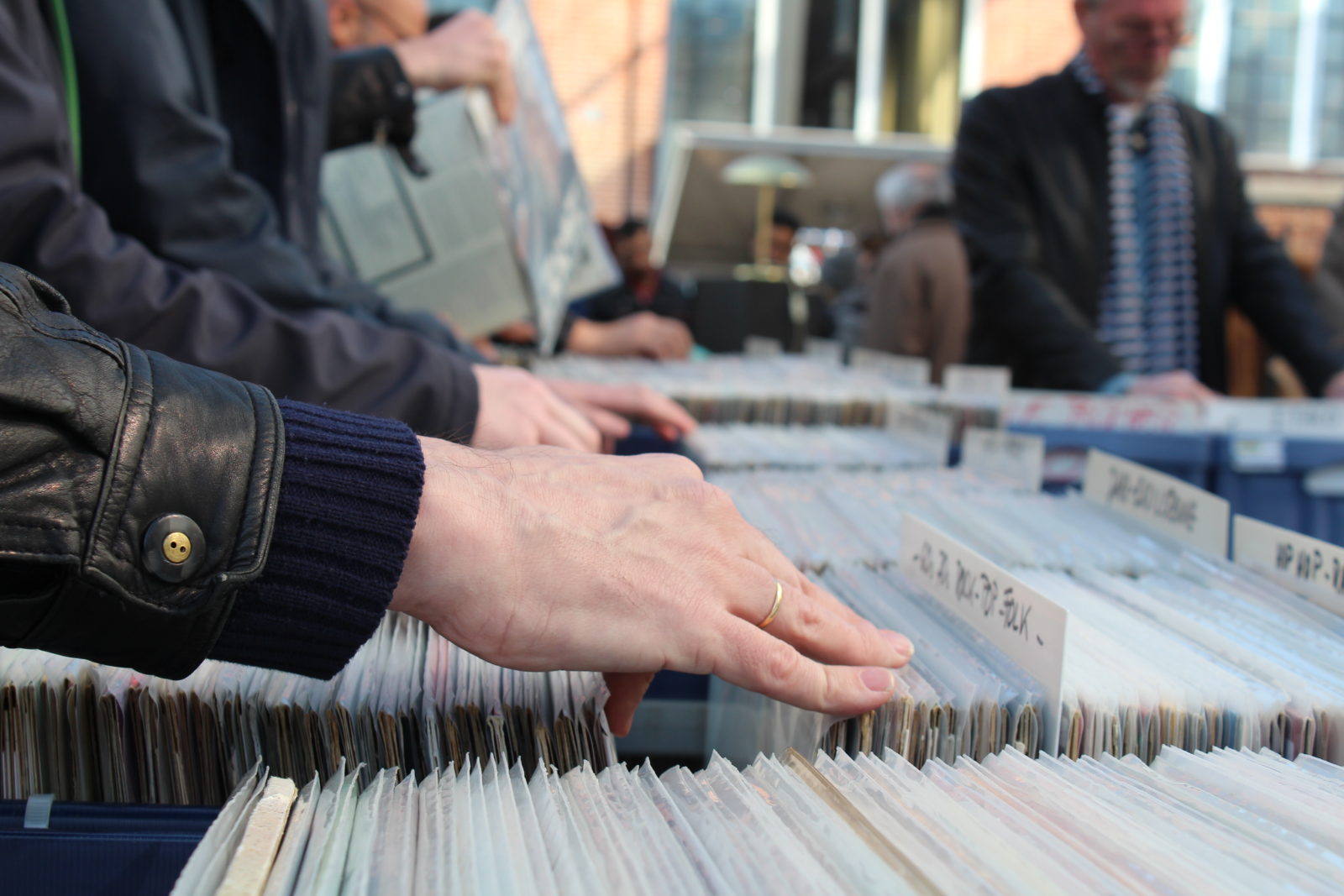 Tip of the Iceberg
in a Digital Sea

Ten Releases You Really Ought to Hear

Writing about music tears me apart, because I learn about so many artists that deserve to be known, yet I am extremely limited as to what I can cover in a bimonthly magazine. The music piles up at my desk, in the the living room, all over the house and finally I have to surrender the goal to write about everything that I think is deserving. As a way to make a small amends for this situation, I describe here ten of the most interesting releases I encountered in the last year or so. It’s only the tip of the iceberg, but at least it’s a start. The order is alphabetical by artist/band name. 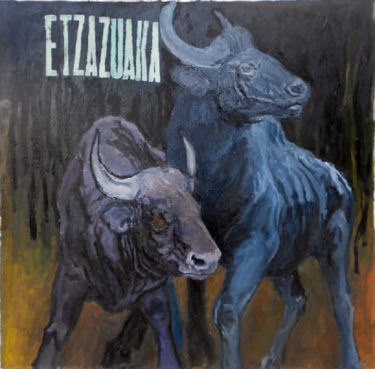 The incessant tribal drumming, the chant-like vocals, the ancient language of Basque in which every phrase sounds like a sacred incantation, all these coincide with a gentle approach to industrial, establishing a stunning, monumental aesthetic. The band is relatively unknown outside of the Basque Country, has performed only one concert away from home, in Madrid, yet somehow they managed to be discovered by a small independent label in Catalonia. In their home town, they rehearse in an abandoned abattoir, on instruments whose lineages reach beyond Medieval times. The music feels mystical, spiritual and primeval. My favorite track is Gure Gogoa (Our Soul). For vinylphiles Etzazuaka exists as a double LP in numbered black and green vinyl editions. The band exists since 1992 but this is an indisputable masterpiece. 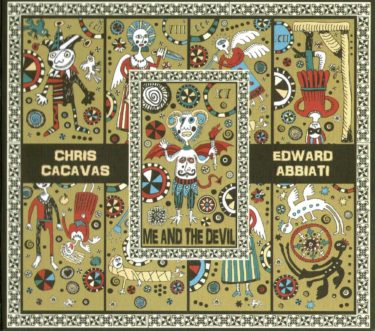 Chris Cacavas & Edward Abbiati – Me and the Devil, Appaloosa (2014)

Green on Red alumnus Chris Cacavas based in Karlsruhe, Germany teamed with English-Italian musician Edward Abbiati of Lowlands to record a gritty, hard boiled set of songs that make me nostalgic for Southern rock of the 70s. This album is what you pack in your suitcase when you leave the desert island: deals with the devil, pleading with the girl you love, standing with your back against the wall. It’s no-holds-barred life, down and dirty, pulling poetry out of a fight that no one can win. My favorite line is “I got a brass knuckle soul” from The Long Dark Sky, and of course the sky is falling down. The horns and organ riffs on Oh Baby, Please are delicious. If you’re lucky enough to find it, the original release includes a bonus disc of iPhone demos of all the songs. Coinciding with this review, a limited vinyl edition is available via e-mail to . 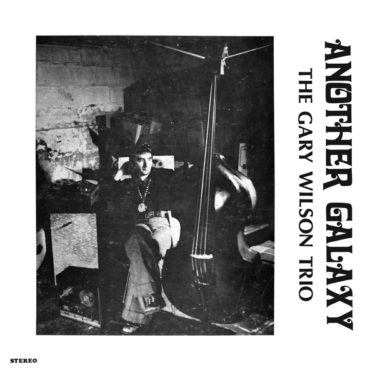 This is Gary Wilson’s first and rarest album, recorded before You Think You Really Know Me, but in no way overshadowed by it.. I was fortunate to find a used copy in a Johnson City, NY record shop more than thirty years ago. The last I saw, a copy of it went for $250 in Ebay, and that was more than ten years ago. This was the first jazz album I owned, and it also became my favorite. Then, to my Midwestern mind, it somehow grew to represent the sound of New York City. Today it seems like an homage to John Cage, with an added feeling of Sun Ra. The most magnificent piece on the album is the brief Softly the Water Flows, with Gary Wilson on piano. Grab the reissue before it’s too late. 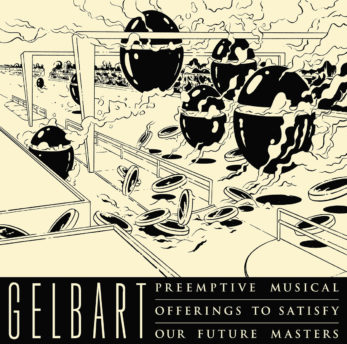 Preemptive Musical Offerings is like a 23rd century meeting of 50s beatnik jazz with early electronica a la Tom Dissevelt & Kid Baltan (Song of the Second Moon). The combination retains the charm and innocence of the original late ’50s’ era of electronic music, but also sends it through a wind tunnel. Gelbart imagines a parallel reality that could have been, and draws his music from there. If there are silent movies in the future, this will surely be their soundtrack, but until those days come along, the film Metropolis will do. A gem on the album is The Big Sleep, harpsichord juxtaposed with glitch, lonesome saxophone solos, the electronic sounds of instruments Gelbart constructed himself, and ending in a drone that may be symbolic of our demise. 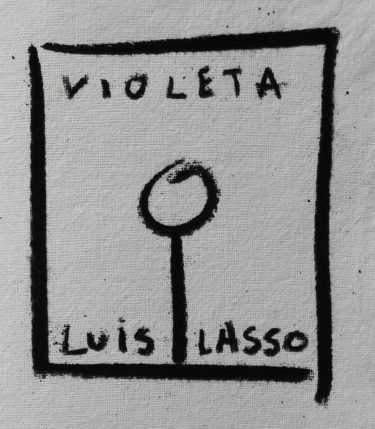 With his album Violeta musician-poet Luis Lasso reminds us that music can be fun. I first came across the Madrid artist on the Woodland 50 compilation reviewed here a couple of years ago. His fantastic contribution El Castor, like a wild ride on a fire engine through chaotic barrio streets, opens this album. The lyrics are in Spanish and the band is an extended group of musicians including piano, guitars, harmonica, trumpet, and more with Luis as lead vocalist. Some of the vocals enter the realm of slapstick, so over the top, but the musical compositions balance between playful and thoughtful and it works. A standout highlight is the endearing ballad Violeta Electrica, Luis with a chorus of Spanish señoras, music that flows like a lazy river on a summer day. Violeta makes me want to move to Spain. 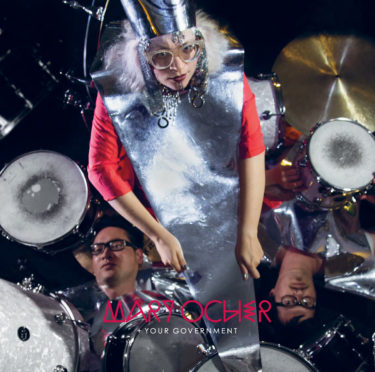 Finally a government we can trust! This is Mary Ocher joining with two drummers, Stefan Widdess and Oliver Rivera-Drew, to present avant grooves and futuristic arrangements of songs that might once have been traditional, as in Dream X3 with its distant feeling of a blues lament, and my favorite track on the album. It’s an audacious move to present arrangements so heavy on percussion, but the experiment pays off in tracks like Man vs. Air, a sublime orgy of rhythm and riffs. Mary is constantly reinventing herself, even in reinterpreting some of her earlier songs. The Sound of War sounds much fiercer and tighter than before, as does Howl, a rousing reimagination of surf beats. Refusing to stand still, Mary Ocher remains an artist to watch. 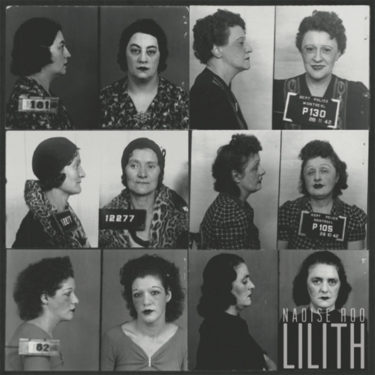 The 1997 song by Meredith Brooks Bitch also known as Nothing in Between may have been the catalyst to this debut album by Dublin songstress Naoise Roo in which she presents the persona of Lilith, the woman that men desire and enjoy at the price of a broken soul. In Whore Lilith will “do anything to keep you even if it’s wrong” and in Sheets, keep her waiting too long and she’ll “take a lover that don’t satisfy.” Between these two poles there’s a prism of nuances, passions and heartbreak, a woman obtainable and untameable in one breath. Naoise doesn’t just sing, she molds the words into sultry seduction that goes under the skin and bursts into feverous lust. Stand in Black gives me chills, the voice and instrumentation becoming quite dramatic in combination. On Tie Me Up, Tie Me Down, the sparse piano accompaniment underlines Naoise even more, to an abrupt end that shows the transient nature of the woman called Lilith. 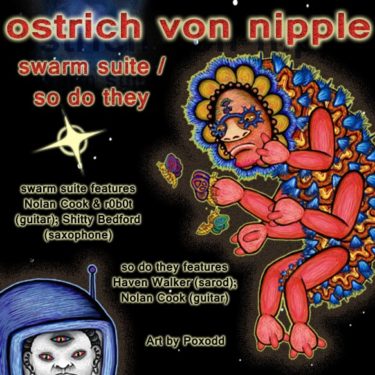 Search as you might, you will not discover much about the mysterious music-art collective around Ostrich Von Nipple. That artistic weirdness of this magnitude could survive in Atlanta is surprising enough, but maybe that explains why a European label released the music. The collaboration includes an obscure electronic musician known only as rObOt and the obviously pseudonymal Shitty Bedford. Together they sound like the house band of Willy Wonka’s Chocolate Factory, complete with untamed Oompa Loompas. It seems like they soaked up every bit of weirdness in American music and gave birth to new bizarreness. If they have a godfather, it would be the Residents. The title track Swarm Suite is a distant variation on Not Available. So Do They, side two, starts with an Eastern raga feel and drifts, accompanied by the ever present sitar, into an uncharted dream world where the Residents most have originated from Near East. The two suites are released on a 10” vinyl picture that itself is a bizarre work of art.

Rainer Buchmüller is a purveyor of the nadaphysical, a form of dada focussed on nothingness. He is also a collection of alter egos: Suger Ray Buckmiller, Fred&Luna, Zuckerstrahl and the poet Ariston Baton, perhaps explaining why he is so prolific in the field of electronic music – five artists can produce more than one. Through some strange quirk of fate, few have heard of him, but that is now changing. Stations in Belgium, the UK and Australia are beginning to feature his music, there’s a vinyl EP on Optimo Records, performances with the band he co-founded L.A. Sued, so that I am confident his musical vision will not remain a secret much longer. Rainer’s music has a driving, progressive, purposeful feeling to it. Motifs develop, intertwine and accomplish a final culmination of some theme. The Ahoi album is a good place to start among his multiple high-quality releases. It contains numerous surprises, including the hidden gem Der Luna-Radius, which could be a lost Satie composition, cyber-beats like Kuckegucke, poetic vocals (The Long Way Home), in short, a kaleidoscope of sensibilities with a depth of influences that could take years to uncover. The music is a distant relation to Kraftwerk or the late Andreas Leifeld (Song C). Update: The EP on Optimo Records Glück auf by Fred und Luna is garnering enthusiastic reviews and along with Ahoi! is warmly recommended. 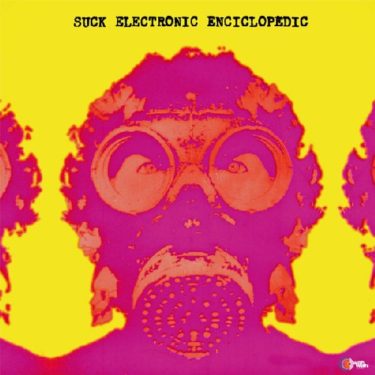 Wah Wah records released a beautiful vinyl edition of a grand band of “secret Barcelona” from the time before the city was set upon by modern-day gentrification. These are lost tapes from the late 70s at which time the band was in search of a label to sign on to. The music was too new and experimental for the Spanish labels of the time. Their only album release which came in 1982 is in a much more commercial style.  Asfíxia Al Carrer València sounds like a lost avant garde classic. The music radiates warmth, a style of electronic music building on Tangerine Dream and early Kraftwerk. Psychedelic guitar riffs, spacey synthesizers and the outstanding title track with saxophone accompaniment. Each track is laced with surprises. I grew very fond of this record at first listen, and the music appeals ever more with each listen. This is an album I am going to treasure in a long term way. 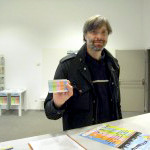 Fred Roberts is contributing music editor of Ragazine.CC. He lives in Germany. You can read more about him in About Us.