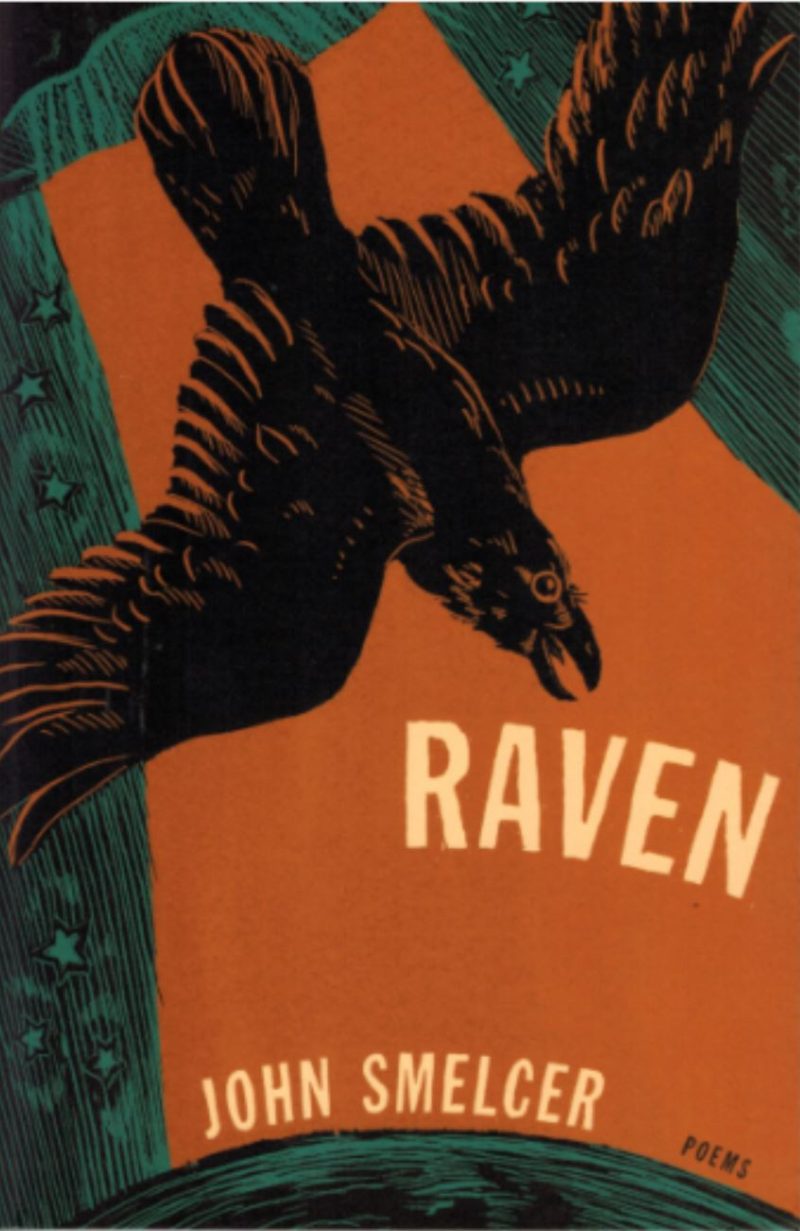 The poetry in Raven is not just an elder’s tale retold, not just another Aesop’s, but contemporary and imaginative retelling as a modern fable. And daring, in that a dangerous character is brought to life on pages where love and loss, good and evil co-exist. Smelcer not only colors outside the lines, but also adds dimensions to the background that will allow readers to delve more deeply into the psychologies of good and evil.

The opening poem, “The Birth of Raven”, sets the stage for a series of observations and revelations that mirror the Ted Hughes’ classic, “Crow”.

On the Monday after the first week
God accidentally made a black hole
which threatened to destroy Creation.

So he put it in a bag

But when He opened it

Raven flew out from the blackness
blinking and stretching his wicked new wings
bending his unflinching hunger earthward.

Using Raven as the standing metaphor for Human, we receive lessons in love, ethics and morality. The poems in this collection reflect on the enduring hardships and unanswerables facing mankind that influence both the choices we make, and the effects those decisions have on others. As a member of the Traditional Native Village of Tazlina and shareholder of Ahtna Native Corporation, Smelcer’s familiarity with that Native American nation’s heritage and tradition expands the scope of these poems beyond what we might understand as casual readers in English.

Providing somewhat of a moral compass dressed in wit and passion, Smelcer creates and shares creation myths that can be told and retold as witness to the struggles of Man against mortality, as evidenced in the final poem, “The Myth-Makers Imbibe,” where in Raven and Ted Hughes himself are found drinking together in a pub. I’ll leave it to you, dear reader, to join them at the bar.

Mike Foldes is the founder and managing editor of Ragazine.cc. You can read more about in About Us.