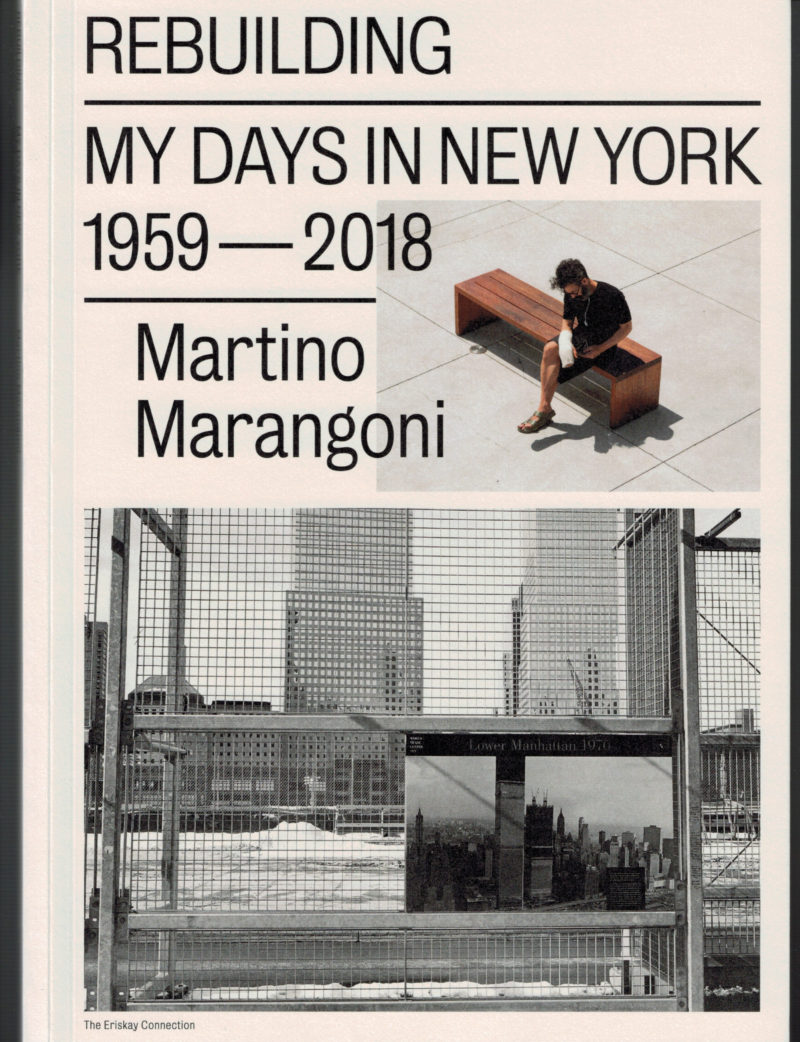 New York City has been, and continues to be, fertile ground for art, music, theater and other creative pursuits, photography being no exception. Give a kid a camera and turn him loose on the world and the pictures he takes will likely never be seen outside a small circle of family and friends, even as that kid metamorphoses into an adult who will, as so many do, put the camera in a closet, or a drawer, or on a shelf, hanging onto it as a relic of bygone days when every image smacked of delight. Imbue that child with a sense of awe, however, at both what she or he sees and what the camera can do with it, and what she or he can do with the camera, and you’ve awakened an inner giant, a genie anxious to grow and share its magic with whomever understands that what one sees is treasure.

And so it was that Martino Marangoni stood in wonder at the magnificent scapes presented to him as a boy visitor from Italy in 1959, and began a lifelong pursuit of capturing The City as it changed color, form and contrast, building and Rebuilding day to day even as the child himself grew to manhood, never giving up his love for either camera or that great, concretized chameleon.

And so it is that in “Rebuilding: My Days In New York, 1959-2018,” we are bestowed with more than a half-century of one man’s measure of Gotham’s charisma, choreographed by the millions of people who lived there, or were simply passing through; the kinetics of automobiles and buses, the virtuosity of light and dark, the effluence and affluence encountered in daily meanderings through strange and familiar streets, the occasional still moment in the shape-shifting monster’s delightful panorama. Marangoli gives us a stranger’s eye to look through, as well as a lover’s gaze solidified through the years by fascination and certainty there is no other place like it, as there is no other place like any other.

Captivating as it can be, Marangoni stepped back into the world from which he had come to NYC, returning to Italy and Europe where he continued to work and teach, returning from time to time to capture the images that would become the genies in the bottles of his photographic pursuits.

From his first arrival, through years of living in New York, and multiple visits thereafter (can one ever really leave New York behind?), his later work cradles city life as his hands cradle the camera.

The change, the differences and indifference, smokers in their multiple stages of addiction, and his own obsession with all that makes New York an elusive bride, cruel mistress, patient master, threatening foe and invaluable ally.

From rooftops to intersections, sidewalk sleepers to Central Park, Marangoni takes us everywhere he goes in New York, the places he retreats to to salve a tired mind and body, to the World Trade Center before and after it’s collapse, to the faces in and out of the crowds that populate the mutable worlds that exist in countless corners throughout that magnificent metropolis where billionaires and the despairing breathe the same unfiltered air as do so many nameless others.

Art and architecture combine in many of the images taken from nearly unique perspectives to reveal lines and shapes of other man-made creations too often passed by in one’s mad march from one venue to another on schedules that seldom permit one to see, as well as to look, at what around them makes New York the celestial caldron that it is. A magnet for some, anathema to others, a place to visit, a place to live, an amalgam to flee as if one’s life depended on it. The images become a series of anecdotes portraying bits and pieces of daily life, as well as seasons and decades of change, of resistance to stasis, of adherence to the vital flow of energy that rocks city life to its foundations.

One could do worse than to find in this book snippets of a film taken over the years, each frame referencing a place and time, a person, a thing, as it existed for the briefest moment in the practiced eye of a craftsman who found something of interest in the vagaries and variety vested in the complex rhythms of New York.

While most of the images are in black and white, there are many in color that offer welcome contrast in vivid tones to the gray matter of the earlier photographs. New York is a colorful place, after all, and if you’ve lived there, you’ll recognize much of what you see; and if you’re alien to it, this is a fine jumping off point to become familiar before stepping off your own boat from whatever foreign soil you’ve come from, whether it be Italy, Iowa or Tennessee. The photographer’s notes that appear throughout the book prove useful in many cases to understanding who and what one is looking at, and why that picture may have special meaning to the photographer. Another welcome addition is the essay “Rhapsody,” by W. M. Hunt, thoughtfully annotated with informative explanations bringing the reader nearer to both photography and the photographer for whom it was reverently prepared.

Mike Foldes is an electronics sales engineer specializing in electronic displays and power sources. A graduate of  The Ohio State University in anthropology,  he has edited and published magazines, poetry anthologies, chapbooks, alternate newspapers, technical publications, and was an editor and columnist with Gannett newspapers in Binghamton, NY. 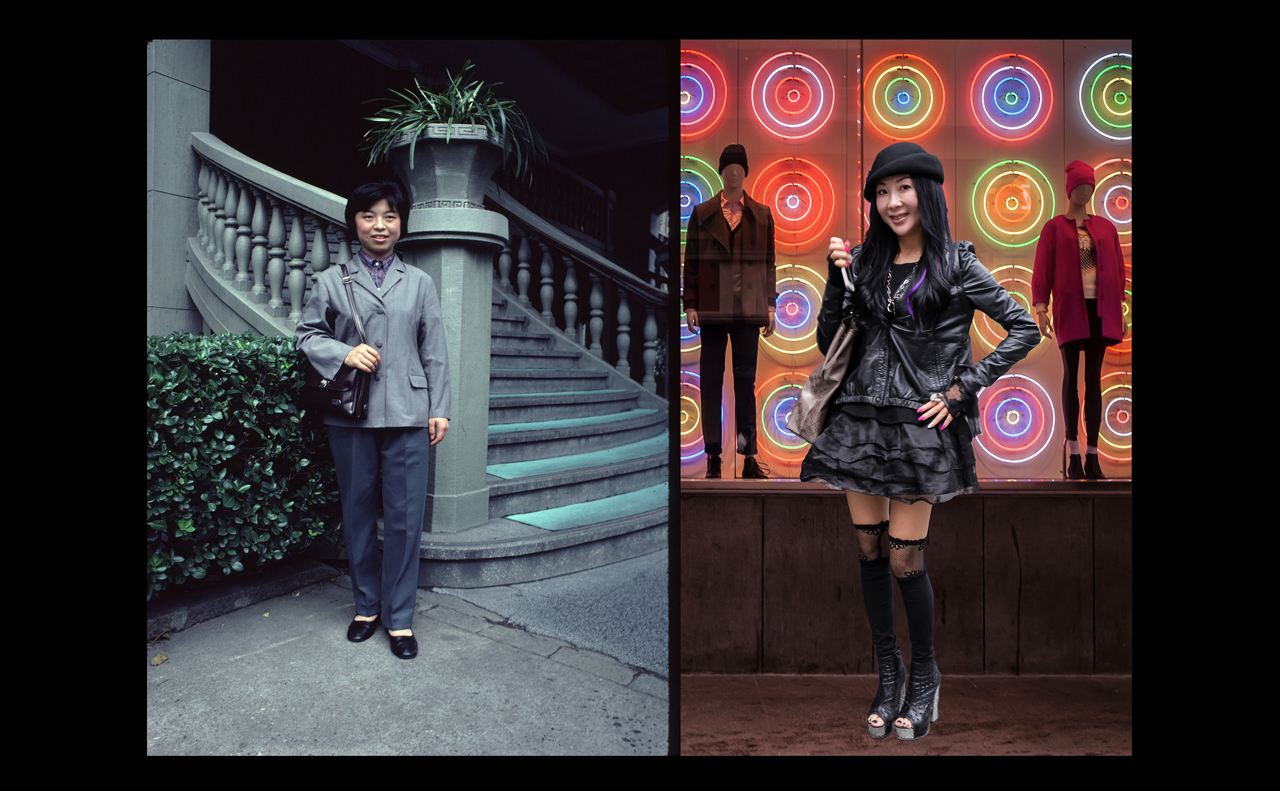 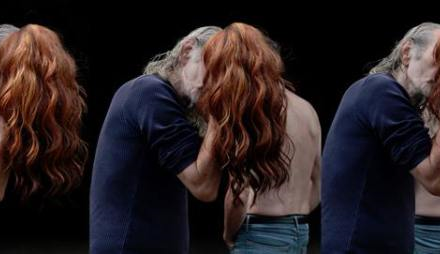 The Days of the Untitled Mona