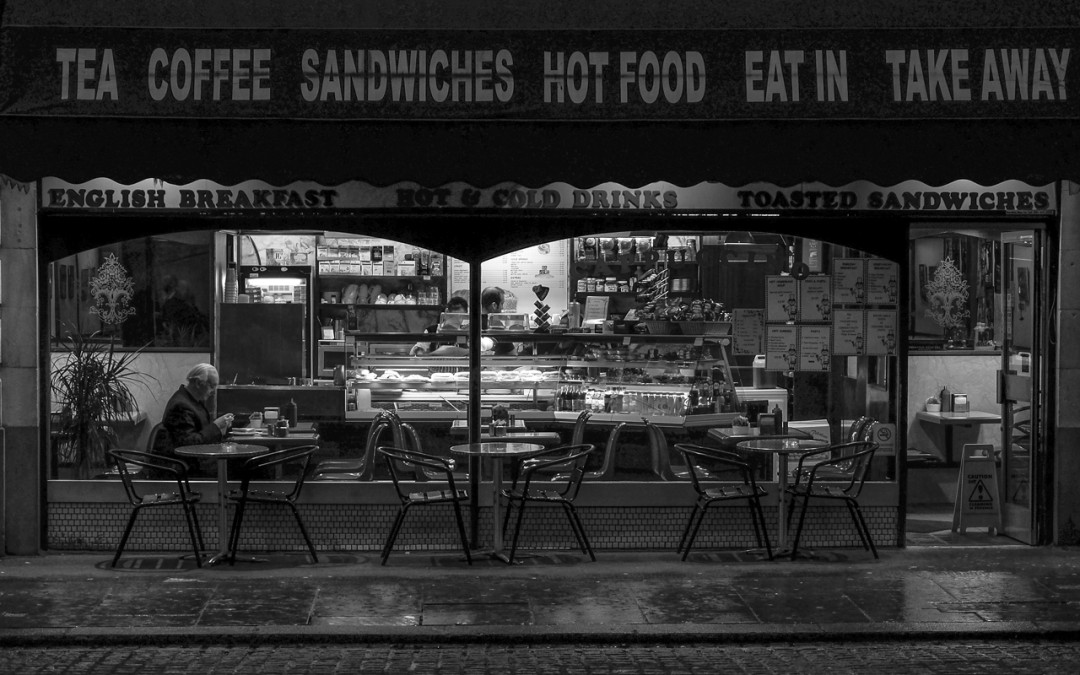 The inspiration for this series of photographs came from the famous painting ‘Nighthawks’ by Edward Hopper, which is a masterful work capturing the interaction between darkness and artificial light. I was walking down Duncannon Street near Trafalgar Square in London and spotted the Breadline Café. It was dusk, the ground was wet and the glow of the lights from the café had a ‘Hopperesque’ atmosphere. It was a photograph that was crying out to be taken and it was the seed from which this series of photos continues to grow.

I set myself a few rules for the project to try to inject some coherence – the photos must be taken at night, they must include people to provide context, and they are all in black and white. I have been asked why I don’t use colour in the series and the answer is simple – I only shoot in colour where it adds something to the photo that can’t be provided by black and white alone.  In this case I think colour would add nothing and could be a distraction but it all comes down to personal taste.

Mark Richards is a documentary photographer who lives in London. He has over 30 years of experience as a photographer, and until recently all of his work was done using a film camera. He recently made the switch to digital and now shoots exclusively with the Fuji X series cameras (X-Pro1, X-T1 and X100). More of his work can be seen on his website at http://photoponica.com