I have seen these trees before, mostly in paintings
from the 19th century: that one is a Thomas Cole,
Not really an oak; and this black walnut, though little
does it know, is in fact a fine example of an Eliza
Pratt Greatorex. I never took a course in art history,
or dendrology either, but I know these trees
As little as I know my father, now that he is dead
and I recognize him more fully in photographs than in my own
Indelible memories, which are in fact tragically, frustratingly
out of focus. And I am embarrassed to recognize the trees
Regard me not as I think of myself, but as a frame
from a comic strip—they are experts in anthropology
And popular human culture—the one in which Ignatz is throwing
a black brick at the back of Krazy Kat’s head. This is a particular
American problem. Claude Lorrain “had a liking for trees.” Sargent
deployed them like soldiers. But mine are laughing their asses off
As Herriman’s block of ink is about to hit me—as if trees had asses,
as if I were the assness of the ass, their pathetic fallacy.
So, like crematorium smoke rising on a dismal Thursday
over the Hudson, blurring the black skyline of Poughkeepsie,
The ashness of the ash escapes my eyes completely.

Before sunrise, in the first glow, a flock
lifts from pure darkness toward pure light.
I say a flock but not of what—who wants to know
the impurity of crow or grackle? It breaks
My stupid heart not to have been here in the clear
beginning, not to have felt the pure power of singing
The stories my sisters and brothers had agreed were ours,
not to dream the rising up of the will of all.
There was never such a time. But how can we live
not living in it? Ignorant as we are, we know
The unknowable particulates of living: soap scum,
ash, hair, crow shit: dust and the fractal dust of dust.

I feel ill every time I see his face
on a flyer, a billboard, a screen—
I feel the wolves of anxiety rip
my liver. I feel worms quiver, asleep
In the decadent boles of sycamores—
they are certainly real sycamores,
Aren’t they? Every time he speaks
I feel the rot blaze up, driven
By ugliness and doubt. It would be
better to be nerveless, like a fungus
Or a stone, or a fake sycamore, but how
do I know even they are not repulsed
As I am, but more slowly, more quietly?
Sentience is the curse of Being
When Being is busy being cursed.
Even the cockroach is in bad faith
About being a cockroach. Even the brick
in the asylum wall is jaundiced
By his shadow. Even the dead recoil from him,
nauseous, gnashing, still rocked
By agita in bardo, watching the evening news.

What’s the matter with the old musicians
of Kansas City? From here they look
Like planets exploded in the prairie wind.
That’s why the sunset swings
So hard, distant and bright and bloody.
I am crossing the border repeatedly,
Driving like a drunk dung beetle busy raising
the average IQ in two simultaneous states
In my wandering. Kansas is unknowable,
But so is Oklahoma, each a land of unlikeness
Papered over with Jesus billboards, littered
with beer cans and crows. What’s the matter
With consciousness? So much has been undone
This side of Manhattan, its passage
meticulously shaken by the tic of the algorithm
That governs the country’s heart.  The least
I could have done was rent an American car.
Driving this foreign import, I’m a moving target,
dragged on my chain between a silo on the northern
Horizon and a roadhouse at the edge of the world.
What’s the matter with the body politic,
So lean and hungry here, the country so worn
and thin? A savage economy locks
And loads, emptiness zeroing in.

T.R. Hummer is an American poet, critic, essayist, editor, and professor. His most recent books of poetry are After the Afterlife and the three linked volumes Ephemeron, Skandalon, and Eon. 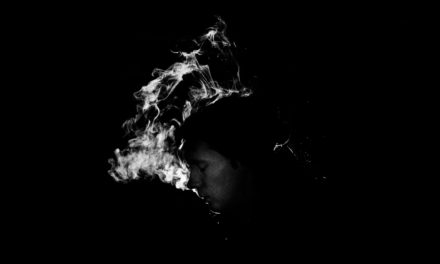